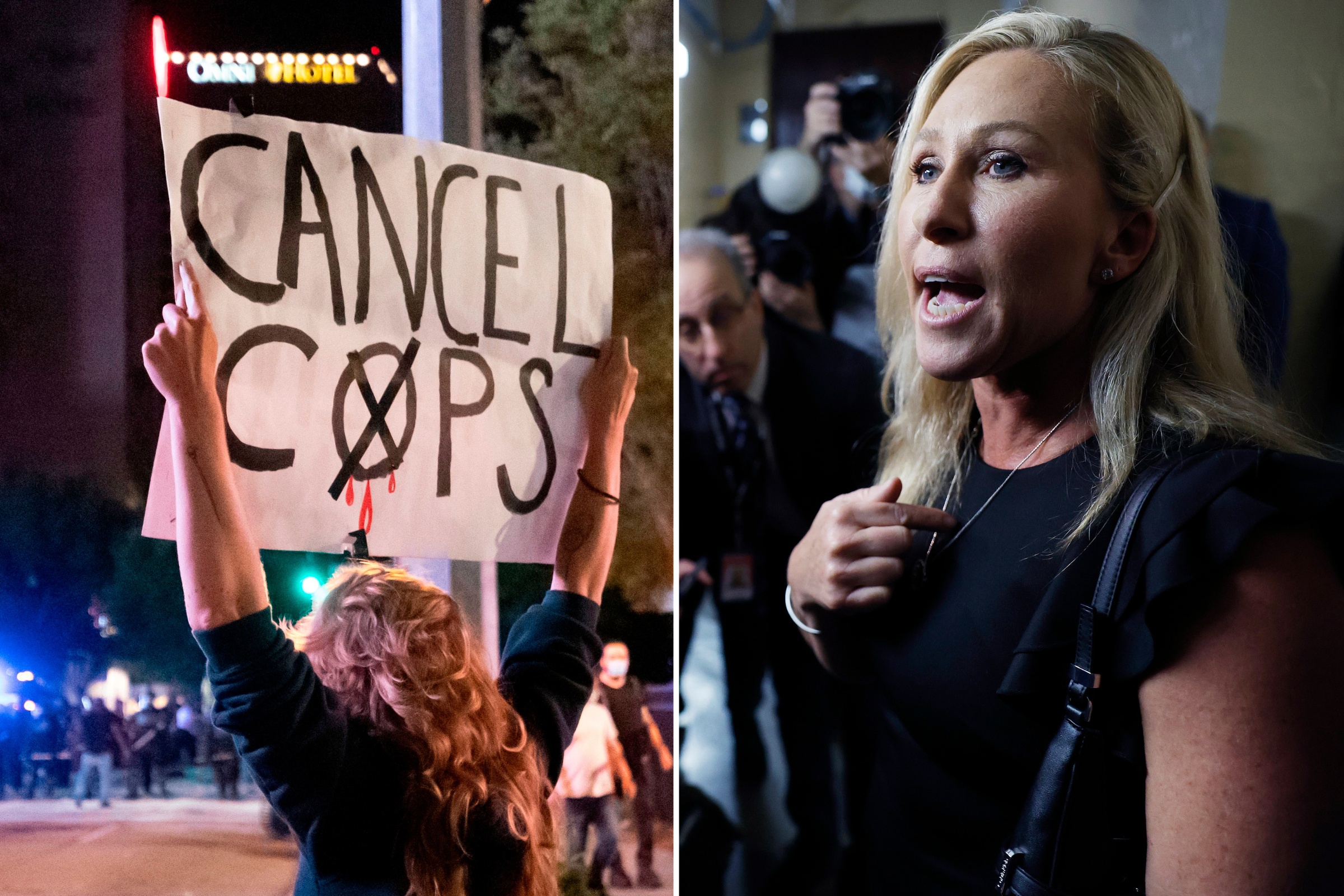 Representative Marjorie Taylor Greene is planning legislation to declare “antifa” a “terrorist organization” following a riot that she alleges the group was behind.

Six people were arrested over the weekend in connection with a protest-turned-riot in Atlanta, Georgia, which caused property damage including a police car set afire. Although it is not clear if any of the suspects were supporters of antifa, Greene quickly pinned the blame on the network.

The suspects are facing multiple misdemeanor and felony charges, including domestic terrorism. During a Monday night appearance on Fox News‘ Tucker Carlson Tonight that was shared to Greene’s Twitter account, the Georgia Republican lashed out at Democrats while vowing to introduce a bill that would label all of those associated with antifa as terrorists.

“I think honestly America is sick and tired of antifa,” Greene said. “Antifa is the ground troops of the Democrat party … They never get prosecuted. That’s because, well we know the truth, it’s the Democrats in control.”

“Well it’s time to do something about antifa,” she continued. “That’s why I’m going to introduce legislation to declare antifa domestic terrorists. Because they need to be taken apart. We need to investigate exactly who they are, who funds them.”

Greene went on to lament that antifa supporters “defend Democrat causes,” including what she said were “the drag queens targeting our children with Drag Queen Story Time.”

Antifa, short for “anti-fascist,” lacks a clear organizational structure and declared members. It is instead a worldwide ideological movement and loose network that began alongside the rise of fascism in post-World War I Europe.

Greene insisted on Monday that antifa supporters were “not the anti-fascists” but were instead “the fascists,” despite the movement being associated with the political left rather than the right.

According to Oxford Reference, fascism is defined as “an authoritarian and nationalistic right-wing system of government and social organization” or that which pertains to “extreme right-wing, authoritarian, or intolerant views or practice.”

Data has suggested that right-wing extremists are significantly more likely to become violent than left-wing extremists, according to a research paper published in May in the journal Proceedings of the National Academy of Sciences of the United States of America.

“Data on extremists in the United States showed that left-wing radicals were less likely to use violence than right-wing and Islamist radicals,” the paper states. “Our results are in line with past research showing that conservative ideology … is positively related to violent political behavior.”

The antifa movement most recently gained steam in the U.S. after left-wing protesters violently clashed with white supremacists in Charlottesville, Virginia, on August 12, 2017. Antifa has since become a favored target of right-wing politicians including Greene.

In May 2020, former President Donald Trump tweeted that the country would be designating antifa as a “terrorist organization” amid widespread protests against racism and police brutality following the death of George Floyd. Some of the protests became riots that many on the right blamed on antifa.

FBI Director Christopher Wray shot down Trump’s suggestion in September 2020, pointing out that although antifa was a “real thing” that was sometimes associated with violence, the loose network was “not a group or an organization.”

Greene has previously claimed that antifa was behind the January 6 attack on the U.S. Capitol, declaring last year that “no one can convince” her of the reality that Trump supporters breached the Capitol in an attempt to overturn the former president’s 2020 election loss.

Newsweek has reached out to Greene’s office for comment.