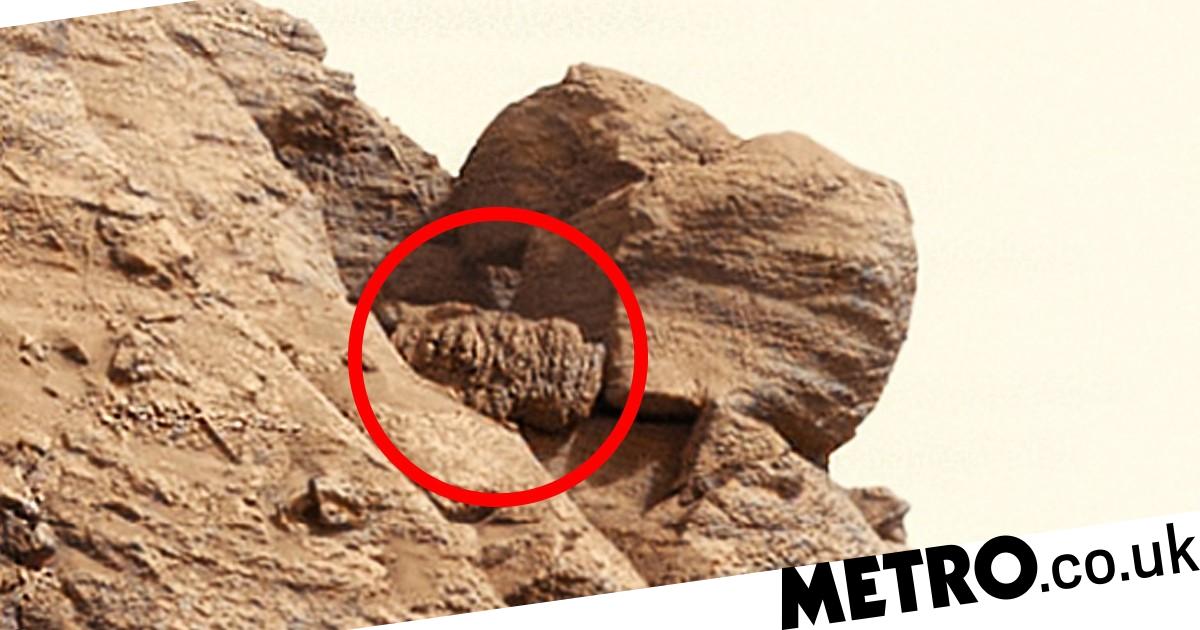 It’s an ancient carving of a ‘reptilian’ face sitting on a hillside on the rocky martian surface.

Or, you know, it could be just a rock.

The ‘face’ was spotted by alien enthusiast Scott C. Waring who was perusing images from Nasa’s Jet Propulsion Labratory. The pictures were captured by the space agency’s Mars rover that’s currently trundling around on the red planet.

According to Waring, who runs the popular UFO Sightings Daily blog, this is ‘100% proof of an alien species existing on Mars’.

‘Water on Mars doesn’t exist anymore, but even Nasa has made computer simulations of how they thought Mars died, and one of the ways was a solar explosion from our sun that stripped Mars of both its atmosphere and its oceans planet wide,’ Waring wrote.

‘That makes a lot of sense too me, and this carved head on the hillside is no longer a possibility but a reality.’

While it is true that Mars used to hold water – probably around 3.5 billion years ago – we’ve not yet found any evidence the planet harboured life.

And if it did, it’s unlikely they were reptilian aliens with a penchant for stone masonry.

Or perhaps we’re all wrong and this is in fact the Martian equivalent of Mt. Rushmore.


MORE : Can you top this man’s bid to get Elon Musk’s attention to be sent to Mars?