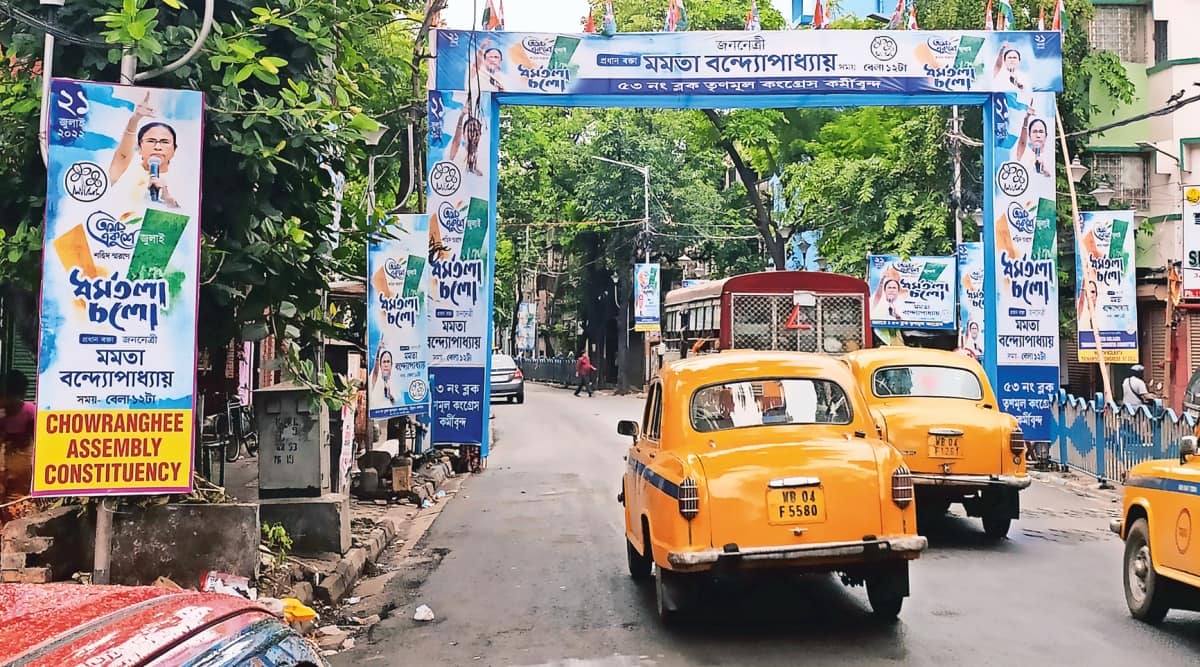 With ruling Trinamool Congress (TMC) holding the Martyrs’ Day rally in Kolkata after a gap of two years due to the Covid-19 pandemic, the party is leaving no stones unturned to make it the biggest rally so far.

Also, the July 21 rally, one of the important dates in the TMC calendar, will be held after the party came to power for the third straight term in West Bengal. On Thursday, TMC national general secretary Abhishek Banerjee visited Central Park in Salt Lake where party cadres coming from across the state will stay for a night to take part in the rally.“We couldn’t hold this event for the past two years due to the Covid pandemic. The last time we held the event was in 2019. So, naturally there’s excitement among people… For TMC supporters, who come from far-off districts like Cooch Behar, Alipurduar, Siliguri, Kalimpong, Kurseong, Uttar and Dakshin Dinajpur, we have made accommodation provision at Salt Lake Central Park (Mela Prangan). For TMC workers from Malda and Murshidabad, the accommodation has been made at Gitanjali Stadium in Kasba. Since the pandemic has still not subsided, I will request all volunteers to wear masks all the time and maintain Covid protocols. We are going to strictly enforce the guidelines, and hence CCTV cameras have been put up at the venue to monitor the situation,” Banerjee said after reviewing the preparations.

By July 17, all the preparations for the Shahid Diwas event will be done, the TMC MP added. “21st July remains etched in our hearts. Like every year, this year too, we will pay our heartfelt tribute to the martyrs and ensure that their supreme sacrifice is never forgotten,” he tweeted later.

The TMC leader also hit out at the BJP for raising statehood demands and accused the party of trampling upon democracy in the country. “The BJP leaders who have been demanding separate statehood for north Bengal, will have no future in the state. It is appalling what the BJP government is doing. One can see how democracy is being trampled upon. Apart from riots and arrogance, this BJP government has nothing to show,” he said.