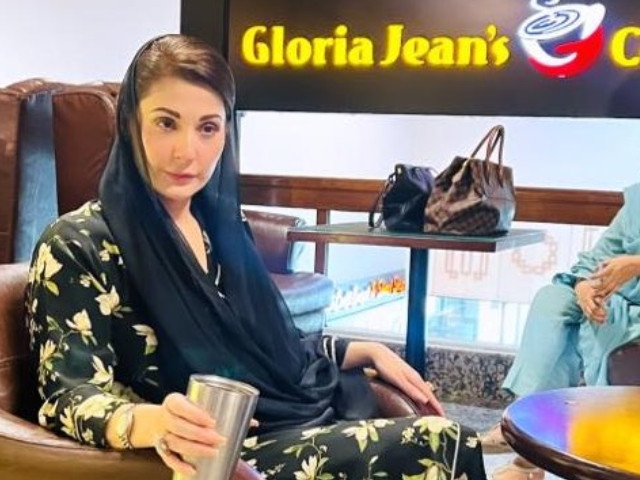 Pakistan Muslim League-Nawaz (PML-N) Vice President Maryam Nawaz left for London on Wednesday to meet her father and party supremo Nawaz Sharif, a day after receiving her passport upon the orders of the Lahore High Court (LHC).

While arriving at the airport prior to her flight early morning, the PML-N leader spoke to reporters and said she was eager to finally meet her father.

“I can’t wait for the plane to land so I can finally meet my father,” she told reporters at the Allama Iqbal International Airport.

In a tweet, PML-N MPA Hina Pervaiz Butt wished Maryam a safe flight and lauded her for “facing oppression with bravery”.

“The entire Pakistan will miss you. You will meet your father today with your head held high as you bravely faced oppression,” she wrote.

Earlier this week, the LHC directed the deputy registrar (judicial) to return Maryam’s passport, which she had surrendered to the court in 2019 for getting bail in the Chaudhry Sugar Mills case.

The PML-N leader later in a tweet stated that she had been returned her passport, after “it was confiscated three years ago in a case that has not been filed to date”.

Referring to former premier Imran Khan – during whose tenure Maryam had surrendered her passport – as a ‘nuisance’, the party vice president said that she was kept under “wrongful confinement” by the National Accountability Bureau for three months, and in a death cell in Kot Lakhpat jail out of “fear of my rallies”.

Taking a hit at the Pakistan Tehreek-e-Insaf (PTI), Maryam maintained that “the nuisance’s politics based on cruelty and vengeance had to come to an end one day.”

“However, this foreign agent has not stopped with his lies and scams even today. The consequences of his actions and his tragic end await him. God willing,” she added.