Matt Rhule: Former Carolina Panthers head coach says he’d have ‘taken another job’ when reflecting on his tenure with the team 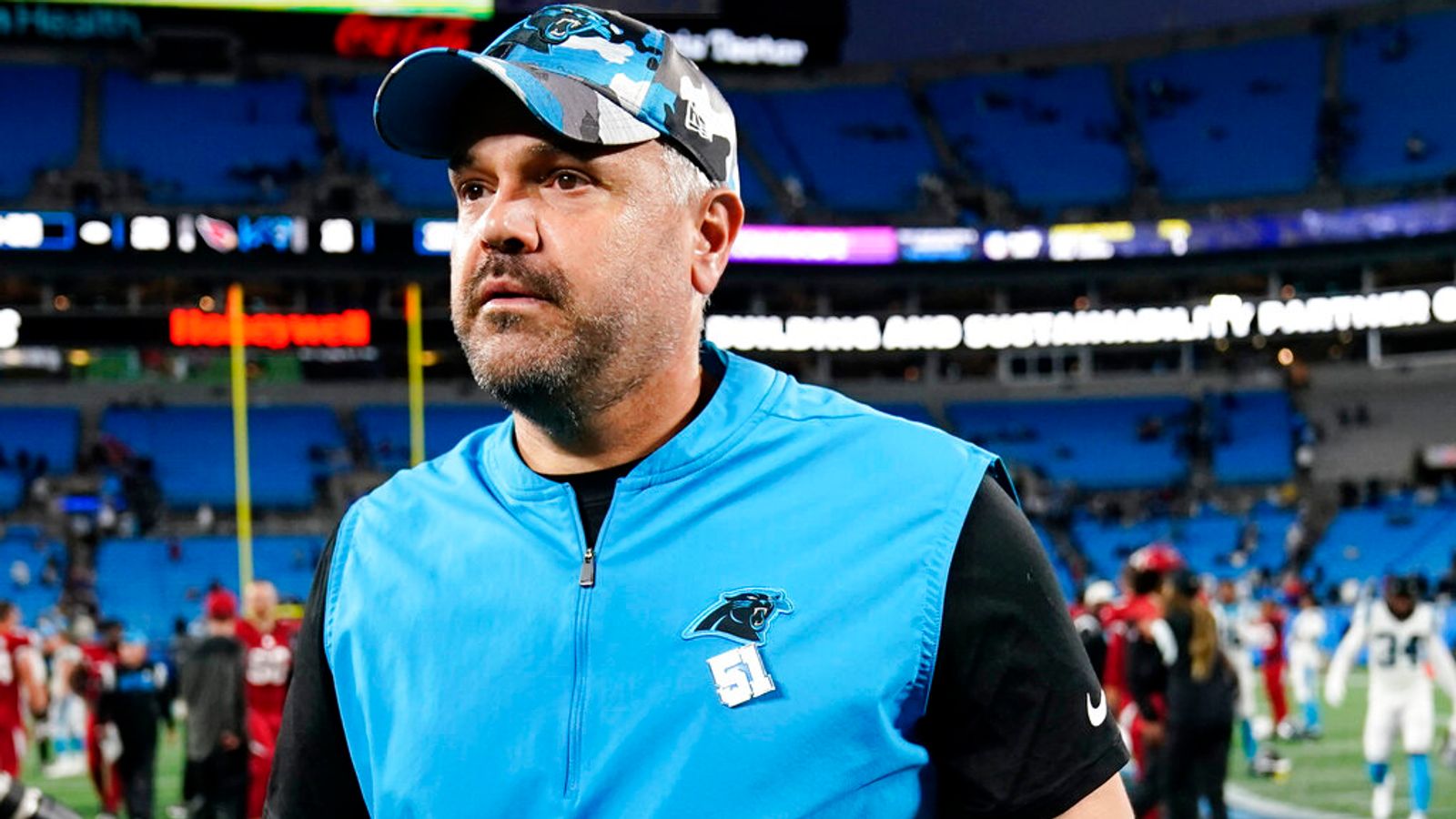 Matt Rhule was fired by the Carolina Panthers in October after a 1-4 start to the 2022 season; “What was a four-year plan became a two-year-and-five-game plan really quick”; the former Temple and Baylor coach has returned to college football, landing an eight-year deal to lead Nebraska

Former Carolina Panthers head coach Matt Rhule has reflected on his two-and-a-half-year stint in charge of the NFL franchise with the conclusion that “I just don’t know if I was a fit there.”

Rhule was fired five games into the 2022 season, with the team 1-4 and his overall record in charge reading 11-27. But, speaking on The Season with Peter Schrager podcast, Rhule expressed his frustration with the project he signed up to and the one it became.

Rhule was hired by the Panthers in January 2020 after being lured away from college football and Baylor, signing a seven-year contract worth $62m.

“At the end of the day, we talked about: ‘Hey, we’re gonna have a four-year plan, a five-year plan,'” Rhule said.

“If you tell me: ‘Hey, we’ve got a two-year plan,’ then I’m going to go sign a bunch of free agents and do it [differently].

“What was a four-year plan became a two-year-and-five-game plan really quick.”

Knowing how things ultimately played out, Rhule added: “I think I probably would just have taken another job.

“A great place with wonderful people, but I just don’t know if I was a fit there.”

Following Rhule’s departure in early October, Panthers owner David Tepper said: “It’s a funny thing, that thing called patience. If you ask the average fan out there, they would think I was ridiculously patient.

“I think you have to show the right amount of patience and [look at] the progress that is being made. Are we winning more? Are we progressing in different ways? In all of those situations we spoke of, it hasn’t been that.”

Highlights of the Denver Broncos against the Carolina Panthers from Week 12 of the NFL season.

Highlights of the Denver Broncos against the Carolina Panthers from Week 12 of the NFL season.

Since Rhule’s departure, the Panthers have gone 3-4 under interim head coach Steve Wilks, with the team just about still in playoff contention at 4-8 in a poor NFC South division.

Rhule’s frustration at his firing stems from the belief that the team is in line to compete next season with a few tweaks to the roster.

“I think the trajectory that we were on was correct,” he said. “It was to have a team that next year could make a big trade.

“I think you see the signs of it right now. When they play well on offense, they win. There’s a good defense there. I give Steve all the credit, I give the coaches all the credit, but I’m part of that building process.”

He added: “The only thing I didn’t want to do was leave the guys early because I believed the team would have a chance if this thing started to click… with maybe the big free agent signing this year to get over the top, I think the Panthers could win the NFC South for years to come.”

After a less than two months out of the game, Rhule has returned to the college ranks, hired by Nebraska in the last week to lead the Cornhuskers, who have endured six-straight losing seasons and last made a bowl game in 2016.

“Everything happens for a reason,” Rhule said. “I’m here [at Nebraska] and, you know what, I’m probably supposed to be here.”