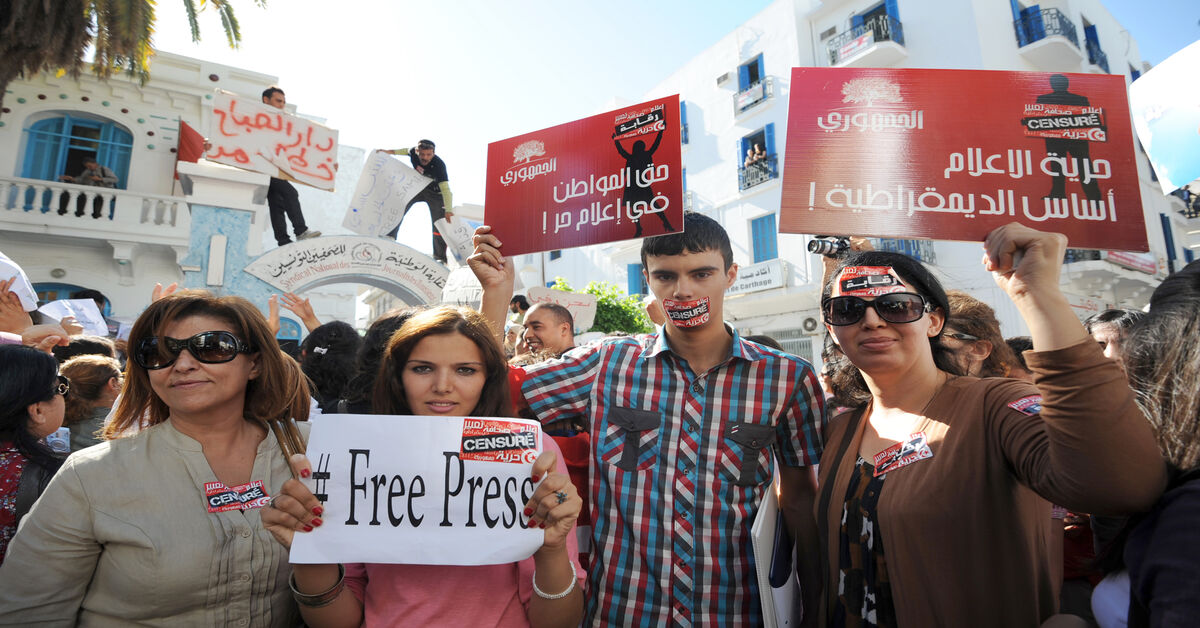 TUNIS, Tunisia — Tunisia’s media regulator has recently shut down a number of media outlets, stirring a wide controversy on the future of the press in the country. The private Tunisian Hannibal TV announced Oct. 31 in a statement on its Facebook page that it decided to automatically and temporarily suspend broadcasting until its legal situation is settled and it obtains a broadcasting license.

The channel explained that its move comes in response to the decision of the Independent High Authority for Audiovisual Communication (HAICA) instructing it to immediately halt broadcasting or face legal measures. HAICA had issued in September a decision to stop the licensing and legal situation regularization procedures of the channel.

Hannibal channel’s move comes days after private Nessma channel, based in the city of Rades in the southern suburbs of the Tunisian capital, confirmed in a statement on its website that on Oct. 27 HAICA, escorted by the security forces, seized its broadcasting equipment under the pretext of operating without a license. HAICA had previously warned Nessma channel several times since 2015, slapping it with warnings and financial penalties.

In October 2018, HAICA warned the management of Nessma TV that it was violating the law by broadcasting without legal permission and failing to complete the procedures for regularizing its legal status. A 2011 Tunisian law mandated that all broadcasting institutions in the country must be run as joint-stock companies and Nessma was run as a private limited company.

According to a statement by HAICA, on its website, it was forced to seize Nessma channel broadcasting equipment after it repeatedly notified it that it was not in compliance with this legal requirement.

Nessma TV is owned by the former presidential elections candidate, Nabil Karoui, who was arrested in Algeria two months ago at the Algerian border on charges of illegally crossing the border and is being pursued by the judiciary in cases of suspected money laundering and tax evasion since 2017. He was arrested in December 2020 for a period of six months.

Karoui is the head of the Heart of Tunisia party, an ally of the Ennahda party that has an Islamic frame of reference. Ennahda is also the first political opponent of President Kais Saied, who has suspended parliament since July 25.

Ziad al-Riba, legal representative and general manager of Nessma channel, told Al-Monitor that since 2014 HAICA has inflicted fines on Nessma channel that amounted to 1.4 billion Tunisia dinars ($492 million). He stressed that Nessma channel has sought more than once to settle its legal status with HAICA, but was met with procrastination on the latter’s part.

In 2015, HAICA closed the private Al-Zitouna TV channel, which is also close to the Ennahda party and the most critical of the current president, Saied. The channel’s broadcasting equipment was seized, but it continued broadcasting. HAICA noted in a detailed report published on its official website that the channel has failed to settle its legal situation.

HAICA also shut down the Holy Quran Radio station owned by suspended member of parliament Saad Jaziri of the Errahma party. The station was accused of inciting hatred and violence and using a frequency without obtaining approvals from the official authorities. HAICA had previously shut down the radio station last March.

On Oct. 20, HAICA imposed a fine of 100,000 Tunisian dinars ($35,000) on the radio station because of the content it had broadcast Sept. 1, which allegedly urged young men to go fight in hotbeds such as Syria, based on a specific interpretation of some religious texts.

HAICA member Hisham al-Senussi told Mosaique private radio station Oct. 27 that Nessma channel and Quran al-Kareem radio station were shut down, all their equipment was seized and their broadcasting studios were closed by red wax seal, for having violated the law.

He explained that HAICA had, on several occasions, issued decisions to seize their equipment, but these decisions were not enforced since these media outlets are supported by policy parties. He further noted that these outlets were broadcasting contrary to the law, which is deemed a gross legal violation.

In the same statement, Senussi asserted HAICA has been trying for years to get Nessma TV to settle its legal status, but unfortunately it showed contempt for the law and HAICA’s decisions. HAICA argues that the closure of the four media outlets and the confiscation of their equipment was in line with Article 31 of Legislative Decree 116 of 2011 relating to the freedom of audiovisual communication and providing for the creation of HAICA.

The article stipulates that in case of exercise of unlicensed broadcasting activities, HAICA may impose fines and order the seizure of equipment used in the performance of these activities. Article 50 of the same decree states that previously licensed audio-visual communication facilities must regularize their status in accordance with the provisions of this decree within a maximum period of one year as of the date of its issuance.

Ossema Benaicha, a journalist with the private Al-Zitouna TV channel, told Al-Monitor that the decision to close media institutions threatens the only achievement accomplished by the January 14 revolution. “The professional situation of workers in these institutions will be frightening, and they will find themselves without wages,” he said. “The files of these media institutions must be regularized away from political considerations in order to serve the interests of the journalists and the freedom of the press and the media.”

HAICA had confirmed in a statement published on its website June 14 that it warned the four media outlets to immediately stop broadcasting otherwise it would take the necessary legal measures against them.

Abdel-Jabbar al-Madouri, political analyst and former editor-in-chief of Sawt al-Shaab newspaper, told Al-Monitor that media freedom faces a threat in Tunisia in light of the repeated attacks on journalists and the media. He warned that closing media channels will expose many journalists to unemployment.

President of the National Union of Tunisian Journalists Yassine Jelassi said in a statement to the Tunisian national news agency, Tunis Africa Press, that the only solution to the issue of the closed channels is to comply with the law, stressing the need for these channels not to remain closed or in violation of the law.

He indicated that those in charge of these institutions and their managers were supposed to regularize their situations and return to work within the framework of the law. They ought to take refuge in the law instead of seeking partisan and political protection, he added. 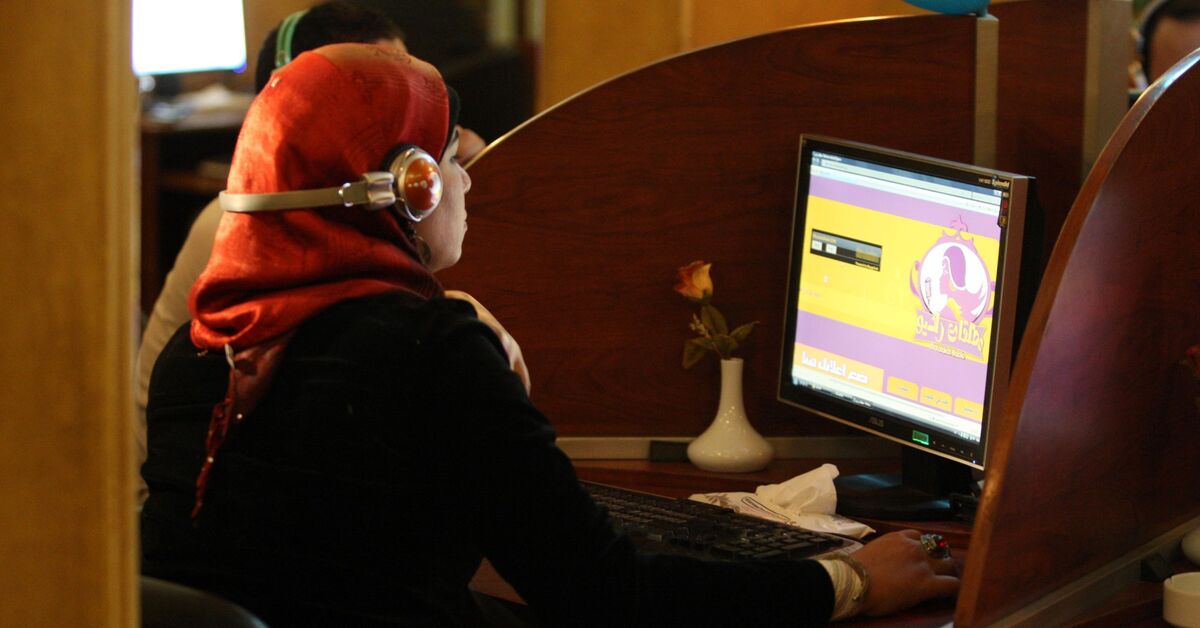