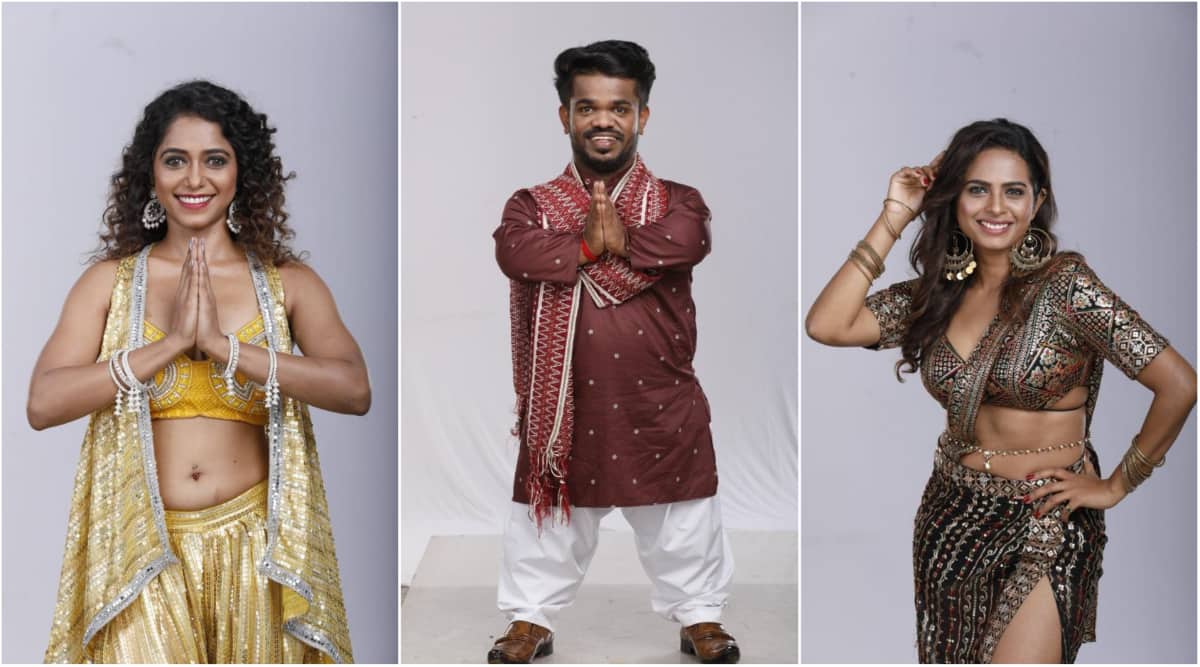 On Sunday, Mahesh Manjrekar kicked off Bigg Boss Marathi Season 4. The actor-filmmaker introduced 16 celebrity contestants, who will get locked inside the house, that’s inspired by Mumbai chawls and luxurious apartments.

Just like the Hindi version, the regional reality show has also promised to introduce a lot of changes in the format this year.

Scroll down to see who all are participating in Bigg Boss Marathi 4.

A popular actor, Tejaswini Lonari was the first contestant to enter the Mahesh Manjrekar hosted-show. She was also assigned a number of house duties by the host. Tejaswini is known for her performance in Devmanus.

Yet another TV face, actor Prasad Jawade has been part of the industry for almost a decade. Prasad is also a filmmaker.

Having gained a massive fan following with her performance in Marathi TV show Mrs Mukhyamantri, Amruta Dhongade is now set to fight for the Bigg Boss Marathi 4 trophy.

Kiran Mane, if readers would remember, was ousted by the makers of his TV show Mulgi Zale Ho for writing a social media post against Bharatiya Janata Party and Prime Minister Narendra Modi. He later filed a case against the channel for the same. The makers, in their defence, had accused the actor of inappropriate behaviour against co-stars.

Before Bigg Boss Marathi 4, Samruddhi Jadhav participated in Splitsvilla 13. This is her first regional project and the model shared that she’s excited to get feedback from fans.

Apart from Marathi shows and films, Akshay Kelkar has also been part of Hindi TV serials like Bhakharwadi, Nima Denzongpa, among others.

Having shot to fame with her thriller show Ratris Khel Chale, Apurva made a glamorous entry on the Mahesh Manjrekar-hosted show.

One of the most surprising entries this season was Yogesh Jadhav, who is a professional fighter. He confessed that while he’s not a celebrity, he will win the show.

Apart from Marathi projects, Yashashri Masurkar has also been part of several Hindi TV shows. Given that the rickshaw is her means of transport, she has been nicknamed ‘Tuk Tuk Rani’ by fans.

Vikas Sawant is known for his Marathi shows and films. He has been boxed as a comedian but the actor wants to break out from it through the show.

Trishul Marathe, who is a model, was selected as one of the contestants of Bigg Boss Marathi 4 via an online competition.

A pageant winner, Rohit Shinde and his actor-grlfriend Ruchira Jadhav entered the show together. Will their relationship survive inside the house? We will have to wait and watch.

Bigg Boss Marathi Season 4 will air Monday-Friday at 10 pm and on weekends at 9:30 pm.