MEGA EXCLUSIVE: RRR makers toying with the idea of releasing the film on pay-per-view before its release on OTT : Bollywood News – Bollywood Hungama 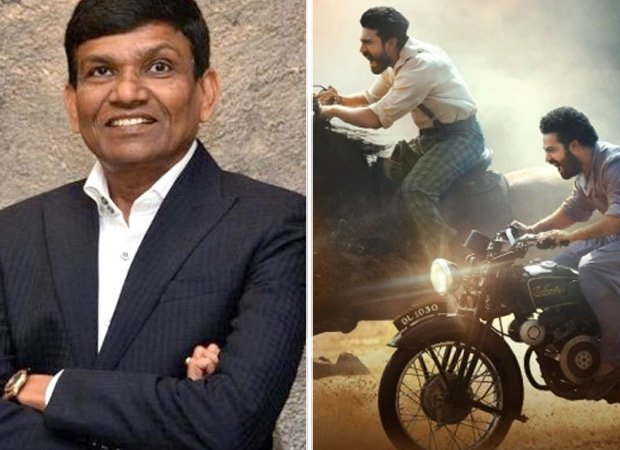 Less than two weeks are left for the release ofÂ RRR. The hype is tremendous as itâ€™s S S Rajamouliâ€™s immediate next release after the historic blockbuster,Â Baahubali 2 â€“ The ConclusionÂ (2017). The makers have left no stone unturned in promoting it. The theatrical trailer was released in December 2021 and it has added to the hype and craze. The film was initially scheduled to be released on January 7, 2022. However, it was pushed to March 25 due to the third wave of Covid-19.

MEGA EXCLUSIVE: RRR makers toying with the idea of releasing the film on pay-per-view before its release on OTT

Meanwhile, the makers surprised everyone during the theatrical trailer launch with an announcement. Jayantilal Gada, of PEN India, revealed at this event thatÂ RRRÂ would premiere on OTT only after it completes 75 to 90 days in cinemas. This statement went viral as it was against the norm in the post-pandemic when films arrive on digital within 28 days of release in cinemas.

And now,Â Bollywood HungamaÂ has learnt thatÂ RRRÂ makers are thinking of another path-breaking initiative. In an exclusive interaction withÂ Bollywood Hungama, Jayantilal Gada said, â€œWe are thinking of releasing this film through a pay-per-view format. This will happen after the film is out in cinemas and before it releases on digital SVOD (subscription video-on-demand). We are in talks about it. Itâ€™s a new thing and we are introducing it in a big way in the market.â€ Jayantilal Gada, however, refused to share any more details.

The concept of pay-per-view, also known as TVOD (transactional video-on-demand), is quite prevalent in the West and as the term suggests, it means that the user needs to pay a certain amount to watch premium content, which will be accessible for a period of 24 to 48 hours.

In India, Zee launched ZeePlex, a pay-per-view platform in the second half of 2020.Â Khaali Peeli, starring Ishaan Khatter and Ananya Panday, was directly released on ZeePlex. Viewers paid Rs. 299 to watch the film. Then, Zee released the much-awaited biggie,Â Radhe â€“ Your Most Wanted Bhai, on Eid 2021, on ZeePlex. It was available for Rs. 249 per viewing.Â The Power, starring Vidyut Jammwal, and a few other regional films also got a release on ZeePlex.

The pay-per-view format didnâ€™t take off post-Â Radhe â€“ Your Most Wanted BhaiÂ as reportedly, there were not enough takers. It remains to be seen if the much-awaitedÂ RRRÂ manages to arrive on SVOD and if it does, whether it manages to score.

Meanwhile,Â RRRâ€™s Hindi version will be released on Netflix while the regional versions will be streamed on Zee5.

Also Read:Â Despite the third wave and postponement, RRRâ€™s digital release plans remain UNCHANGED; to release on Netflix 75 to 90 days after theatrical release