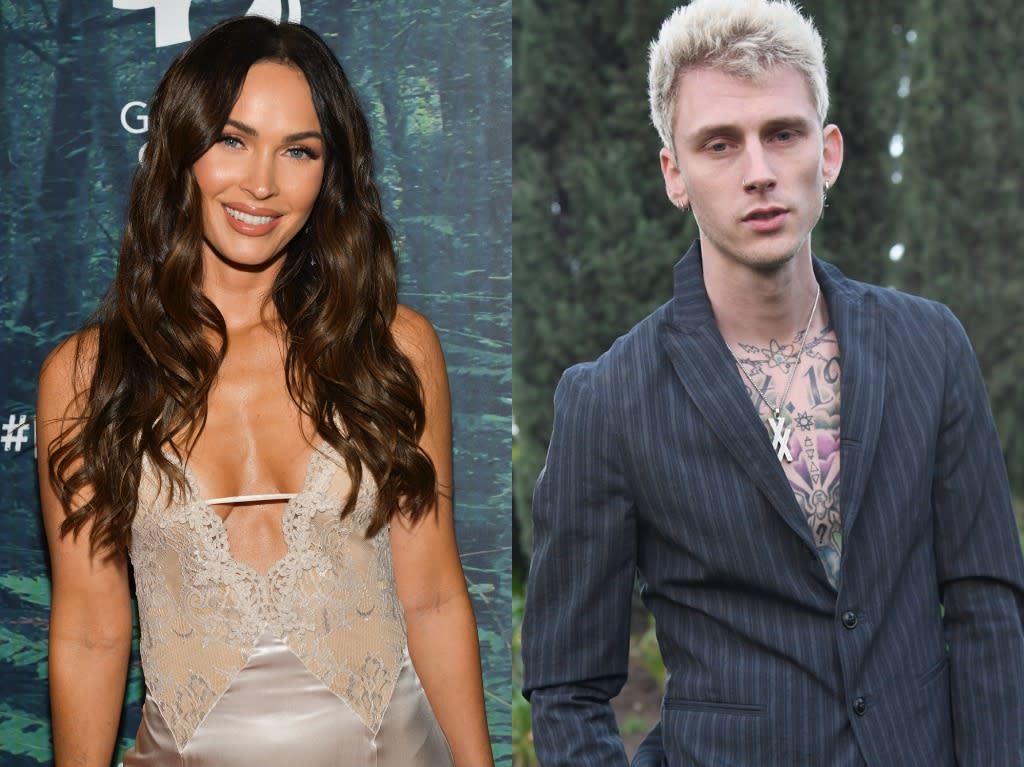 Photos obtained by the Daily Mail show Fox, 34, and Kelly, 30 — who bonded on the set of Midnight in the Switchgrass, leading Fox to end her marriage to Green when filming wrapped — showed PDA as they exited Mr. Furley’s Bar in Sherman Oaks, Calif. At first, they held hands as they walked to his convertible, then they both got in and kissed “passionately.”

They appeared very open about the whole thing, not attempting to hide or duck the photographer. They also didn’t have on masks amid the coronavirus pandemic while others at the venue did.

Soon after being photographed with his lady love, Kelly tweeted out a lyric (“i’m calling you girlfriend, what the f***”) from his song “Bloody Valentine” — which he tapped Fox to appear in with him — and wrote, “life imitated art on that one,” making it clear she’s his girlfriend. (He also released an acoustic version of the song.)

The very public display came shortly after 46-year-old Green, with whom Fox shares three sons (Noah, 7, Bodhi, 6, and Journey, 3), was seen getting food with Stodden, 25, at Mejico Grill & Tequila Lounge in Agoura Hills, Calif., over the weekend.

Stodden’s claim to fame was marrying actor Doug Hutchison when she was 16 and he was 50. They finalized their divorce earlier this year.

Rumors started to swirl earlier this year that Fox and Green were having marital troubles after 15 years together and 10 years of marriage. They were photographed swapping the kids in a parking lot in Calabasas, where she had been living while Green was staying in Malibu. After Fox and Kelly were spotted getting food together amid the pandemic lockdown in May, Green confirmed he and his wife had quietly split.

On his podcast, …With Brian Austin Green, the Beverly Hills, 90210 alum said Fox returned from the set of Midnight in the Switchgrass, which she made with Kelly, and told Green she was happier living apart from him. Green asked his fans not to “villainize” Fox, saying it wasn’t her fault she felt that way.

Right after that, Kelly released his song “Bloody Valentine” — which featured Fox as his lover and speculation over what exactly was going on went into overdrive.

Now, it’s no longer a mystery. Fox and Kelly are officially a thing.

Streaming Guide: How to Watch the Marvel Movies in the Right Order