South Australian police have arrested two men over an elaborate and devastating scam that cost a woman more than a million dollars.

The victim was trying to buy a house, but the scam was so sophisticated that the woman lost $1.3 million in just seconds in what’s called a business email compromise.

Hackers intercepted an email from a conveyancer to the victim, from Tasmania, and added their own account for payment.

As a result, when the victim transferred the huge sum of money last October, it went straight into the hands of the scammers.

Police say the cash has since moved around: $170,000 was converted into cryptocurrency, and $70,000 was sent offshore to Ghana.

Police are continuing to follow the money trail, and have arrested two men.

A 22-year-old from Pooraka in Adelaide’s north has been charged with dishonestly dealing with property and money laundering.

He will appear in Adelaide Magistrates Court on March 2, 2022.

A 30-year-old from Canberra has been charged with theft, money laundering and operating a financial business without a licence, and will appear in court on December 7.

Police are warning people to be vigilant.

They say if an email is received advising of a change in payment details, always ring the sender to confirm and don’t click any links. 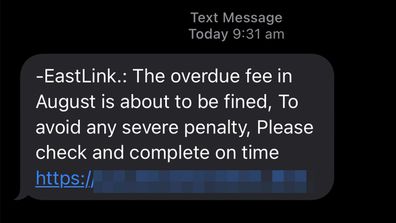