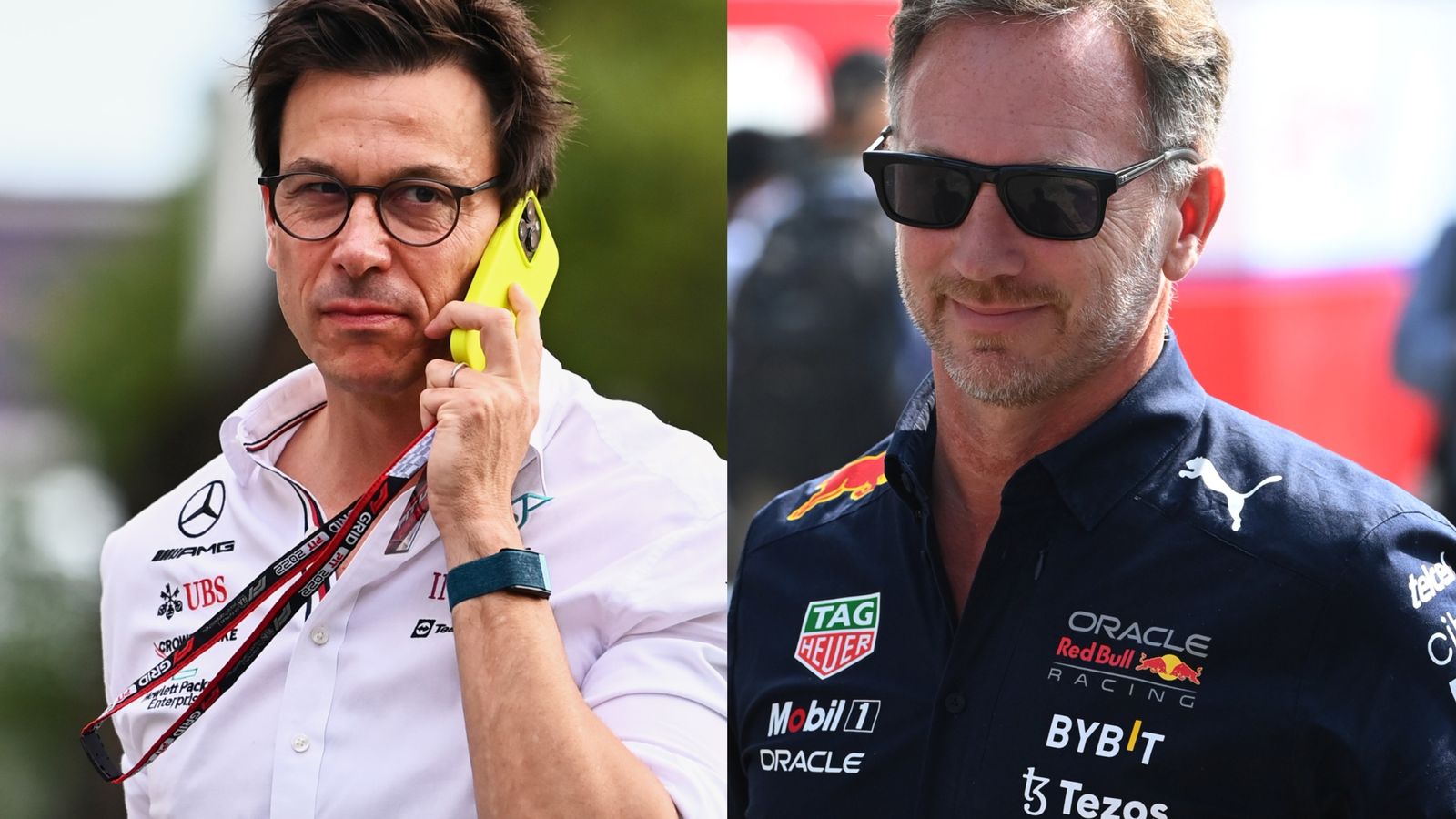 Mercedes team principal Toto Wolff has praised the FIA for taking “robust” action on Red Bull’s Formula 1 cost cap breach and says “reputational damage” would prevent his team from making the same mistake as their rivals.

The FIA announced on Friday that Red Bull’s ‘minor’ breach of the $145m limit in Max Verstappen’s maiden title-winning 2021 campaign had resulted in a $7m fine and a 10 per cent reduction in their wind tunnel time over the next 12 months.

“I think what is the most important for me is that there is a robust governance,” he said. “They (the FIA) didn’t budge an eyelid, they just followed the process how it went.”

Red Bull reached an ‘accepted breach agreement’ (ABA) with the FIA on Wednesday, in which the team had to admit their wrongdoing, having come in $2.2m over the cap after the FIA found 13 cases of costs being incorrectly excluded or adjusted.

Red Bull team principal Christian Horner has dismissed suggestions the team derived any benefit from exceeding the cost cap limit and says the punishment could cost them 0.5s per lap.

Red Bull team principal Christian Horner has dismissed suggestions the team derived any benefit from exceeding the cost cap limit and says the punishment could cost them 0.5s per lap.

The FIA acknowledged if a tax credit had been correctly applied Red Bull would have only been $0.5m over, resulting in a breach of 0.37 per cent.

“They (the FIA) were absolutely good in assessing,” Wolff continued. “I know how rigorous they were with us all throughout the year. That was a difficult process.

“When I’m seeing 13 positions that were wrong, with us it wasn’t the case.

“Overall, it’s good to see that there is a penalty, whether we deem it too low or too high.”

Sky F1’s Martin Brundle and Paul di Resta both believe the punishment for Red Bull’s cost cap breach is ‘about right’. They also reflect on whether the breach helped Max Verstappen.

Sky F1’s Martin Brundle and Paul di Resta both believe the punishment for Red Bull’s cost cap breach is ‘about right’. They also reflect on whether the breach helped Max Verstappen.

Asked whether the punishment was strong enough to deter Mercedes from choosing to commit a breach in future, Wolff claimed that “reputational damage” was as big a consideration as the penalties themselves.

“I think what you see is that beyond a sporting penalty and financial fine, it’s also reputational damage,” Wolff said.

“In a world of transparency and good governance, that’s just not on anymore.

“Compliance-wise, whatever team you are, you’re responsible for representing a brand, your employees, your partners, and that’s why for us it wouldn’t be a business case.”

“It’s a sport of marginal gains,” Wolff said. “Whether it is $200,000 or $2m, at the end everything costs performance, and we all had to cover sick pay and gardening leaves and the canteen.

“Nine teams were okay, and one team was in breach.

“You need to build in a little bit of leeway, you can’t take an aggressive approach at the beginning because it’s a process, it’s learning on the job.”

Horner also argued that Red Bull’s sporting penalty, limiting their wind tunnel time, was “draconian” and could cost his team up to half a second a lap of performance.

The sliding scale of wind tunnel runs teams are allowed depending on where they finish in the previous year’s constructors’ championship means Mercedes, who look set to finish third, will hold an even greater advantage over champions Red Bull.

“I think any reduction in wind tunnel time is going to cost you some performance,” Wolff said.

“We’ve been in the fortunate situation that we won the championship (last year), so for 18 months we had seven per cent less than Red Bull every single half year. Overall that adds up, and if you look at Ferrari’s performance, they were sixth the previous year, so massively more performance.

“So we are, unfortunately, benefitting from being third on the road, with 14 per cent more on the leader, and then we have another 10 per cent, so that is quite a lot, but it needs to be well utilised.”

Here’s what you can look forward to during coverage of this weekend’s Mexico City Grand Prix.

Here’s what you can look forward to during coverage of this weekend’s Mexico City Grand Prix.

Wolff also agreed with Horner that Friday’s ruling should mark the end of discussions around the 2021 cost cap, with the issue having dominated the sport’s headlines for the last month.

Asked whether the case was now closed, Wolff said: “I would very much hope so.

“Now we’ve closed the 2021 numbers, let’s see what they do with the 2022 submission. I think they will have every interest to get it right this time.

“Hopefully it’s enough of a deterrent so it doesn’t happen anymore with any other team.”

Seidl: I have no interest in Horner ‘fairy tale’

McLaren team principal Andreas Seidl argued the punishment was not strong enough, and appeared to question the validity of Horner’s explanations.

“I didn’t listen to it because I can imagine it was another fairy tale hour probably,” said Andreas Seidl of Horner’s press conference. “I’ve got no interest in that.

“It’s good to see the FIA did a good job in terms of doing the audit. Nine teams got it right and it was confirmed that one team was clearly in breach so that’s a positive outcome but on a negative side, from my point of view, the penalty doesn’t fit the breach. I just hope that moving forward we have stricter penalties in place.”

McClaren team principle Andreas Seidl has his say on the budget cap and Red Bull’s breach of it.

McClaren team principle Andreas Seidl has his say on the budget cap and Red Bull’s breach of it.

Seidl’s comments are the latest in a war of words between his team and Red Bull, which began with McLaren chief executive Zak Brown accusing them of “cheating”, before Horner hit back last week in Texas by claiming he was “appalled and shocked” by those comments.

Despite feeling Red Bull’s punishment wasn’t strong enough, Seidl said he was confident the FIA’s decision wouldn’t lead to the collapse of the cost cap.

“No, not at all. I think there’s absolutely no reason to be in breach this year,” he said.

“We had good discussions earlier this year with all teams, with the FIA, with Formula 1 regarding these topics.

Alpine team principal Otmar Szafnauer said the punishment was “a good one” and would make an appropriate impact on Red Bull’s performance.

“They’re marginally over from what I can tell by reading all of the releases and listening to Christian,” Szafnauer said. “Over is over, for a half kilogram underweight on track we’re excluded from that particular race.

“So, I believe the punishment is a good one. The process was followed and I’m happy that both the FIA and Red Bull have come to their conclusion and they’re happy to move forward and so are we.

“It will have an impact but not a huge impact. It’s more than 10 per cent between first and last, that happens already we have a scale.

“It’s not insignificant but it’s not to the point where it punishes you too much.”