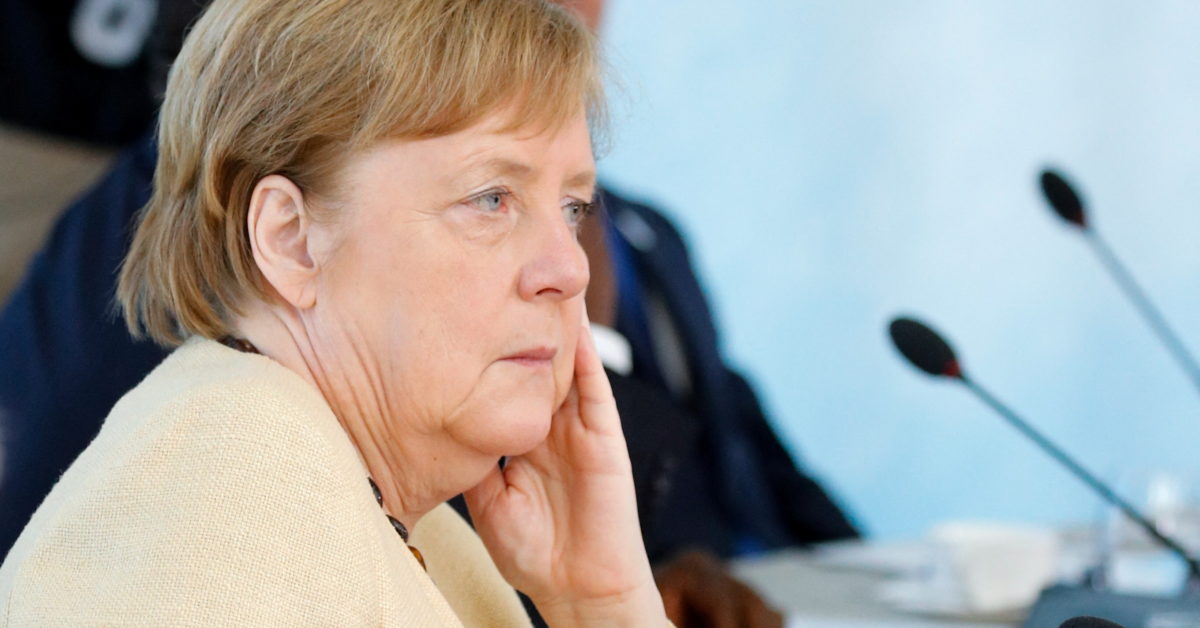 TREGENNA CASTLE, England â€” German Chancellor Angela Merkel on Sunday warned that the European Union will only ratify its investment agreement with China if Beijing makes progress on labor rights.

Merkel was speaking at a press conference at the G7 summit in Cornwall, where leaders are expected to call out China for its use of forced labor. The Beijing government has been accused of detaining up to 1 million Uyghurs and other minorities without a fair trial and using them as a source of cheap labor.

“Our goal is to see significant progress” on labor rights in China, Merkel said. She was answering a question from POLITICO on whether she favored ratifying the EU-China investment agreement before Beijing changes its labor practices. Merkel was one of the main advocates of the deal, which was struck last year during Germany’s presidency of the Council of the EU.

In the agreement, Beijing committed to making “continued and sustained efforts” towards passing several International Labor Organization (ILO) norms that protect workers and ban the use of forced labor.

France’s junior minister for trade, Franck Riester, caused a stir earlier this year when he told POLITICO the EU would not wait for Beijing to adopt a ban on forced labor before ratifying the investment agreement.

At her G7 press conference, Merkel questioned whether all ILO norms mentioned in the deal must “be ratified by the end â€” but there has to be progress compared to the current situation.”

The European Parliament has vowed not to approve the EU-China deal as long as Beijing maintains its current sanctions against EU parliamentarians. Merkel argued that freeze gave Beijing time to make progress.

“Ratification is in a somewhat difficult situation at the moment anyway, due to the sanctions that are also in place,” she said. “So we still have a little time with the ratification.”