Merriam-Webster Reveals 2022 Word Of The Year 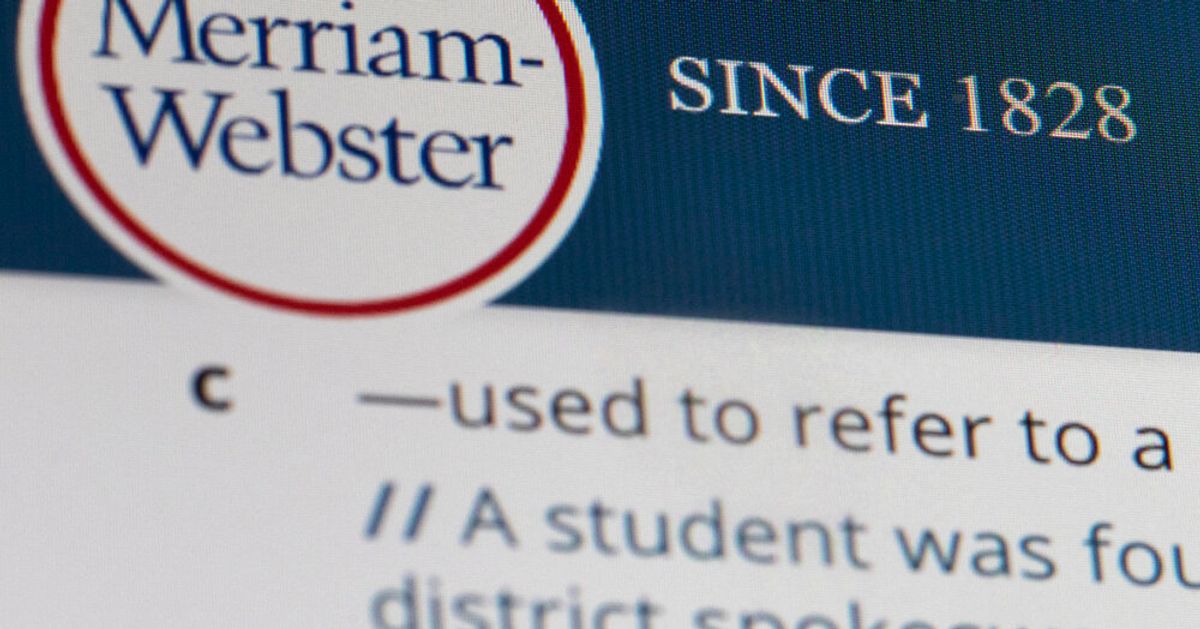 “Gaslighting” is Merriam-Webster’s 2022 Word of the Year, the site announced Monday, saying there was a 1740% increase in lookups for the term throughout the year.

As defined by Merriam-Webster, gaslighting is “psychological manipulation of a person usually over an extended period of time that causes the victim to question the validity of their own thoughts, perception of reality, or memories and typically leads to confusion, loss of confidence and self-esteem, uncertainty of one’s emotional or mental stability, and a dependency on the perpetrator.”

Searches for the term did not surge in response to any one particular event in 2022, as has been the case with previous words of the year. “Gaslighting” is often used to describe the dynamics of emotionally abusive relationships; people also use it to refer to manipulative deception in other contexts, such as by politicians.

“It’s a word that has risen so quickly in the English language, and especially in the last four years, that it actually came as a surprise to me and to many of us,” Peter Sokolowski, Merriam-Webster’s editor at large, told The Associated Press ahead of Monday’s unveiling.

“It was a word looked up frequently every single day of the year,” he said.

The term comes from a 1938 British play, “Gas Light,” by the British novelist and playwright Patrick Hamilton. The play was adapted into two separate films, both called “Gaslight,” in the 1940s. (“Saturday Night Live” spoofed one of the film adaptations, of all things, earlier this year.)

Hamilton’s play is a dark story about a deceitful marriage in which the husband tries to convince his wife she is going insane in order to steal from her. Periodically, the gas-fueled lights in their home mysteriously grow dim, but the man insists to his wife that the lights are unchanged and she’s only imagining things.

The first records of the use of the term “gaslight” in the context of psychology come from the early 1960s. The term was later used by mental health practitioners to clinically describe a form of prolonged coercive control in abusive relationships.

By the 1990s, the term “gaslight” had gained more casual use outside of psychology, usually in the broader context of society and politics. As defined by Merriam-Webster, “gaslighting” can also refer to “the act or practice of grossly misleading someone, especially for a personal advantage.”

This definition could apply to various forms of deception and manipulation in the modern era, such as fake news, deepfakes and artificial intelligence.

During Donald Trump’s presidential campaign and then during his time in the White House, the media frequently used the term “gaslighting” to describe his habit of making claims that were patently not true. The United States government also used the word this year to characterize Russia’s propaganda and misinformation strategy during its invasion of Ukraine.

The Chicks’ 2020 album “Gaslighter” was inspired by the term.

In other word news this year, “oligarch” saw a 621% increase in lookups in early March after Russia invaded Ukraine, resulting in the U.S., the United Kingdom and other nations imposing sanctions on Russian oligarchs and their families.

“Omicron” also saw a jump in searches after a January increase in cases of the omicron strain of the coronavirus, and reports in November that the omicron booster was not significantly more effective than prior vaccines.