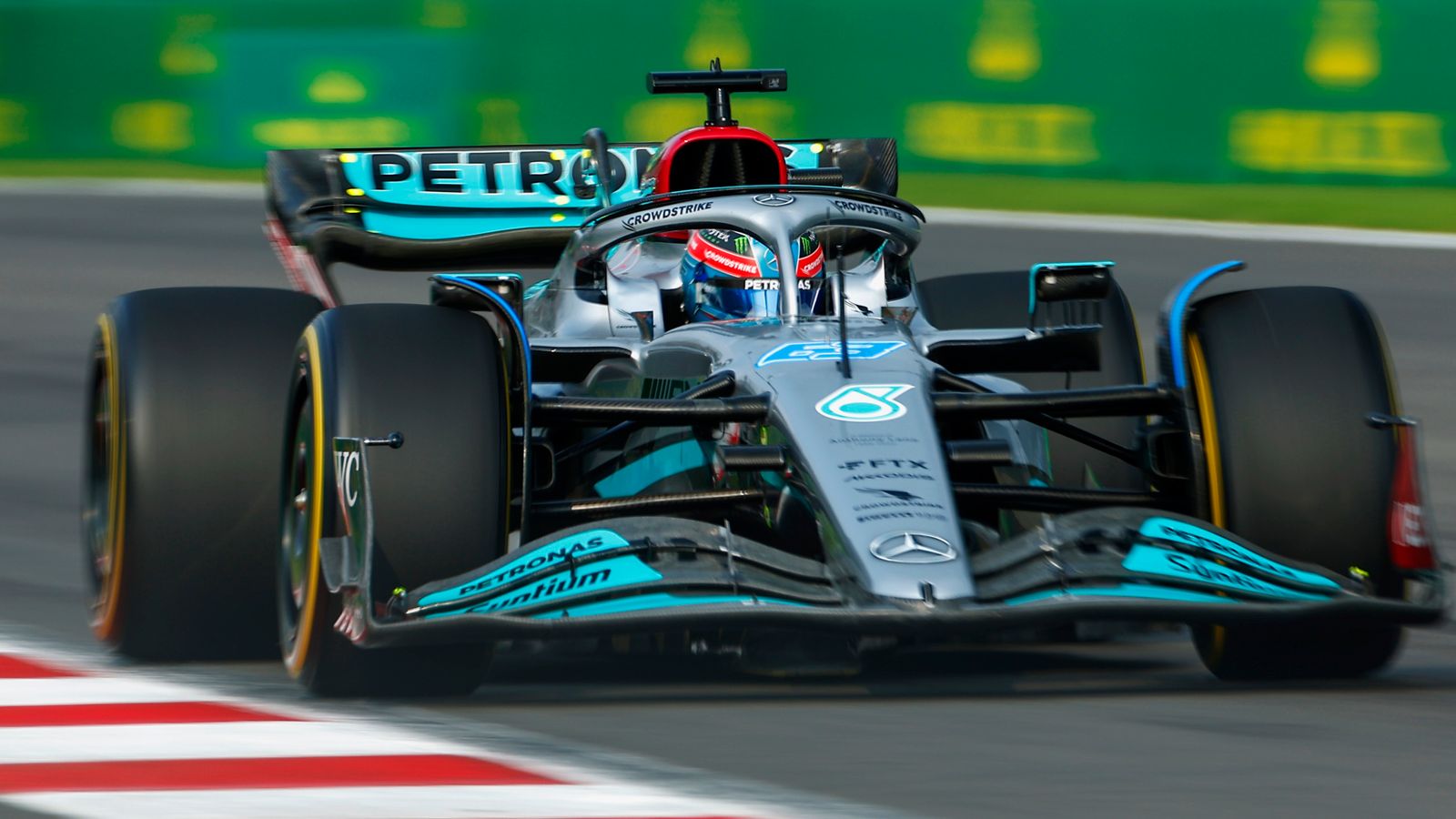 Carlos Sainz fastest in Practice One before George Russell topped Practice Two, which was a tyre test session; Two red flags in each session, with Charles Leclerc crashing Ferrari in P2; F1 back on track after Red Bull were handed their cost cap punishment

Carlos Sainz and George Russell shared practice honours at the Mexico City GP on Friday while Charles Leclerc had a big crash in his Ferrari as F1 returned to on-track competitiveness after Red Bull’s off-track saga finally ended.

Hours after Red Bull were handed their punishment for breaching F1’s cost cap in Max Verstappen’s title-winning 2021 season – handed a $7m fine and a reduction in car development – it was Ferrari who sped to the front ahead of the newly-crowned world champions in Practice One.

Red Bull team principal Christian Horner was in combative mood, arguing their rivals owe them an apology for claims made against them regarding cost cap regulations.

Red Bull team principal Christian Horner was in combative mood, arguing their rivals owe them an apology for claims made against them regarding cost cap regulations.

But there was barely anything to split the top six, which included Lewis Hamilton and Fernando Alonso.

Sergio Perez and Verstappen had identical times for Red Bull, 0.120s off Sainz, while Hamilton was only two hundredths further back in a Mercedes car that is tipped to compete for a first win of the season in Mexico.

Verstappen, aiming for a record-breaking 14th victory of 2022 this weekend, had a spin in the middle sector during a scruffier-than-usual session, complaining of “no grip in his Red Bull”.

Alonso, meanwhile, was also within two tenths of the Ferrari benchmark in the Alpine.

Practice Two, like last weekend at the United States GP, was a lengthened session due to Pirelli tyre testing for 2023.

Russell was one of the drivers who was able to set laps on this year’s tyres – because he didn’t take part in first practice due to Nyck de Vries taking his place – and topped the timesheets with a 1:19.970.

Yuki Tsunoda and Esteban Ocon also posted times on the softs and were 0.8s and 1.2s off respectively.

Martin Brundle was trackside to cast his eye over Turn 8, which had seen Ferrari’s Charles Leclerc crash into the barriers during P2 in Mexico.

Martin Brundle was trackside to cast his eye over Turn 8, which had seen Ferrari’s Charles Leclerc crash into the barriers during P2 in Mexico.

The major incident from the session was a crash for Leclerc after he spun into the barriers in the twisty middle sector.

The Ferrari driver didn’t get back out on track after that.

Leclerc didn’t enforce the only red flag of the second session, with Zhou Guanyu stopping right at the end of the session to cause another and an early finish.

P1 also had its stoppages.

The session – a crucial one due to the tyre testing P2 – also saw two red flags, with two of the rookies taking part seeing their track action cut short.

First, Pietro Fittipaldi, filling in for Haas, had an engine failure, before AlphaTauri’s stand-in Liam Lawson had a similar reliability issue late on.

Elsewhere, Logan Sargeant, De Vries and Jack Doohan finished 17th, 18th, and 19th for Williams, Mercedes and Alpine respectively. Sargeant and De Vries will be on the F1 grid full-time next season.

“I think it’s about right, perhaps slightly light. I think there are mitigating circumstances as Christian (Horner) has pointed out.

“There are no winners in this, it’s messy. It is year one of these regulations and you’d expect if they were over the limit next year, they would have to be doubled down on really, really hard.

“Of course, anybody else who breaches it, will have to be treated equally as hard as this one has been.

“It will hurt them but they’re starting with a very good car, it’s CFD as well, the digital computerised wind tunnel as well.

“They’ll just have to make sure that when they go to the wind tunnel, they’re acing it and making the most of each run. Clearly, it will hurt them developing through next year and so it should.”