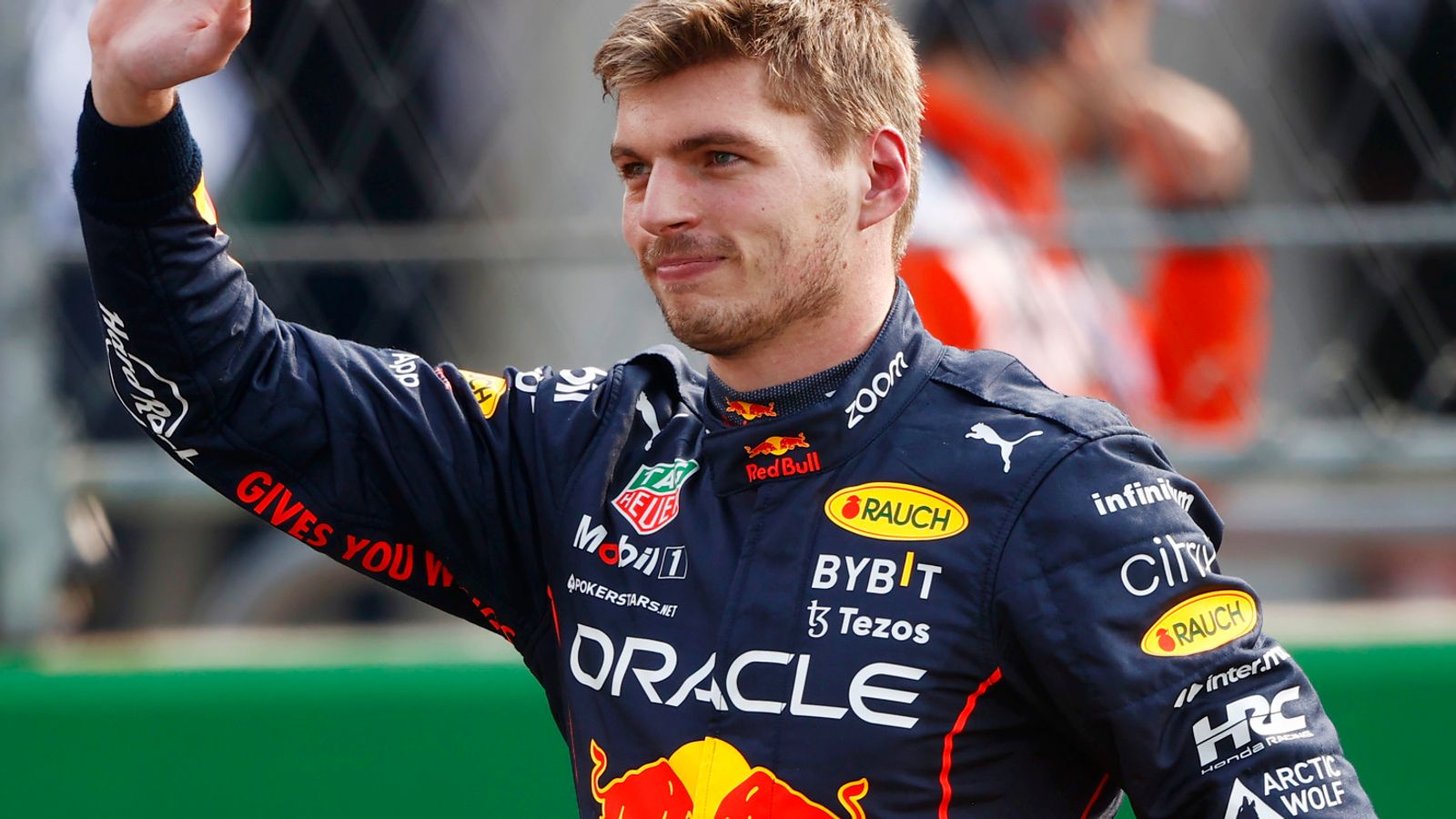 Max Verstappen takes pole for Red Bull at the Mexico City GP; Lewis Hamilton had topped the timesheet for Mercedes in Q1 and Q2, but could only finish third behind team-mate George Russell; watch the race live on Sky Sports F1 at 8pm on Sunday, with build-up from 6:30pm

Red Bull’s Max Verstappen will start on the front of the grid ahead of the Mercedes pair of George Russell and Lewis Hamilton at the Mexico City Grand Prix.

Red Bull’s Max Verstappen will start on the front of the grid ahead of the Mercedes pair of George Russell and Lewis Hamilton at the Mexico City Grand Prix.

Lewis Hamilton topped the timesheet in Q1 and Q2 at the Autodromo Hermanos Rodriguez to continue the strong form Mercedes had shown throughout the weekend, but it was the 2022 world champion who was able to find extra performance when it mattered most.

Verstappen’s 1:17.775 put him 0.3s clear of Russell, with Hamilton just a fraction behind his team-mate in third, while the other Red Bull of Sergio Perez finished fourth at his home circuit.

It’s just a sixth pole of the season for Verstappen, who is seeking a record 14th victory of the campaign after sealing his second successive drivers’ championship two rounds ago in Japan.

With Verstappen’s and his team’s best performances during their brilliant season having usually been saved for Sunday, Mercedes face a major challenge to deny the Dutchman in Sunday’s race.

However, Mercedes have undoubtedly enjoyed their best Friday and Saturday of the season, and having two cars behind the Red Bull will give them hope of sealing a first victory of the year.

Mercedes had appeared to be well placed to challenge for what would have been just a second pole of the season after delivering a one-two in final practice earlier on Saturday, but Verstappen immediately laid down a marker at the start of qualifying.

The Dutchman’s more caution approach through the early stages of the lap paid off, as his stronger final sector performance put him ahead of the Silver Arrows after their first runs.

Lewis Hamilton was pleased with the performance of his Mercedes after qualifying third for the Mexican Grand Prix.

Lewis Hamilton was pleased with the performance of his Mercedes after qualifying third for the Mexican Grand Prix.

Verstappen and Leclerc, who was second at the time, were the only cars who opted not to return to the circuit for a second run on an improving track, which gave Hamilton the opportunity to set the fastest time in the dying moments.

The seven-time world champion also ended Q2 at the top of the timesheet, but had used fresh soft tyres, while Verstappen had done his flying laps on used sets.

Despite that, the fact that at the end of Q2 only 0.014s separated the top four of Hamilton, Sainz, Russell and Verstappen, a dramatic final part of the session beckoned.

However, finally unleashing his car’s full potential, Verstappen was able to out-pace Russell by more than a tenth on their opening runs, while Hamilton lost his first lap time for exceeding track limits at Turn 3.

Sky F1’s David Croft joked that George Russell’s team radio message sounded like a traffic report on the M25 on a Monday morning!

Sky F1’s David Croft joked that George Russell’s team radio message sounded like a traffic report on the M25 on a Monday morning!

That meant Hamilton would have to exercise a certain amount of caution on his second and final run, damaging his hopes of a first pole of the season.

Those hopes were further dented as Verstappen improved, and despite having appeared in touch after two sectors, Hamilton once more faded to finish three tenths back from the leading time in third.

Russell, free to attack, appeared to be on a strong lap but ran wide at Turn 12 to end his hopes of dislodging Verstappen, who has converted four of his five pole positions this season to victories.