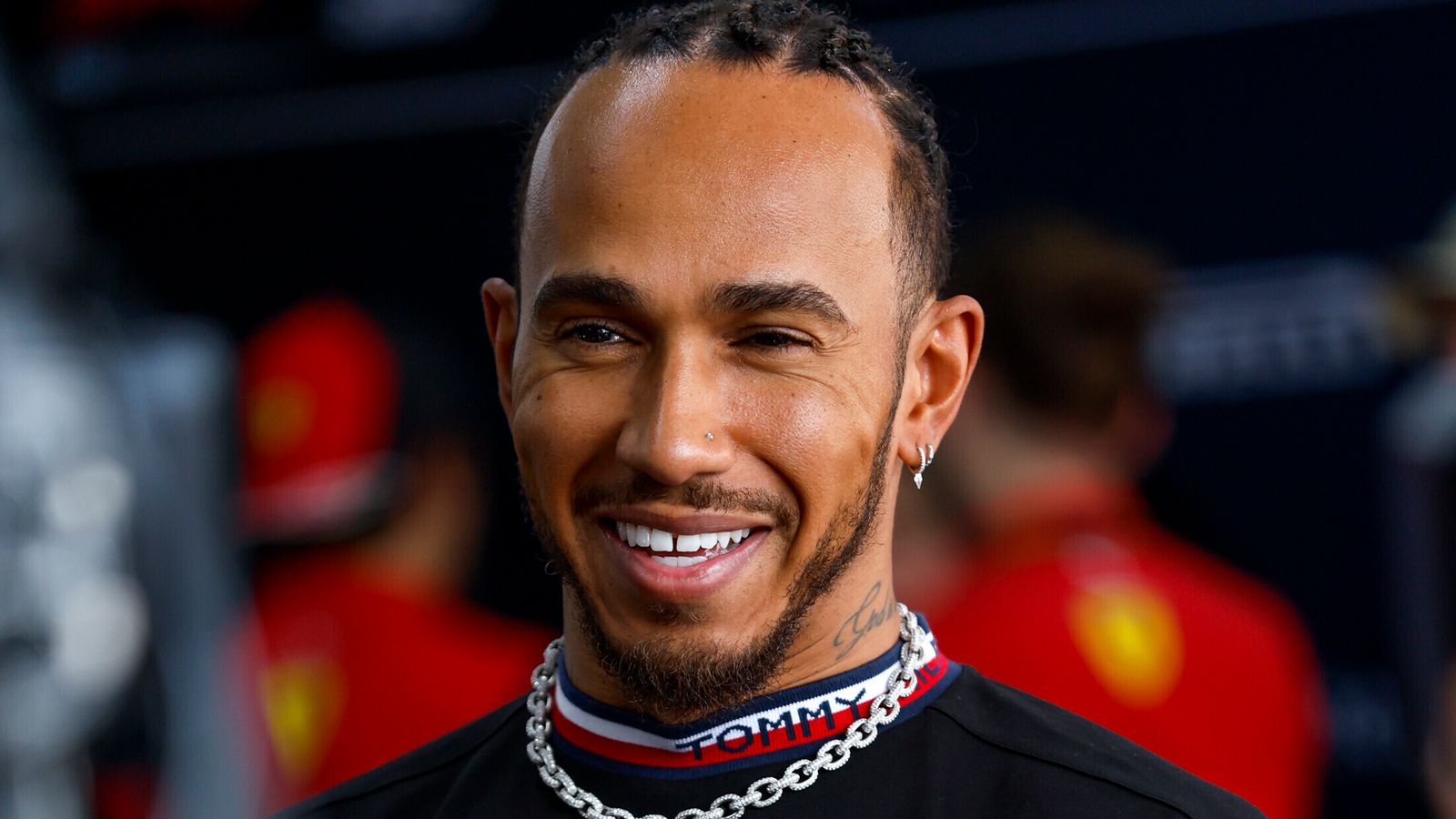 Lewis Hamilton finished fifth in first practice at the Mexico City GP but was little more than a tenth off Carlos Sainz’s leading time; George Russell topped the timesheet in Practice Two; watch Qualifying live on Sky Sports F1 at 9pm on Saturday

Lewis Hamilton was pleased with the performance of his Mercedes during Friday’s practice in Mexico.

Lewis Hamilton was pleased with the performance of his Mercedes during Friday’s practice in Mexico.

Lewis Hamilton said his Mercedes is “feeling better and better”, after an encouraging Friday practice at the Mexico City Grand Prix appeared to leave the Brit well positioned to continue his strong recent form.

Hamilton was fifth in first practice as Carlos Sainz led a Ferrari one-two ahead of the Red Bulls, but the seven-time world champion was only a little more than a tenth off the Spaniard’s leading time.

Mercedes have yet to win a race in what has been a hugely disappointing season for them following the introduction of new design regulations, but Hamilton came the closest he has done to a victory as he finished second behind world champion Max Verstappen in Texas last weekend.

“We generally had a really good session today. I really enjoyed driving around the track.

“The car is feeling better and better as we work more through it and we understand it more.”

Martin Brundle was trackside to cast his eye over Turn 10 and 11 during second practice at the Mexico City Grand Prix.

Martin Brundle was trackside to cast his eye over Turn 10 and 11 during second practice at the Mexico City Grand Prix.

The Autodromo Hermanos Rodriguez provides a unique challenge to F1 cars with Mexico City’s high altitude, which has the potential to play into Mercedes’ hands given their general inability to compete with Red Bull in more regular conditions.

Meanwhile, the fact that – for a second successive race weekend – Friday’s second practice session was used to test next year’s Pirelli tyres means teams have amassed less data and there is greater unpredictability going into Saturday’s qualifying session.

“I don’t know really where we stand compared to others because everyone’s on different programmes,” Hamilton said.

Asked if he expected further progression throughout the weekend, Hamilton added: “I have no idea, you never know with this car. Tomorrow morning it could slap me in the face and not be happy.

“But I hope that’s not the case and of course we’ll do plenty of work tonight to see if we can etch ourselves a little bit further forward.”

Russell: It was our best Friday of the season

George Russell, who sat out Friday’s first session as Nyck de Vries stepped in for one of Mercedes’ allotted young-driver sessions, was also pleased with the W13’s performance.

Russell was one of four drivers able to use 2022 tyres – and therefore set reflective times – during Practice Two after missing out on the opening session.

“The car’s working well at the moment and got a good feel around here,” Russell said. “The pace is looking relatively strong, but we know the challenges at a circuit like this.

“I think Sunday is going to be really difficult with temperature management for the engine, for the brakes.

“Qualifying, getting the tyres in the right window for that single lap is also going to be really difficult. It’s probably one of the better Fridays, for sure.”

While Hamilton has excelled in recent weeks, Russell has endured the toughest stretch of his highly impressive debut season with Mercedes, but is targeting “at least” a podium in Sunday’s race.

“It’s probably one of, if not our best Friday of the year. Between the two of us we’ve got 14 podiums, so that’s absolutely what we’ll be going for.

“Not having the normal FP2 running where you get to understand the long run, the consecutive laps of your rivals, it’s going to be difficult to know and we can soon get into a lot of trouble if the temperature is a bit hotter or cooler and we find ourselves having to manage everything on Sunday.

“It’s not going to be a straightforward Saturday and Sunday, that’s for sure.”