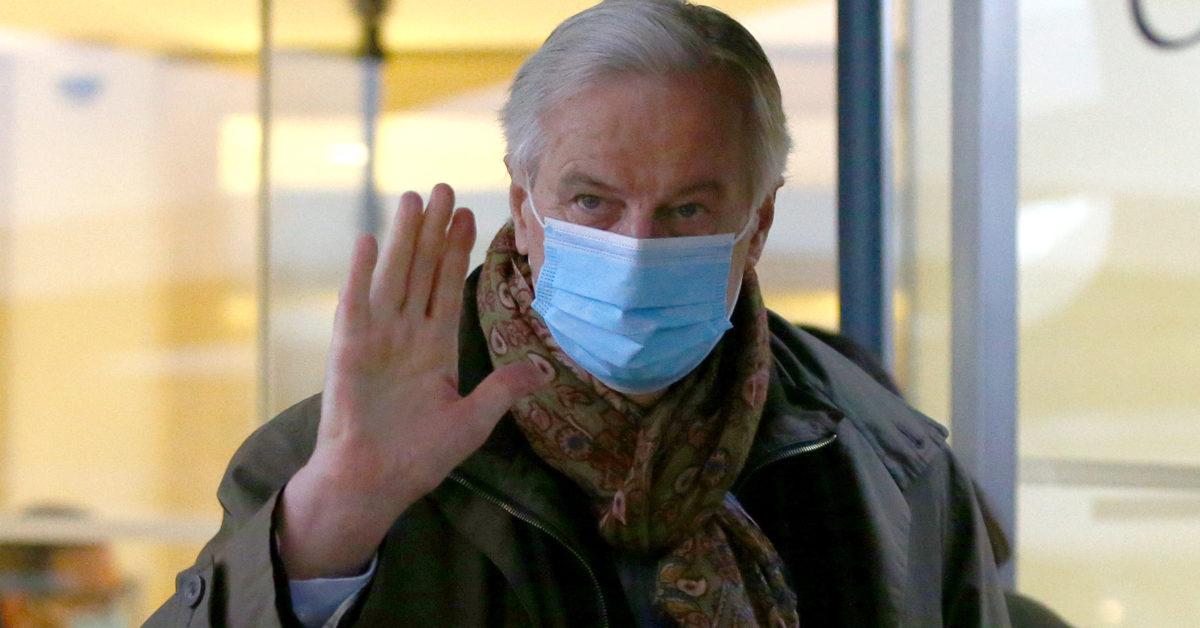 “It’s the moment of truth,” Barnier said in a speech to the European Parliament. “We have very little time remaining â€”Â just a few hours to work through these negotiations in a useful fashion if we want this agreement of enter into force on the first of January.”

On Thursday, leaders of the European Parliament set a deadline of Sunday night for Barnier and his team to reach a tentative agreement with the U.K.

Delivering an update on negotiations in the plenary on Friday, Barnier repeated a line from Commission President Ursula von der Leyen, saying: “There is a chance of getting an agreement, but the path to such an agreement is very narrow.”

In a real sign that talks could end without a deal, Barnier stressed it was U.K. Prime Minister Boris Johnson who set the December 31 cliff edge, by refusing to request an extension to the transition period that Barnier said the EU27 were prepared to grant.

“It is the Brits who decided on a very short deadline within which we are now constrained,” Barnier said. “In June, they refused any form of extension of the transition, which was possible, which was on the table, we had agreed to that. But they established the date of the 31st of December as that moment of truth.”

Johnson spoke by telephone with von der Leyen on Thursday evening and issued a statement afterward insisting that a deal could be reached only if the EU concedes ground. A U.K. read-out of the call said Johnson had underlined that “it now looked very likely that agreement would not be reached unless the EU position changed substantially.”

Barnier, in his speech to Parliament, did not indicate that any such shift was forthcoming, and he stressed again that serious differences remain on the so-called level playing field, and on the EU’s future access to U.K. fishing waters.

Barnier said the EU was offering the U.K. the best trade deal ever developed with a non-EU country.

“We’d like to have an ambitious free trade agreement that is unique, a form that we have never offered to any third country before,” he said. “Zero tariffs, zero quota access with the rules that I mentioned on level playing field â€” connectivity, for example, for both road and air transport and energy, or cooperation when it comes to social security.”

But Barnier said that the EU was prepared for a no-deal scenario and would not seek an agreement at any cost. “What is more important than just the relationship between the U.K. and the European Union is the European project, which is called into question here,” he said.