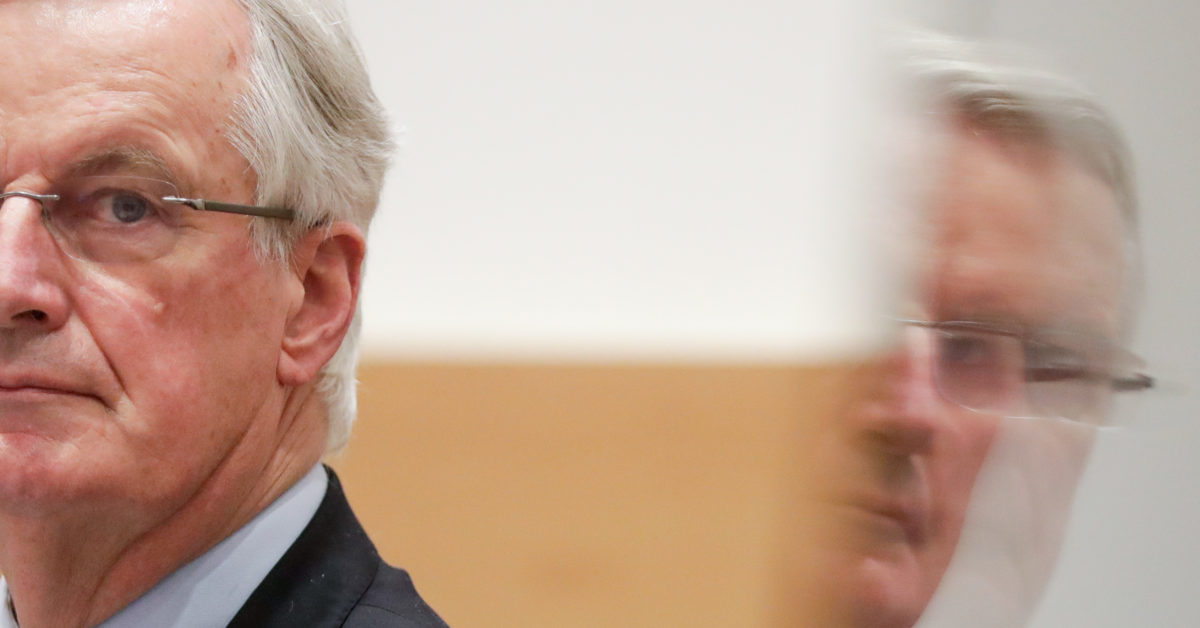 The EUâ€™s former Brexit negotiator â€”Â now vying to become Franceâ€™s next president â€”Â has been dismissed by some as having no chance to reach the ElysÃ©e because of an already crowded center-right contest before next Aprilâ€™s vote. But a change in how the conservative Les RÃ©publicains (LR) party plans to pick its candidate, as well as new data on what the party faithful really think, have given his supporters new vigor.

Les RÃ©publicains decided last week to pick their presidential runner in an internal party convention, rather than holding an open primary allowing any French voter to choose â€” potentially good news for Barnier, after data from core LR members published by Lâ€™Opinion showed him gaining support despite first being dismissed as an outsider. Though the data was not a representative survey, it showed 27 percent of voters wanting to name Barnier as their presidential candidate ahead of his main rivals for the partyâ€™s nomination, ValÃ©rie PÃ©cresse and Xavier Bertrand.

Barnier could in part be benefiting from the fact that unlike PÃ©cresse and Bertrand â€” both of whom quit LR but remain aligned with the party â€” Barnier has maintained his membership. As it turns out, loyalty matters.

â€œItâ€™s only in the last 10 days or so that we have felt a change,â€ said FranÃ§ois Cornut-Gentille, an MP and early supporter of Barnierâ€™s candidacy. â€œIt appears the rank and file like Barnier because he didnâ€™t leave when our political family was divided.â€

A recent poll of conservative voters also showed Barnier was judged best able to represent France abroad (66 percent), emerging as the strongest champion of the values of the political right and center (tied with Bertrand on 59 percent).

Whether Bertrand (the regional leader of Hauts-de-France) participates in the party convention will have a major impact on Barnierâ€™s success, since Bertrand is still seen as the partyâ€™s best shot at reaching the nationâ€™s top office in the election. Bertrand has said he does not want to submit to an internal vote, which he says risks splitting the party. Instead, he wants candidates and party grandees to agree on a nominee.

Far-right leader Marine Le Pen and Emmanuel Macron are still seen as leading the field nationwide, though polls suggest support for Le Pen is flagging, opening a door to other candidates â€” particularly on the right.

Earlier this year, Barnierâ€™s muted presidential ambitions were derided as a non-starter by the French press. Labeled as a boring, old-fashioned Europhile, he didnâ€™t stand out until he started talking about immigration.

Barnier first suggested introducing a moratorium on immigration, then caused a media furor by calling for France to regain its â€œlegal sovereignty in order to no longer be subject to the judgmentsâ€ of the Court of Justice of the European Union and European Court of Human Rights.

â€œWe needed to change his image and distinguish him from the so-called Euro-ecstatics,â€ said Cornut-Gentille, â€œand there was the need to show his credibility on the topic of immigration.â€

â€œBut [as the former Brexit negotiator] he canâ€™t be suspected of being anti-European, and is well-positioned to criticize the EU and point out that there are problems with Europe,â€ he added. Â

The moves helped raise Barnierâ€™s profile, especially in the upper echelons of the conservative party. According to one party adviser, Barnier has also started to appeal to an influential wing of mainly Catholic conservatives who support family values and French sovereignty.

â€œHe has a sort of Christian Democrat legacy and readily talks about family and French values,â€ the adviser said. â€œItâ€™s not an obsession of his but itâ€™s something that percolates his thinking.â€

â€œAnd he looks like your ideal politician: tall, clean-cut with a certain gravitas,â€ he said.

Barnierâ€™s supporters also hope that he will appeal more widely to voters in light of Macronâ€™s setbacks on the international stage, particularly over the emergence of a new partnership between the U.S., U.K. and Australia and the subsequent loss of a blockbuster submarine contract.

â€œBarnier led difficult negotiations on Brexit and always held his own,â€ said Senator Catherine Deroche, who recently announced her support for him. â€œWhat happened with Australia shows France wasnâ€™t on the ball and that [Macronâ€™s government] was too arrogant, too confident and believed they could sweet-talk everyone.â€

Last week, Barnier accelerated his campaign by unveiling his team. On Sunday he announced a list of over 52 parliamentarians who support him, but as his operation scales up, Barnierâ€™s proposals on Europe will come under greater scrutiny.

â€œFor the moment his [sovereignty] spin is prevailing over the image of an EU commissioner who compromised himself for 20 years in contributing to current EU policies,â€ said the party adviser. â€œItâ€™s quite smart. [But] it will be more complicated to convince others that he really wants to change Europe, Frontex and Schengen.â€

Les RÃ©publicains have scheduled their internal primary for early December.

â€œIt means that [after the vote], everyone will back a single candidate,â€ said party president Christian Jacob.

The road to a joint nominee may prove rocky, however. As the frontrunner, Bertrand has refused to take part in either an open or closed primary. But he needs party funds and manpower to support his presidential bid, so canâ€™t completely ignore the preparations for the party convention vote.

The question now is whether the convention vote goes ahead or whether Bertrandâ€™s supporters manage to convince the party leadership to rally around a single candidate. In any case, Les Republicains face another period of wrangling and negotiation.