Michel lands in Moldova on swing through east 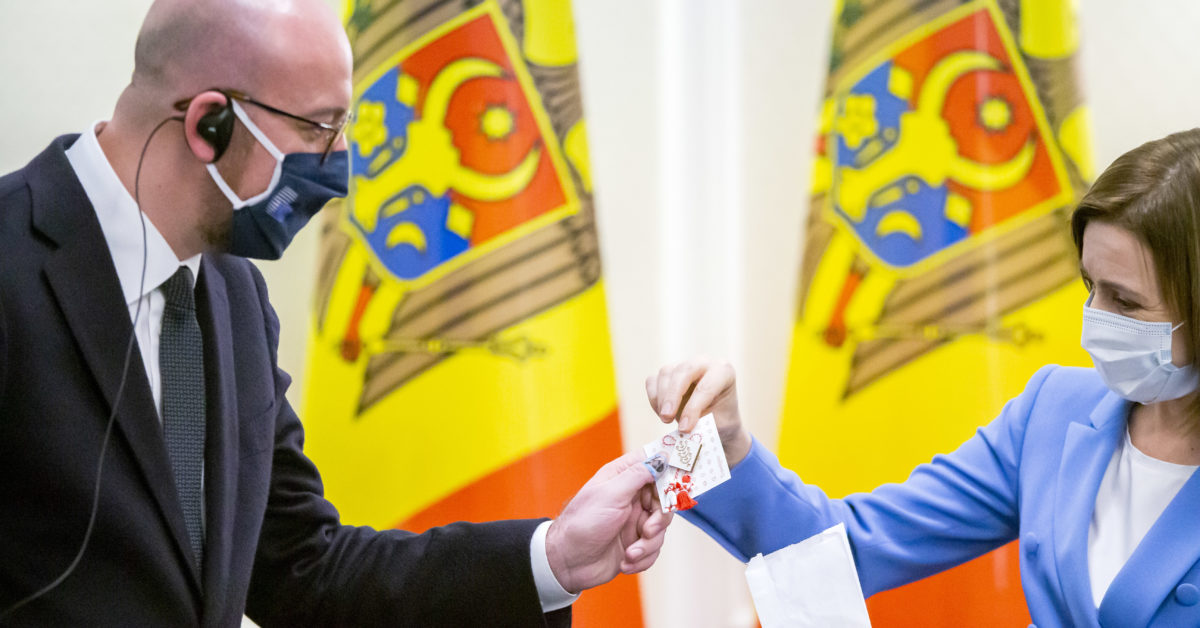 During a brief visit to ChiÈ™inÄƒu, European Council President Charles Michel on Sunday praised Moldovaâ€™s renewed efforts to contain corruption and strengthen the rule of law, and pledged continuing help for the country in combatting the coronavirus pandemic.

Michelâ€™s visit to the Moldovan capital was the first stop on a swing through EUâ€™s â€œeastern neighborhood,â€ amid deepening tensions between Brussels and Moscow. The EU last week approved new sanctions on four senior Russian officials as punishment for the jailing of opposition figure Alexei Navalny.

Michelâ€™s trip will also take him to Georgia and Ukraine.

In ChiÈ™inÄƒu, Michel met with President Maia Sandu, a Harvard-educated economist who won election in November on a pro-EU campaign platform. At a news conference, he praised her agenda but also warned that EU support would depend on progress fighting corruption, including bank fraud.

â€œYour election reflected peopleâ€™s expectations for a better life, without corruption and based on the rule of law and democratic norms,â€ Michel said during a joint appearance with Sandu, which he began by presenting her with a bouquet of pink flowers.

â€œIt has opened a window of opportunity for enhanced EU-Moldova relations,â€ Michel continued. â€œBut how wide this window will open depends on the political will of our Moldovan partners. We are committed to strengthening Moldovaâ€™s political association and economic integration. And as you know, our support is linked to strict conditionality on the rule of law and democratic standards.â€

Michelâ€™s visit to the three so-called â€œeastern partnershipâ€ countries will send a symbolic message to Moscow, ahead of a planned strategic review of EU-Russia relations by heads of EU state and government at the European Council summit in March. But the trip also carries some political risk for Michel given that many EU countries remain under strict lockdown because of the coronavirus pandemic, including Belgium, which has sealed its borders for nonessential travel since January 22. The ban ends Monday.