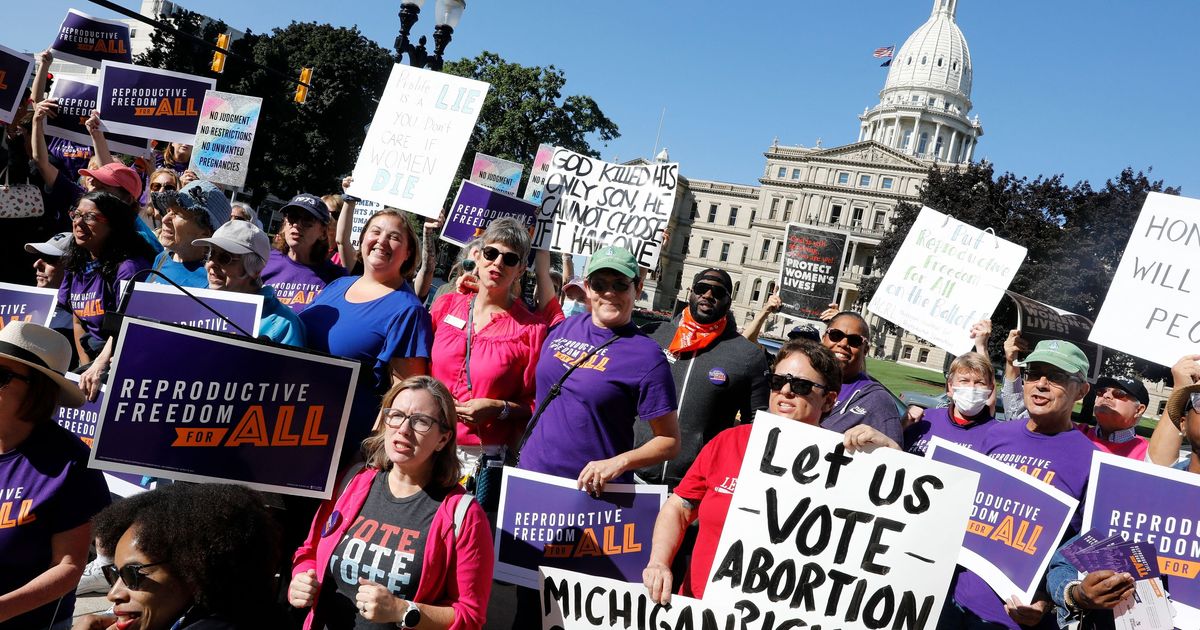 A Michigan judge issued a sternly worded opinion Wednesday ruling that a 91-year-old anti-abortion law still on the books violates the state constitution.

“A law denying safe, routine medical care not only denies women of their ability to control their bodies and their lives — it denies them of their dignity,” Court of Claims Judge Elizabeth Gleicher wrote. “Michigan’s Constitution forbids this violation of due process.”

The 1931 law went dormant in 1973 when the U.S. Supreme Court legalized abortion nationwide in Roe v. Wade, but Michigan Republicans have sought its revival since the Supreme Court overturned Roe in June.

The the nearly century-old measure made it a crime to assist a person in terminating their pregnancy, except where it was needed to save the life of the mother.

Gleicher had issued a preliminary injunction in May suspending the law in response to a suit filed by Planned Parenthood. On Wednesday, she made it permanent, forbidding the state from enforcing the law.

Her ruling comes as the Michigan Supreme Court is expected to decide whether the public will be able to vote to enshrine abortion access in the state constitution this fall. If approved, the proposal would trump the 1931 law and cement the right to abortion, which is currently legal in Michigan.

Activists gathered around 750,000 signatures in support of the proposal this summer, but their efforts were stymied last week when a state elections panel blocked it from appearing on November ballots due to a technical issue. The state Supreme Court faces a Friday deadline to rule on the issue.

Gleicher specifically said that her decision applies to the local Republican prosecutors who have threatened to use their power to charge people with violating the law. Michigan Attorney General Dana Nessel, a Democrat, said previously that she will not enforce the ban even if it is ultimately upheld.

The judge also directly addressed the U.S. Supreme Court’s recent ruling in Dobbs v. Jackson Women’s Health Organization, the case rolled back abortion rights nationwide. She torched the high court’s reasoning as she explained how the Michigan Constitution differs from the U.S. Constitution.

“Rather than requiring a right to be ‘deeply rooted in this Nation’s history or tradition,’ and ‘implicit in the concept of ordered liberty,’ when interpreting Michigan’s Constitution ‘the most pressing rule’ is ’that the provisions for the protection of life, liberty and property are to be largely and liberally construed in favor of the citizen,” the judge wrote, referencing oft-quoted lines from Supreme Court Justice Samuel Alito’s majority opinion.

“What was ‘deeply rooted’ in history and tradition in 1868, a focal point in Dobbs, bears little resemblance to the understanding of personal freedom, particularly for women and people of color, motivating those who drafted and ratified our 1963 Constitution,” she said.

Gleicher highlighted the argument, frequently made by advocates for abortion rights, that abortion bans prevent women from participating fully in civic life.

“Despite that men play [a] necessary role in the procreative process, the law deprives only women of their ability to thrive as contributing participants in [the] world outside the home and as parents of wanted children,” she said.