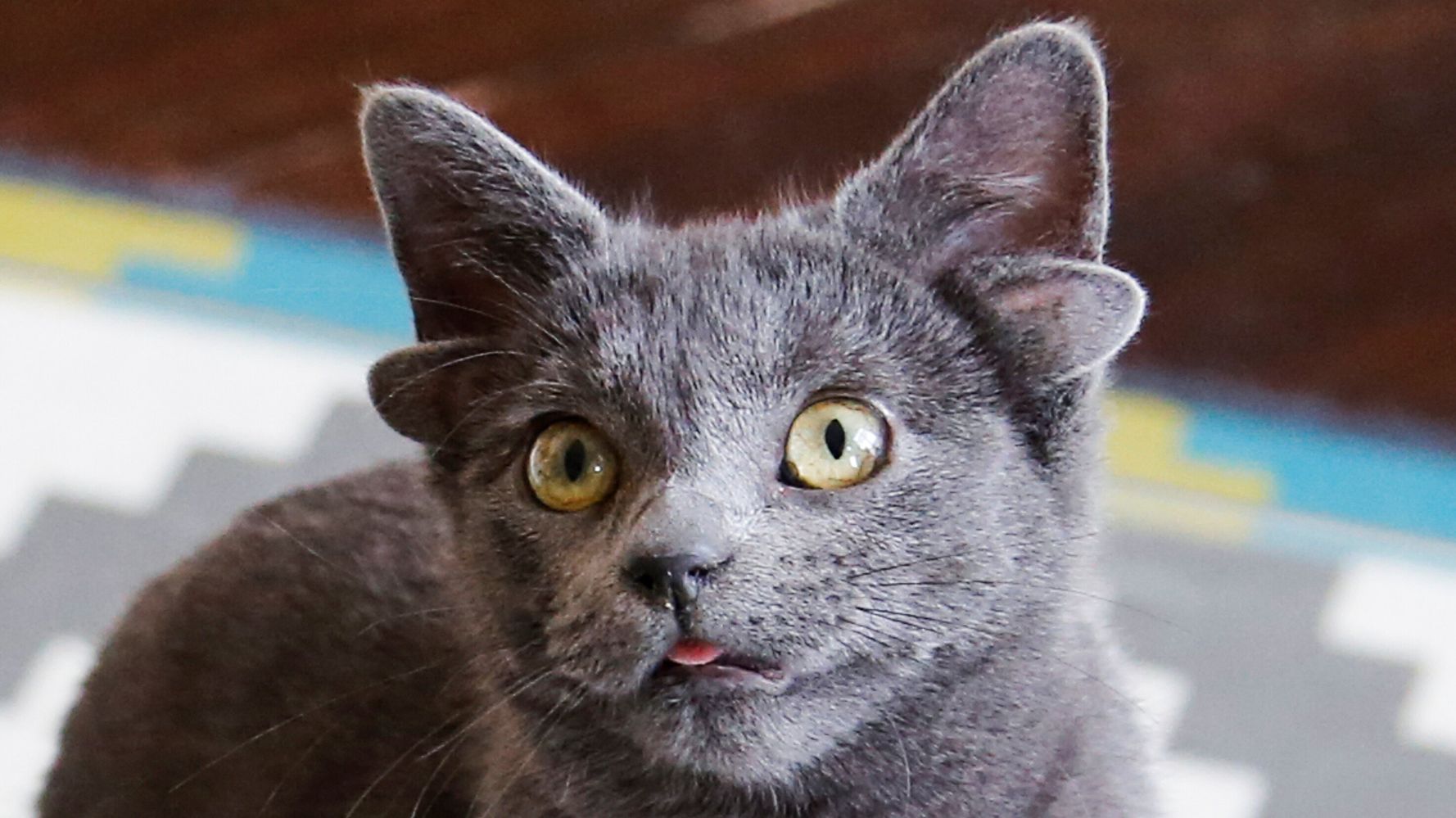 A sweet gray kittenâ€™s unique appearance has her earmarked for internet fame.

Midas, now 4 months old, has two normal ear canals, but each one has two earflaps, giving her a â€œfour-earedâ€ appearance. She was born in a backyard in Ankara, Turkey, and ultimately adopted by a family who was looking for a rescue cat and wanted to make sure Midas found a home, fearing others might be put off by her slightly kooky look, owner Canis Dosemeci told Reuters.

â€œWe have never thought of buying a cat, we just wanted to rescue a cat from the street, and we wanted to adopt her,â€ Dosemeci said.

She and her family chose the name Midas in reference to the king from Greek mythology who was said to be able to turn everything he touched to gold. As the myth goes, Midas ended up offending the god Apollo, who punished the king by giving him donkey ears.

While the donkey ears were a huge source of shame to the mythical king, they seem to be a plus for the real cat. Though some people find her look â€œscary,â€ Dosemeci said, most are taken with how cute she is. The cat now has more than 82,000 followers on her Instagram account, where some of Dosemeciâ€™s other pets also make the occasional cameo.

Another piece of good news: The extra earflaps donâ€™t cause her any negative health effects, Dosemeciâ€™s veterinarian told Reuters. The news outlet also noted that Midas has a defective jaw â€• both conditions are believed to be caused by a genetic mutation â€• but itâ€™s unclear if that causes any problems for her.

That said, Midas is clearly enjoying life, unaware of her fame in the wide world.

â€œShe is a very playful cat. But very friendly as well,â€ Dosemeci told the Daily Mail, adding that Midas loves to sleep on her chest or shoulder and is great buds with the family dogs.