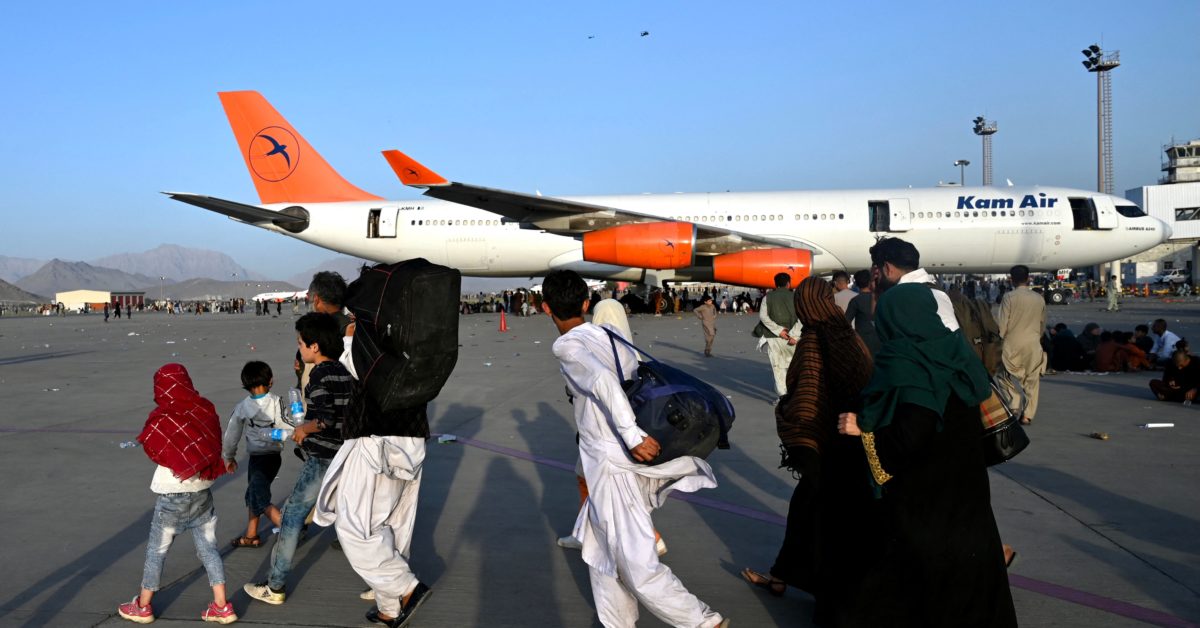 For Afghans desperate to flee the Taliban takeover of their country, Europe had â€”Â at best â€” mixed messages to offer.Â

As the evacuation from Kabul airport grew increasingly chaotic Monday, with footage emerging of Afghans attempting to cling to a departing U.S. military plane, criticism of the international communityâ€™s handling of the crisis mounted.Â

In EU capitals, some politicians responded to the images with urgent calls to grant asylum to Afghans imperiled by the countryâ€™s rapid takeover by the Taliban. Yet the crisis has also renewed migration debates across the Continent, with some saying Europe should avoid taking in large numbers of refugees.

EU foreign affairs ministers will hold an emergency videoconference on Tuesday, following an ambassadorsâ€™ meeting on Monday that focused on the evacuation of EU citizens and local Afghan staff.Â

â€œAfghanistan stands at a crossroad,â€ High Representative Josep Borrell tweeted. â€œSecurity and wellbeing of its citizens, as well as international security are at play.â€

And as many on the ground continue to await evacuation planes, European officials sought to calm nerves.Â

French Ambassador David Martinon posted a photo on social media of his embassy team working at Kabul airport. Meanwhile, the EUâ€™s ambassador to Afghanistan, Andreas von Brandt, tweeted a selfie to show he is still in the city. â€œLetâ€™s avoid panic and chaos as this may cost further lives,â€ he wrote.Â

Across the Continent, politicians voiced alarm at the unfolding chaos.Â â€œThe country needs a lasting and inclusive political solution that protects the rights of women and allows Afghans to live in safety and with dignity,â€ tweeted European Parliament President David Sassoli. â€œAsylum must be granted to those in danger of persecution,â€ he added.Â

Lithuanian President Gitanas NausÄ—da said his country is â€œdeeply concernedâ€ and that â€œtogether with other NATO Allies we will do our best to protect the most vulnerable people.â€Â

The fall of Afghanistan to the Taliban is â€œthe biggest defeat to date for NATO in history,â€ tweeted Slovenian Prime Minister Janez JanÅ¡a. â€œAs part of the alliance, we are co-responsible for it,â€ he wrote, adding: â€œLeaving Afghan allies to Taliban terror, however, is a shameful act.â€

Rights groups, meanwhile, said Brussels should be doing more.Â Amnesty International called on the EU to â€œensure safe passage out of Afghanistan for all at risk,â€ listingÂ  â€œemergency visasâ€ as well as evacuations, â€œrelocation & resettlementâ€ and suspending â€œall deportations & forced returnsâ€ as necessary steps.Â

And there are worries about Afghans who may not have been working directly for western powers but could still be targeted by the Taliban.

â€œDefenders of human and womenâ€™s rights, artists and media workers who have relied on the protection of the West also deserve our protection,â€ said German Green MEP Sven Giegold.Â

Others though have warned that the instability in the country will lead to another migration crisis as refugees try to reach Europe.Â

Over the weekend, Italy, Spain, Cyprus, Malta and Greece asked for the situation in Afghanistan and its possible impact on migration flows to be discussed at a meeting of home affairs ministers on Wednesday.

â€œIt is clear that our country will not be a gateway for a new wave of refugees,â€ Greek Migration Minister Notis Mitarachi told local television on Monday.Â

Asked to estimate how many people could arrive in his country from Afghanistan, Mitarachi said only â€œa very small numberâ€ but added that the country doesnâ€™t want to experience a repeat of the 2015 crisis when more than a million refugees fleeing the war in Syria reached Europe. â€œOf course this has to do with the flows towards Turkey and its attitude, but also the attitude of the EU towards Turkey,â€ he added.Â

Only about 4,500 asylum seekers â€”Â of any nationality â€”Â have arrived in Greece so far this year. Turkey has vowed to shut its border with Iran to irregular migrants, making it even harder for Afghan refugees to make the journey to Europe.

In Germany, too, Christian Democrat leader and chancellor hopeful Armin Laschet stressed on Sunday that while western countries ought to evacuate their local partners and â€œwomen who are at particular riskâ€ from Afghanistan, â€œ2015 should not be repeated.â€Â

Both he and his Social Democrat rival Olaf Scholz suggested that the EU should prioritize helping refugees who flee to Afghanistanâ€™s neighboring countries, with Scholz noting that a lack of prospects in Turkey, Lebanon and elsewhere had prompted Syrians to make the journey to the EU in 2015.Â

â€œWe should not send the signal that Germany can take in everyone in need,â€ Laschet said. â€œThe focus must be on humanitarian aid on site, unlike in 2015.â€Â

Criticism came from the Greens, whose parliamentary motion to evacuate Afghans who worked with the German military was rejected by the governing coalition as well as the far-right in June.Â

â€œThis very approach â€” that the main thing is to prevent anyone from coming here â€” brought us to this point,â€ said the partyâ€™s deputy chair Ricarda Lang. â€œAnyone who sells this as a solution now accepts unimaginable human suffering.â€Â

Chancellor Angela Merkel told party colleagues in a closed-door meeting that Germany must evacuate up to 10,000 people, according to Reuters, including support staff, human rights activists and others at risk.

In a press conference on Monday evening, Merkel said Germany was planning to evacuate more locals but acknowledged that given the security situation on the ground, â€œitâ€™s no longer in our hands.â€

Some 1,900 of 2,500 locals â€”Â Afghans who had assisted the German military and their families â€”Â had already been evacuated, she said.Â Her government would try to help as many people who had worked with Germany as possible. Regarding vulnerable Afghans who did not work with Germany â€”Â such as employees of NGOs or womenâ€™s rights activists â€”Â a â€œsecure place to stay near Afghanistanâ€ should be found, Merkel said

Among some officials, there were signs of introspection.Â

â€œWe have to draw lessons from this failure very quickly,â€ tweeted Andreas Michaelis, Germanyâ€™s ambassador in London. â€œWe could have handled the exit from Afghanistan differently.â€