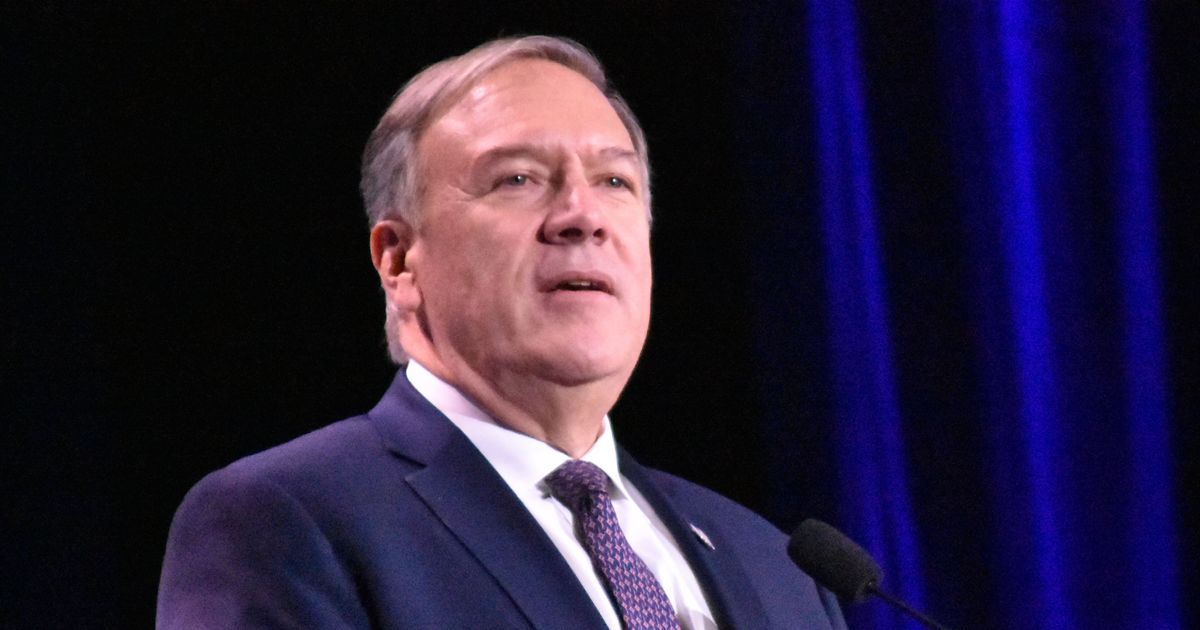 In a new memoir, former Secretary of State Mike Pompeo mocks the international reaction to the grisly killing of Washington Post columnist Jamal Khashoggi and dismisses him as an “activist” ― not a journalist.

The media helped spread “faux outrage” over the incident, Pompeo writes in the book, which was published Tuesday.

Pompeo was serving under then-President Donald Trump in October 2018 when Saudi Arabian agents murdered Khashoggi and dismembered his body inside the Saudi consulate in Istanbul. The columnist had been a well-known critic of Saudi Crown Prince Mohammed bin Salman’s rule.

To Pompeo, though, the public reaction to Khashoggi’s brazen assassination was excessive.

“He didn’t deserve to die, but we need to be clear about who he was ― and too many in the media were not,” Pompeo writes in “Never Give an Inch: Fighting for the America I Love,” according to NBC News.

The news media “hammered the story extra hard because Khashoggi was a ‘journalist,’” he says, per the Guardian.

“To be clear, Khashoggi was a journalist to the extent that I and many other public figures are journalists. We sometimes get our writing published, but we also do other things. The media made Khashoggi out to be a Saudi Arabian Bob Woodward who was martyred for bravely criticizing the Saudi royal family through his opinion articles in the Washington Post,” he writes, referring to the famous Watergate reporter.

Pompeo says the killing ― which he calls “outrageous, unacceptable, horrific and despicable” ― was not “surprising” to him because he had “seen enough of the Middle East to know that this kind of ruthlessness was all too routine in that part of the world.”

He goes on to cast doubt over Khashoggi’s allegiances, citing New York Times reporting about his ties to Islamist group the Muslim Brotherhood and al Qaeda founder Osama bin Laden as a young journalist working in the Middle East.

Reached for comment by NBC News, Khashoggi’s widow, Hanan Elatr Khashoggi, flatly denied that he had been part of the Muslim Brotherhood.

“Whatever he [Pompeo] mentions about my husband, he doesn’t know my husband. He should be silent and shut up the lies about my husband,” she told the outlet. She described Khashoggi’s views as thoughtful and nuanced, and she noted that he always condemned the Sept. 11 terrorist attacks.

Fred Ryan, the publisher and CEO of The Washington Post, skewered Pompeo for his characterization of the deceased columnist, calling it “shocking and disappointing” to see the book “so outrageously misrepresent the life and work” of Khashoggi.

“His only offense was exposing corruption and oppression among those in power—work that good journalists around the world do every day. Jamal dedicated himself to the values of free speech and a free press and held himself to the highest professional standards. For this devotion, he paid the ultimate price,” Ryan said.

Separately, a book critic for the Post said that reading Pompeo’s tome was “like being locked in a room and forced to listen to 20 hours of [Fox News host] Tucker Carlson reruns at top volume.”

Pompeo responded to Ryan’s criticism in a Tweet Tuesday afternoon:

Americans are safer because we didn’t label Saudi Arabia a pariah state. I never let the media bully me. Just b/c someone is a part-time stringer for WaPo doesn’t make their life more important than our military serving in dangerous places protecting us all. I never forgot that. https://t.co/jidmb6R6oU

Amid Khashoggi’s disappearance, Trump sent Pompeo to the Saudi Arabian capital to reaffirm U.S. support for Crown Prince Mohammed and the country.