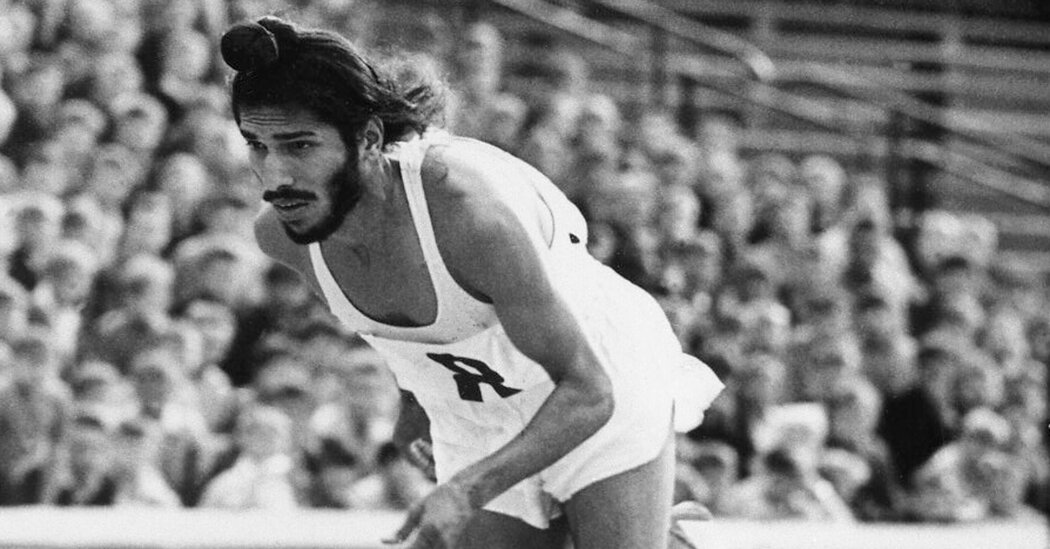 Milkha Singh, a track star who inspired generations of Indians with his feats on an international stage and a compelling life story in which he once raced trains for fun and literally had to run for his life as his father, attacked by a mob, lay dying, died on Friday in Chandigarh. His age was uncertain, but he was either in his late 80s or his early 90s.

His family said the cause was complications of Covid-19. He had tested positive for the coronavirus on May 20 and had been in and out of the hospital for a month. His death came just five days after that of Nirmal Kaur, his wife of 58 years and a sportswoman in her own right.

He was cremated with state honors, and the state of Punjab observed a day of mourning.

Nicknamed the Flying Sikh, Singh overcame great adversity to become a sports hero, representing the aspirations of his fellow citizens during the tumultuous period when India had just thrown off the shackles of colonialism.

But he is best known for his fourth-place finish in the 400 meters at the Rome Olympics in 1960, where he missed winning the bronze medal by one-tenth of a second. After a blazing start — he was in the lead for more than 250 meters — he decided to slow down because he was worried he might collapse.

It was a decision he regretted until the end of his life. Several Olympic records were shattered in that race, and Singh’s time of 45.6 seconds had beaten the previous record of 45.9, but it wasn’t good enough that day. In several later interviews, he called it the worst memory of his life after the death of his parents.

Milkha Singh was born sometime in the early 1930s into a large farming family in the village of Gobindpura in what is now Pakistan. Most sources say he was 91; his passport lists his date of birth as November 1932, but in his autobiography he said he didn’t actually know the date. He was the seventh of eight children born to Sampuran Singh and Chawali Kaur.

His passion for running was the leitmotif of his life. During his carefree childhood, he ran to school each day and as a lark pitted himself against moving trains, racing alongside them. He later had to run when fleeing the mobs that massacred most of his family during the violent partition of India in 1947.

In his autobiography, “The Race of My Life” (2013), Singh described seeing his father being killed.

“As he fell, Father screamed ‘Bhaag, Milkha, bhaag’” — “Run, Milkha, run,” he wrote. “With my father’s warning running through my head, I fled for my life.”

He managed to get onto a train heading for Multan, where he was reunited with his sole surviving brother, Makhan, a soldier in the Indian Army, who got him across the border to India. After spending days at the Old Delhi station as a 15-year-old refugee, he managed to locate his older sister Isher and her family, who had also fled to India from undivided Punjab.

Isher’s in-laws resented having another mouth to feed, and he was often mistreated and given little to eat. He found a job at a rubber factory but was determined to join the army, a career that offered stability for a young man with little education and no prospects. He was rejected three times for being underweight before finally being conscripted in November 1952.

It was the army that spotted his talent for running and provided him with the rigorous training required to excel at national and international levels. The first contest he entered in the army had a prize that was very attractive for an underfed young man: a glass of milk every day.

Over the next few years, Singh trained relentlessly, and after losing in the heats at his first Olympics, in Melbourne in 1956, he doubled down.

“To keep myself steadfast to my goal, I renounced all pleasures and distractions, to keep myself fit and healthy, and dedicated my life to the ground where I could practice and run,” he wrote in his autobiography. “Running had thus become my God, my religion and my beloved.”

In 1963, he married Nirmal Saini, who took on the Sikh surname of Kaur. Because she was a Hindu and he was Sikh, her family at first opposed the marriage, but they relented. By this time Singh had left the army and was working for the Punjab government as deputy director of sports, developing sports infrastructure and setting up training programs for young people across the state.

His wife was a former volleyball captain for the Indian team who also worked for the government’s sports department. Singh is survived by their three daughters, Aleeza Grover, Dr. Mona Singh and Sonia Sanwalka; their son, Jeev Milkha Singh, a professional golfer who became the first Indian to join the European Tour, in 1998; and a number of grandchildren.

Singh was awarded the Padma Shri, India’s fourth-highest civilian honor, in 1958. A Bollywood movie about his life, “Bhaag Milkha Bhaag,” was released in 2013 and found both critical and commercial success.

Tracing Freedom to a Pair of Jeans

After Months as a Covid Success Story, China Tries to Tame Delta