Millions Of Children Could Starve As Coronavirus Sweeps Across Yemen, UNICEF Says 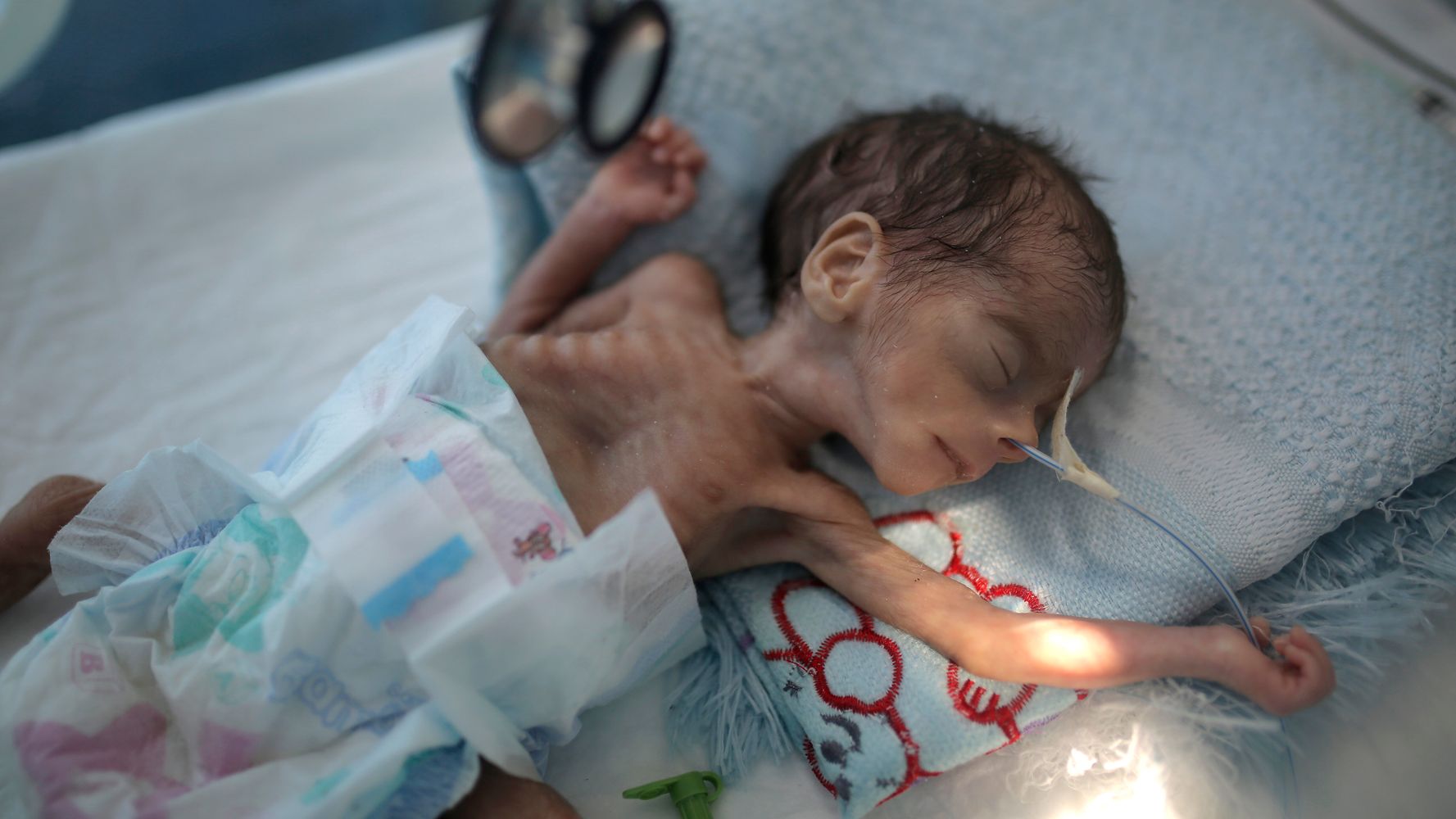 CAIRO (AP) â€” Millions of children could be pushed to the brink of starvation as the coronavirus pandemic sweeps across war-torn Yemen amid a â€œhugeâ€ drop in humanitarian aid funding, the U.N. childrenâ€™s agency warned Friday.

The stark prediction comes in a new UNICEF report, â€œYemen five years on: Children, conflict and COVID-19.â€ It said the number of malnourished Yemeni children could reach 2.4 million by the end of the year, a 20% increase in the current figure.

Yemenâ€™s poor health care infrastructure is unprepared to battle the coronavirus pandemic after five years of war between a Saudi-led military coalition and the Iran-backed Houthi rebels. The war, which has mostly stalemated, has also triggered the worldâ€™s worst humanitarian crisis.

The conflict erupted in 2015, when the Saudi-led coalition stepped in on behalf of the internationally recognized government, which the Houthis had forced into exile when they overran the capital, Sanaa, and much of the north the previous year.

The situation in Yemen is only expected to get worse as donor countries recently cut back on aid. Yemen has officially recorded more than 1,000 cases of COVID-19, the illness caused by the coronavirus, including 275 deaths. However, the actual tally is believed to be much higher as testing capabilities are severely limited.

â€œIf we do not receive urgent funding, children will be pushed to the brink of starvation and many will die,â€ said Sara Beysolow Nyanti, UNICEFâ€™s representative to Yemen. â€œThe international community will be sending a message that the lives of children … simply do not matter.â€

UNICEF also warned that unless $54.5 million are disbursed for health and nutrition aid by the end of August, more than 23,000 children will be at increased risk of dying because of acute malnutrition. It also said that 5 million others under the age of 5 will not have access to vaccines against deadly diseases.

International relief agencies are alarmed by the significant decline in humanitarian funding promised earlier by donor countries. A virtual pledging conference for Yemen hosted by the U.N. and Saudi Arabia on June 2 saw 31 donors pledge $1.35 billion for humanitarian aid â€” a billion dollars short of what aid agencies needed and half of what countries had pledged in 2019.

UNICEF could only secure 10% of the $461 million it appealed for to cover its humanitarian response to the crisis in Yemen, and less than 40% of the $53 million it needs to handle the impact of COVID-19 on children, said the report.

â€œUNICEF is working around the clock in incredibly difficult situations to get aid to children in desperate need, but we only have a fraction of the funding required to do this,â€ said Nyanti.

The UNICEF report came on the heels of a warning by U.N. humanitarian chief Mark Lowcock who told a closed U.N. Security Council meeting that Yemen could â€œfall off the cliffâ€ without massive financial support.

Half of Yemenâ€™s health facilities are dysfunctional and 18% of the countryâ€™s 333 districts have no doctors. Water and sanitation systems have collapsed resulting in recurrent cholera outbreaks. Around 9.6 million children do not have sufficient access to safe water, sanitation, or hygiene and two-thirds of the countryâ€™s roughly 30 million people rely on food assistance.