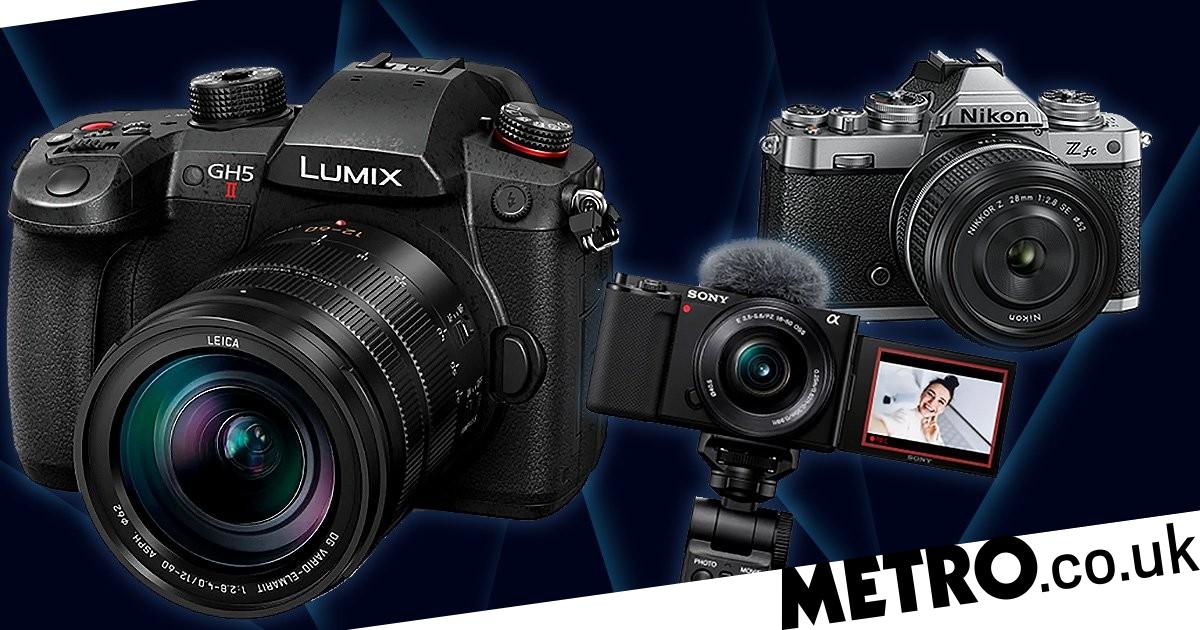 Looking to upgrade your camera?

Forget your trusty old DSLR, mirrorless is the way to go in 2021.

But to help you know which one’s will suit your needs best, we’ve already gone to the trouble of trying some of the best mirrorless cameras on the market.

So whether you’re a YouTube star or a vintage-loving pro, here are the one’s to go for.

Nikon flexes its photography heritage with the Z fc, a camera that echoes its icons of old, combining nostalgic styling with classic handling.

This lightweight camera enjoys some mod cons, such as a flip-out screen and 4K video capture, but at the heart of its experience is photography.

With its 20.9-megapixel CMOS sensor, it takes 14-bit RAW photos so boosting brightness in shadows can pull detail from dark spots better than most of the competition.

The Z fc’s quality metal body puts all the controls at the top for easy manual adjustments and with nippy focus, pictures look reliably crisp.

If you want to boost your vlogging quality from grainy smartphone to crisp foreground and soft-focus background, the ZV-E10 could be your next camera.

It combines a flip-out screen, a high-quality three-capsule microphone and up to 4K video capture in a superbly compact body.

By ditching the viewfinder and flash, Sony shaves off some weight and keeps the price low, while still loading it with a 24.2-megapixel sensor that shoots some of the best video you’ll get at under £800.

Hook it up to a computer and it turns into a webcam so you can enjoy live streaming or extremely sharp Zoom meetings.

The Panasonic GH5 II builds on the success of the original GH5, a staple for YouTubers when it launched.

It’s the only camera in our list with in-body image stabilisation so, whether you’re recording video at up to 4K or taking 20.3-megapixel photos, it holds the picture wonderfully steady.

It also packs smart live-streaming features and a swivel screen design like the Sony ZV-E10, while matching the Z fc with its eyepiece, plenty of manual control wheels and generally great photo quality.

However, it’s the 12-photo-per-second capture that makes it the nippiest camera of the bunch.