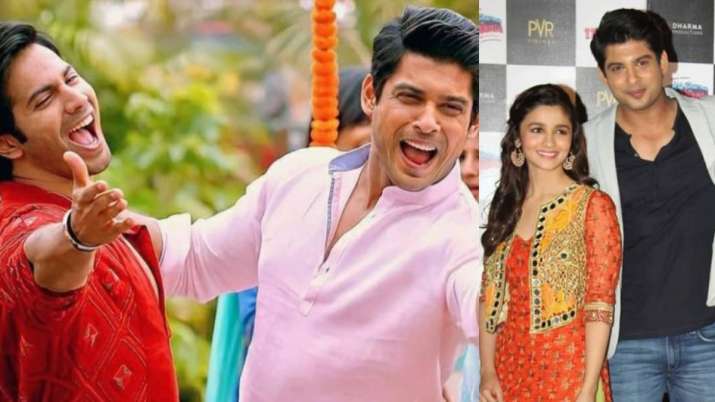 The Varun Dhawan-Alia Bhatt starrer ‘Humpty Sharma Ki Dulhania’ is celebrating eight years of its release. The film marked the Bollywood debut of late actor Sidharth Shukla in a supporting role. Varun, who played the role of Rakesh “Humpty” Kumar Sharma in the film, on Monday took to his Instagram story to share some stills, which also featured actress Alia, who essayed the role of Kavya Pratap Singh and Sidharth, who was seen in the role of Angad Bedi. Director Shashank Khaitan too posted a photo with the actors.

“8 years of Humpty Sharma Ki Dulhania, some great memories with amazing people,” Varun wrote over the photo which was re-posted by Alia on her Instagram Story. Shashank, on the other hand posted, “8 years of Humpty Sharma Ki Dulhania.. so much gratitude..Miss you Sid, still cannot believe you’re not with us.. Karan..my friend/father/guide love you to the mars and back.. apoorva for was showering me with your love and trust.. VD and alia my darlings.. best actors and friends a debut director could have asked for..”

He also posted a lengthy post listing down how things have changed in the past eight years since the film was released.

“8 years of #hskd … At times it feels like yesterday and at times another lifetime… So much has happened in just 8 years … Varun got Married. Karan had babies. I had a baby. Alia got married and is about to have a baby. Many of my HOD’s who were kids then, now have babies … Okay enough of baby talk. Raj and Bhanu went on to become film Directors. We battled through Covid. Siddharth Shukla left us for a better place,” he wrote.

“As I write this post, I am on recce for my next film. My heart is filled with gratitude. Thank you Karan for the continuing belief in me. You truly have given me wings to fly. Aaloo seeing you soar so high, makes me so happy and proud. Wishing you the best in all the new roles you will embark,” he shared for Alia and went on to add a note for Varun. “VD my brother my friend. We celebrate each others success and encourage each other through our failures. We are truly Karmic brother’s… My unbelievable cast and crew… thanking you for believing in me then and now… Loads and loads of love.”

“My family, my strength and my biggest cheerleaders. Love you. Nals my soulmate and companion, thank you for everything and thank you for Masaya. The greatest joy I feel is opening my eyes and seeing her smile. And to my mentor Dr. Daisaku Ikeda. Deepest gratitude for selflessly propagating the law. Its because of #nammyohorengekyo that through everything I smile, I fight and feel happiness everyday.” he added before concluding.

The film also featured Ashutosh Rana, Deepika Amin, Gaurav Pandey and Sahil Vaid in supporting roles. The first film in the franchise, “Humpty Sharma Ki Dulhania”, opened in 2014. In 2017, the second part titled “Badrinath Ki Dulhania” was released. Both films starred Alia and Varun, though the stories bore no connection.