More deaths as migrants continue to push into Poland 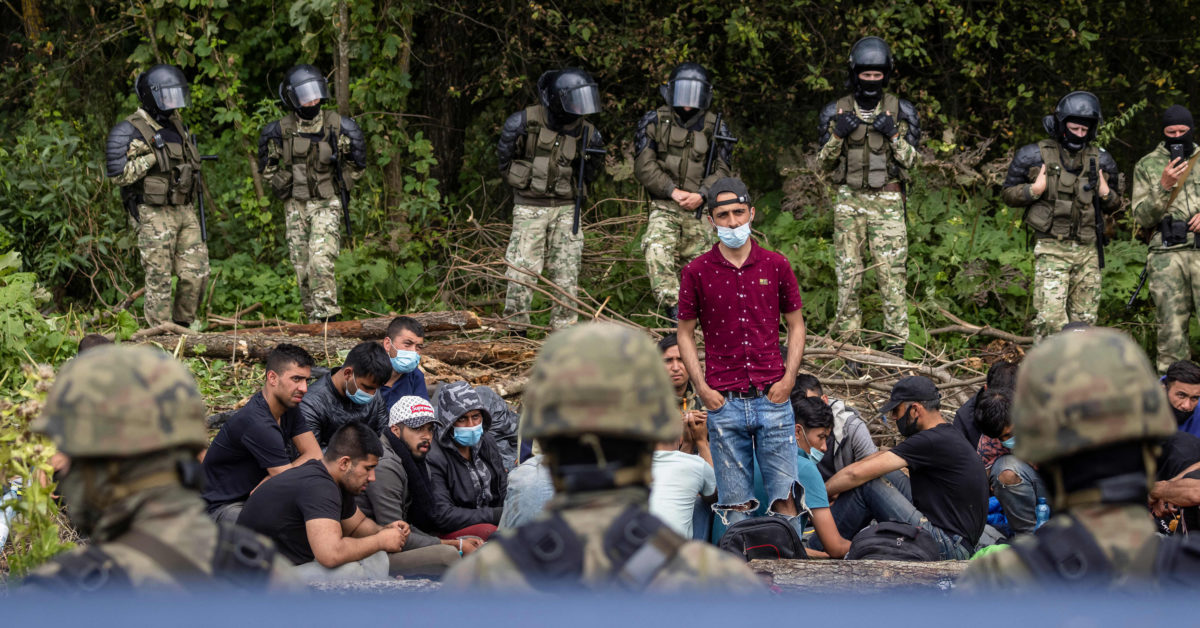 WARSAW â€” The migration crisis on Polandâ€™s border with Belarus is turning deadly.

On Friday, Polish border guards said they failed to resuscitate an Iraqi man who â€œprobablyâ€ suffered a heart attack. Last weekend, as night temperatures dropped to freezing, the bodies of four people were discovered on the border â€” three men in Poland and one 39-year-old woman in Belarus. All reportedly died from exhaustion and hypothermia.

The crush of people trying to enter Poland â€” now in the thousands monthly â€” is the result of a policy adopted by Alexander Lukashenko, the authoritarian leader of Belarus, whose government is allowing people to fly to Minsk from the Middle East, and then is reportedly helping them get to the border where they try to cross to Poland, Lithuania and Latvia. On Friday, the airport in Minsk was scheduled to receive 12 flights from Turkey and one from Syria; flights from Iraq stopped last month after the EU put pressure on Baghdad.

Lukashenko is retaliating against sanctions imposed on him and his regime by the EU; Warsaw and Brussels have denounced the migrant transports as â€œhybrid warfare.â€

Brussels is supporting Poland and the other affected countries as they fortify their frontiers. But there is growing dismay over Warsawâ€™s lack of transparency â€” Poland has declared a state of emergency in a 3-kilometer-wide strip along the border and is keeping out reporters â€” and worry that border authorities are illegally pushing back people and not letting them file asylum claims.

Home Affairs Commissioner Ylva Johansson told Fridayâ€™s POLITICO Brussels Playbook that the EU stood united and â€œready to be on the ground, to assess the situation,â€ but that â€œEU cooperation on borders goes hand in hand with our commitment to transparency.â€Â

The Polish Border Guard is admitting that people are being turned back to Belarus.

â€œThese people are instructed that they are illegally in the country and returned to the border line,â€ Katarzyna Zdanowicz, a spokeswoman for the local border guard, told Dutch TV.

Activists say they have proof that people are being sent from Polish territory into forests and denied medical help, â€œwhich is contrary to the Geneva Convention,â€ said Janina Ochojska, a member of the European Parliament with the European Peopleâ€™s Party and head of the Polish Humanitarian Action NGO. She tried to get into the border region on Thursday but was turned back, and denounced what she called a policy that leads to â€œpeople dying in Poland.â€

But Polandâ€™s government says it is simply protecting the country and the EU from migrants â€œweaponizedâ€ by Belarus. In addition to putting up a new razor-wire fence, the government this week sent another 500 troops to bolster the thousands already guarding the border.

â€œWe use all legal means to protect the border,â€ Deputy Interior Minister Maciej WÄ…sik told Radio Plus on Wednesday. â€œOur methods do not differ from those used by Lithuania, Latvia or other countries.â€

Unlike Lithuania and Latvia, however, Poland is refusing help from Frontex, the EUâ€™s Warsaw-based border agency.Â

â€œFrontex can play a valuable role in this regard,â€ Johansson said.

The Polish government, which has tended to be wary of EU-wide migration policy, says it can take care of the problem itself. â€œLarge forces and resources have been involved, greater than Frontex could provide,â€ Deputy Interior Minister Bartosz Grodecki said this week.

Calling on Frontex clashes with the Polish governmentâ€™s narrative that it needs neither outside help nor interference in matters ofÂ security, said Witold Jurasz, a journalist with the Onet portal as well as head of the Strategic Analysis Center think tank. The government is also wary of journalists it canâ€™t control.

â€œBarring journalists has meant that now the only material that can be released comes from Belarusian television, meaning it has been prepared by the KGB,â€ said Jurasz, a former Polish diplomat stationed in Belarus.

On Thursday Lithuaniaâ€™s border guards said they would â€œorganize press trips for foreign mediaâ€ to its border in October. Its own state of emergency, introduced on July 2, is less strict than the Polish version.

The deaths in recent days might not be the last as temperatures drop and migrants continue to be stranded on the Polish-Belarusian border.

â€œWe are observing typical pushbacks,â€ said MaÅ‚gorzata JaÅºwiÅ„ska of the Association for Legal Intervention, an NGO documenting migrants who have been forcibly turned back.

â€œMigrants, who are already on Polish territory, declare that they want to seek international protection, but their request is not accepted. Instead of accepting their applications, as is legally required, border guards then drive these people back to the border,â€ said JaÅºwiÅ„ska.

Campaigners argue that forcing migrants back to Belarus prevents them from making asylum claims and breaches international agreements, such as the Geneva Convention as well as the European Convention on Human Rights.

â€œPushbacks endanger lives and are illegal under international law,â€ the International Organization for Migration and the UN Refugee Agency said in a joint statement this week.

â€œWhile states have the sovereign right to manage their borders, this is not incompatible with respect for human rights including the right to seek asylum,â€ they said.

â€œIn July and August, about 400 people were sent back to their countries of origin or countries from which they came,â€ said WÄ…sik, the deputy interior minister.