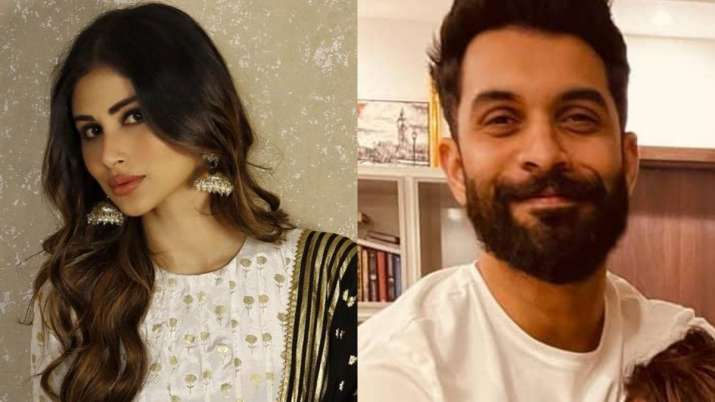 Actress Mouni Roy is all set to tie with knot with her longtime boyfriend Suraj Nambiar on January 27 in Goa. Reportedly, the two-day affair will take place on January 26 and 27 with just 50 people in attendance. Now, the actress, who has been tight-lipped about her wedding so far, finally dropped a major hint after she responded to the paparazzi who congratulated her for her D-Day. Well, Mouni’s pre-bridal glow was evident as she got clicked in Mumbai, making her way to the car.Â

As paps congratulated Mouni for the new beginnings, she replied, “Thank you”. The actress was seen sporting a crop top with matching pants.Â

Mouni and Suraj’s wedding preparations are in full swing, with the venue being booked in Goa. For the two-day wedding festivities — the sangeet and a Bengali wedding will be held on January 26 while the couple will exchange nuptial vows in the South Indian style. They have booked an entire five-star hotel in South Goa. As Suraj Nambiar is a South Indian, the couple wanted their wedding to be a mix of Bengali and South Indian rituals.Â Mouni Roy cancels her wedding reception with beau Suraj Nambiar in Mumbai?

They will be having a beach wedding at Goa’s W hotel. Reportedly, the couple has asked their guests to carry their vaccination certificates amid the ongoing Covid19 pandemic. Also, the confirmed guests for the wedding till now are Mouni’s close friends from the industry- Aashka Goradia and producer Ekta Kapoor. Furthermore, all the guests have been asked by the couple to lock the dates for their wedding.Â

On the work front, Mouni was last seen in the web series ‘London Confidential.’ She has also worked in Romeo Akbar Walter and Made in China with John Abraham and Rajkummar Rao, respectively. The actress’ next release is Brahmastra-Part I. She is said to be playing an antagonist in the Ayan Mukerji directorial.