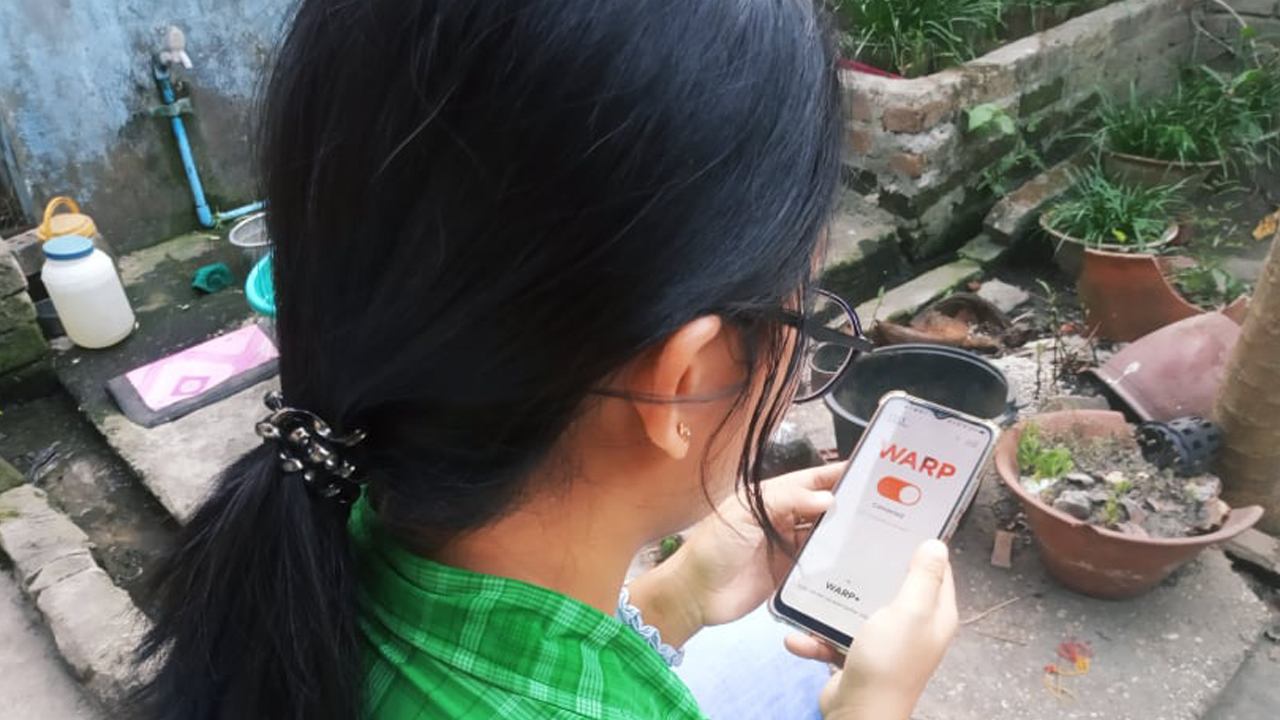 Myanmar junta officials are stopping people to see if their mobile phones use privacy software to access websites like Facebook that regime opponents have used to coordinate protests, including an upcoming â€œSilent Strikeâ€ marking the one-year anniversary of the coup that brought the military in power, sources said.

The junta earlier this month ordered all ministries and internet service providers to comment by Jan. 28 on a proposed cybersecurity law that carries a sentence of up to three years in prison and 500,000 kyats (U.S. $280) for any resident of Yangon found in possession of unauthorized Virtual Private Network (VPN) software.

But residents said officials have already begun stopping passersby and demanding access to their phones, even though the legislation has not been approved.

VPNs, which anonymize a userâ€™s Internet Protocol (IP) address, can be used to bypass location-specific firewalls that would otherwise block access to certain websites. Since seizing power in a coup on Feb. 1, 2021, the junta has restricted the countryâ€™s internet.

Residents of Yangon told RFAâ€™s Myanmar Service that authorities recently began targeting VPNs because people are using them to organize the strike scheduled for next week.

â€œThey stopped our motorcycle and asked for our phones to check if we were using VPN software,â€ a woman who spoke on condition of anonymity said of an encounter with police in Yangonâ€™s Thanlyin township on Wednesday morning.

â€œLuckily, there was no VPN on my phone.Â I deleted it some time ago because I didn’t use it much.Â When they didnâ€™t find it on my phone,Â we were allowed to leave, but they took away the phones of those who had the software.Â There were so many people stuck there, but I donâ€™t know what happened [to them].â€

Other sources cited similar surprise checks by authorities in townships throughout Yangon, both day and night.

When asked about the searches and detentions, junta Deputy Information Minister Zaw Min Tun told RFA that under the proposed law, those in custody of VPNs or any other banned software face prosecution â€œfor the sake of security.â€

â€œMore than 50 pages of the bill do not refer to VPNs alone,â€ he said, rejecting claims that the legislation was aimed at clamping down on organizers of the Silent Strike.

â€œThe bill is still only in a draft stage.Â It wasnâ€™t drafted recently â€” it was drafted in the past.â€

An earlier version of the bill was distributed by the government for comment on Feb. 9 last year â€” including to the Myanmar News Media Council,Â Myanmar Chamber of Commerce and the Myanmar Computer Association. Civil society groups have strongly protested the bill as a vague and a violation of human rights.

A high court lawyer in Yangon told RFA that regardless of the billâ€™s scope, using it to detain and search residents of the region is â€œillegalâ€ because it is still in the draft stage.

â€œThe bill just came out and hasnâ€™t been approved yet,â€ said the lawyer, who also declined to be named.

â€œFor example, if the bill is enacted on Feb. 1, action can only be taken after Feb. 1.Â No action can be undertaken using a backdate.Â And legal action cannot be taken with a bill, it has to be a law.â€

Myint Kyaw, a veteran journalist, slammed the draft law as â€œa way for the military regime to take action against whoever opposes it.

â€œThere were similar laws in the days of former military regimes, when they threatened people with prison terms for using email, until the Electronics Law was enacted,â€ he said.

â€œIt can be used as needed, when needed, and the law can be used to prosecute the opposition.Â The military enacts such laws that donâ€™t make sense in practice.Â However, they can always take legal action against people like journalists and activists even though the laws don’t make sense.â€

An online vendor in Yangon told RFA that the law would indiscriminately target those who use the internet for their livelihoods.

â€œThe internet we can access is not good enough. Sales and transactions donâ€™t go smoothly,â€ she said.

â€œIf we had to rely on the internet for our sales, we wouldnâ€™t have enough money to make ends meet.Â Using a VPN means that when the server in our country is not working properly, we can appear to be in another country through the VPN where the server as well as the access is better.â€

Nay Thamaing, a member of the Naypyidaw Students’ Union, said that he had used VPN software as a proxy and received a lot of information through social media and would continue to do so even if laws were passed.

â€œThey do not want us to use Facebook, Instagram and other social media applications using a VPN.Â They were saying that using VPNs is harmful.Â Right now, Facebook is the most powerful social media platform, and people are getting a lot of information through it.Â We have no reason to change anything about this.â€

Myanmar Center for Responsible Business founder Vicky Bowman, who is the former U.K. ambassador to Myanmar, said that if the proposed legislation changes are approved and the bill becomes law, it will have â€œa significant impact on the rights of Internet users.â€