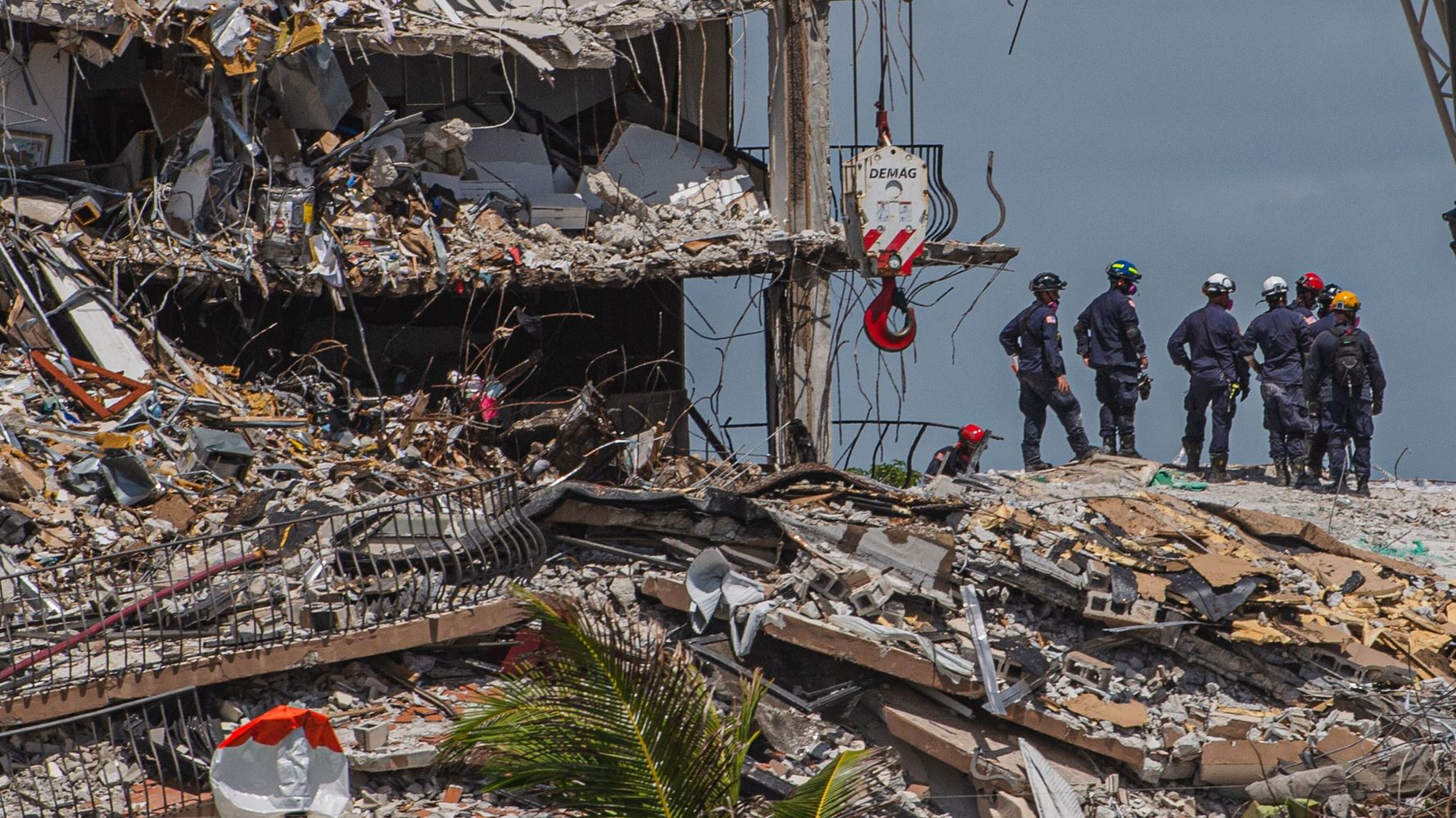 More than a dozen phone calls from a couple missing in the Surfside, Florida, condo collapse have created a mystery for their relatives.

Arnie and Myriam Notkin have not been heard from since Thursdayâ€™s disaster that killed at least nine people and left 150 missing. Or have they?

Their grandson, Jake Samuelson, said his mother received 16 phone calls from the landline telephone that normally was kept by the Notkinsâ€™ bed, Local10 news reported. The first one rang at 9:50 p.m. on Thursday, more than 20 hours after a section of the Champlain Towers South sheared off and collapsed in a heap. No voice, just static.

â€œWe were all sitting there in the living room, my whole family, Diane, my mother, and we were just shocked and we kind of thought nothing of it because we answered, and it was static,â€ Samuelson told the station.

The calls stopped on Friday and the line was busy on Saturday when the station tried it. The family hired a private detective to investigate. Authorities also were looking into the matter.

Arnie, 87, and Myriam, 81, were widowed when they married about 20 years ago, according to The Associated Press.

â€œWeâ€™re hoping for a miracle,â€ Fortuna Smukler, a friend of the couple and North Miami Beach commissioner, told the Miami Herald.

Smukler said an earlier sighting of someone who looked like Arnie Notkin sparked false hope, The Daily Beast noted.

The Notkins remained missing on Monday asÂ crews continued to dig for possible survivors in the rubble, AP reported.