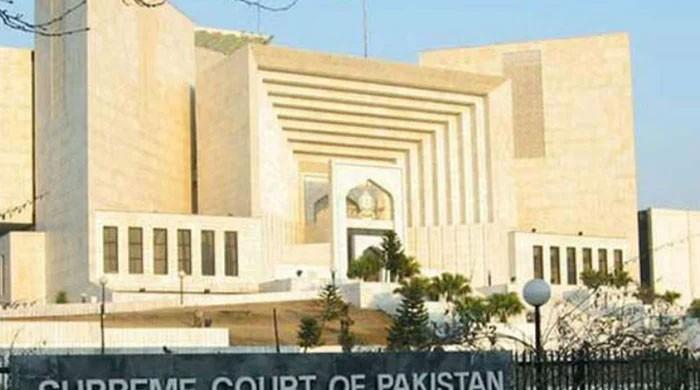 ISLAMABAD: The Supreme Court of Pakistan on Thursday delayed polling for the NA-75 Daska by-election, according to Geo News.

The decision was taken during a hearing on a petition filed by the PTI candidate from the NA-7 constituency, challenging the ECP’s order to hold re-polling in the entire constituency.

The bench said the court needed more time to decide the case. “At the moment, we are hearing Salman Akram Raja’s [the PML-N candidate’s lawyer} arguments. We have to hear [the arguments of] other parties to the case apart from Nosheen Ahmed [PML-N candidate],” said the court.

The apex court adjourned proceedings of the case for an unspecified period. “The decision of the ECP to hold re-polling stands,” said Justice Umar Ata Bandial. “For the moment, we are postponing the decision to hold it on April 10.”

Salman Akram Raja presented a map of district Daska during the hearing of the case to which Justice Umar Ata Bandial had an interesting remark.

“You’ve prepared a lot of material in just a day’s time,” said the judge.

In response, Raja pointed out there were 76 polling stations in Daska and that complaints of irregularities were reported in 34 of them.

“The ECP identified these 34 polling stations and even 20 presiding officers went missing,” he stated.

“It is even said polling was delayed at 10 polling stations for quite some time,” said Justice Bandial. “The question is, who was behind such a move and why?”

The judge wondered whether the irregularities took place because one candidate was strong and the other had to resort to such measures to win.

“Nosheen’s father has won from Daska five times,” argued Raja. “Her family has a lot of influence in the city. She was supposed to poll 46,000 votes while the PTI candidate was expected to poll 11,000 votes,” he added.

Raja said it was in the PTI candidate’s interest to mar the polls since its candidate did not stand a chance of winning the contest.

“PML-N workers initiated violent activities,” said Justice Bandial. “If the PML-N held sway in the constituency, why did it resort to such measures?”

The judge told the PML-N lawyer it was his responsibility to prove why polling should be held throughout the constituency when irregularities were reported in 23 polling stations.

“I apologise, 76 amount to one-third of the polling stations in the city,” Raja corrected himself.

“There is a difference between half and one-third,” the judge said.

In response to a question from the judge, Raja said the presiding officers left the constituency in the usual manner, escorted by police.

“However, their return was unusual; they all came together and were afraid,” said the PML-N candidate’s lawyer.

PML-N, PTI hold each other responsible over NA-75 violence

Soon after news broke of the clash between workers of both political parties, the PML-N and the PTI leaderships had held each other responsible for the violence.

Special Assistant to the Punjab Chief Minister on Information, Dr Firdous Ashiq Awan had held PML-N Punjab president Rana Sanaullah responsible for the clash, saying that PML-N was resorting to its “traditional thuggery” under Sanaullah’s supervision.

On the other hand, PML-N vice president Maryam Nawaz had lashed out at authorities and had tweeted a video of the party’s supporters breaking doors of a polling station down after they were allegedly made to wait outside for hours.

ECP and the 20 ‘missing presiding officers’

One of the main accusations regarding the Daska by-election hurled by the PML-N at the ruling party was that 20 presiding officer had “gone missing” with the ballot boxes during the by-poll.

The ECP had asked for the government’s “consent” to get the call data record (CDR) of the mobile numbers of the 20 presiding officers who allegedly went â€˜missingâ€™ on the polling day.

ECP had approached the Pakistan Telecommunication Authority (PTA), sources in the government were cited as saying by The News.

Apart from declaring the by-election null and void, the ECP had also summoned the chief secretary and IG on March 4 besides ordering the removal of the commissioner and RPO Gujranwala and the suspension of the concerned deputy commissioner, DPO, two assistant commissioners and two DSPs.

Following the controversy, on February 25, the ECP declared the NA-75 Sialkot-IV constituency by-election result null and void, and issued an order for re-polling in the entire constituency on March 18.

In the short order released by the ECP, Chief Election Commissioner Sikandar Sultan Raja said after the arguments heard and record perused, the ECP has come to the conclusion that â€œthe election in the subject constituency has not been conducted honestly, justly, fairly and in a transparent mannerâ€.

â€œFrom the perusal of available record produced by the parties, the Returning Officer, as well as collected by the Commission through different sources, we have come to the conclusion that a conducive environment was not available for the candidates and voters of the constituency and the election in the subject constituency has not been conducted honestly, justly, fairly and in a transparent manner,” it read.

“Incidents of murders, firing and injuries, bad law and order situation in the subject constituency [created] harassment for voters and other circumstances leading to make the process of results doubtful/unascertainable,â€ the ECP order had noted.

Last week, the Supreme Court turned down a request to declare the ECP order to hold re-polling in the NA-75 Daska by-elections ‘illegal’.

The request was rejected by a three-member bench, headed by Justice Umar Ata Bandial, hearing a plea regarding the NA-75 Daska by-polls filed by a PTI leader.

Last month, the PTI candidate who stood for election in the NA-75 by-poll on February 19, Ali Asjad Malhi, had gone to the Supreme Court to appeal the ECP’s order for fresh elections in the NA-75 Sialkot-IV constituency.

The PTI had moved the apex court after the ECP announced re-polling in the entire constituency after concluding that â€œthe election in the subject constituency has not been conducted honestly, justly, fairly and in a transparent mannerâ€.

Justice Bandial had noted that the ECP had ordered re-election over code of conduct violations. He also noted that the ECP had taken its decision on the basis of a report which stated that 20 presiding officers had gone missing after polling concluded as well as the violence witnessed in Daska on polling day.