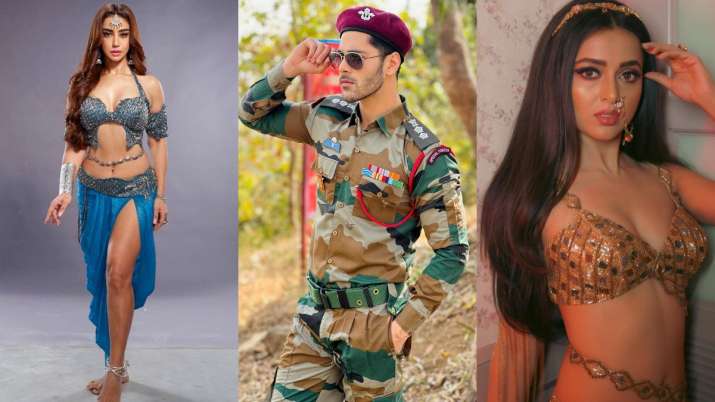 Ekta Kapoor’s supernatural show ‘Naagin’ has been running successfully for over years now. The show which began with Mouni Roy as the lead has seen a number of Naagin faces. Well, this time the makers bought forth a completely new cast which included names of Bigg Boss 15 winner Tejasswi Prakash, Urvashi Dholakia, Maheck Chahal, Simmba Nagpal to name a few. Naagin 6Â began on February 12 has been receiving mixed responses from the audience. While many are appreciating the new pandemic based plot others are not happy with the acting of these celebs. Apart from this many are even excited to know how much these actors and actresses are charging this time. Just in case you are one of those, here’s revealing their fee for Naagin 6.

NOTE- These figures are media-based report. IndiaTV does not vouch for its authenticity.

Tejasswi is seen playing the role ofÂ Pratha, a Sarvasresth Naagin. She is reportedly charging Rs 2 lakhs per episode.

Maheck Chahal who is playing the role of Tejasswi’s sister is reportedly charging Rs 1 lakh per episode.

The ex-Bigg Boss 15 participantsÂ is seen playing the character of Captain Rishabh Gujral. He will also be seen romancing Tejasswi in the show. Apparently, he is charging Rs 1 lakh per episode.

Actress Adaa Khan who has also been a part of the previous season isÂ charging Rs 70, 000 per episode.Â

The actress who was also present in previous seasons is this time seen playingÂ Simba’s mother. She is charging Rs 3 lakhs per episode.

She reportedly charges Rs 50,000 per episode.Â

Amrapali, who is seen playing a pivotal role is takingÂ Rs 75,000 home per episode.