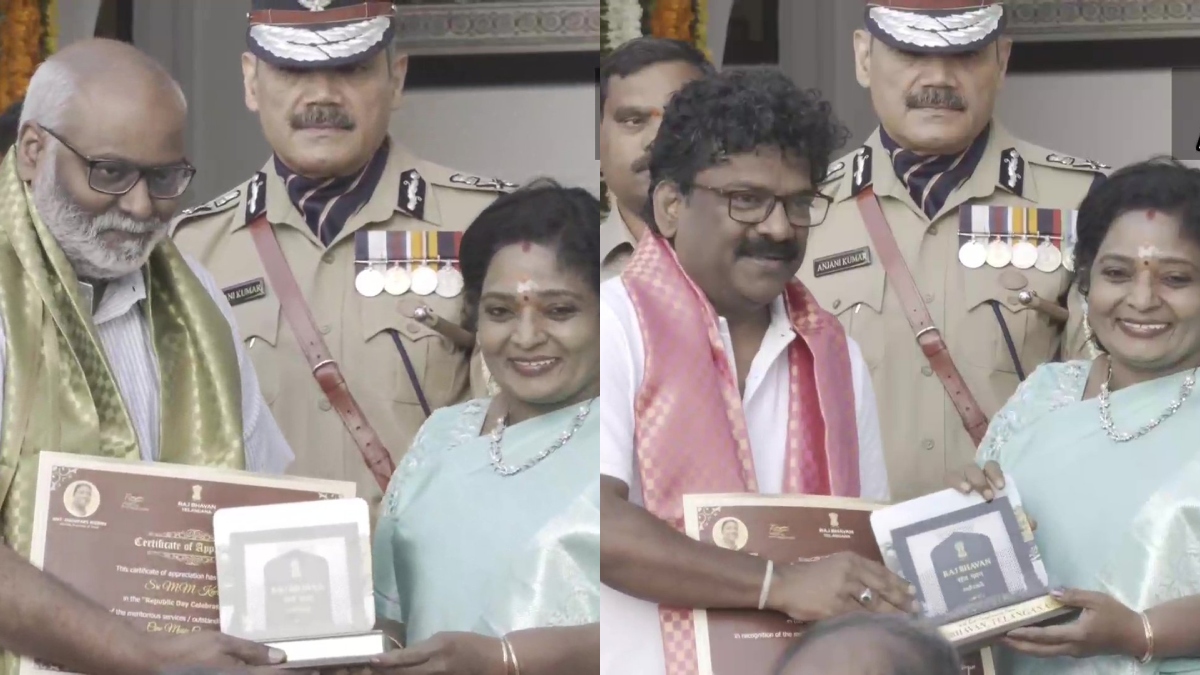 On January 24, Naatu Naatu from RRR was nominated in the Best Original Song category at Oscars 2023. A day later, MM Keeravaani was honoured with Padma Shri. Now, MM Keeravaani and lyricist Chandrabose were felicitated by the Telangana government for bringing laurels to the state.

Taking to Twitter, Keeravaani dropped a gratitude note, which read, “Much honoured by the civilian award from the Govt of India. Respect for my parents and all of my mentors from Kavitapu Seethanna garu to Kuppala Bulliswamy Naidu garu on this occasion.” The news comes a day after ‘RRR’ made it to the official 95th Oscar nominations. The film’s song ‘Naatu Naatu’ has officially entered the Oscars race in the ‘Best Original Song’ category.

Earlier, ‘Naatu Naatu’ bagged the Golden Globes for the category ‘Best original Song’. The song also won the Critics Choice Award in the same category. The film also bagged the ‘Best Foreign Language Film’ at the Critics Choice Award. Keeravaani, the composer of RRR’s upbeat music, also performed under the name MM Kreem in the Hindi film industry, predominantly from the 1990s and early 2000. Unlike the first-paced ‘Naatu Naatu’, Keeravani gifted the listeners of the Hindi film music with some soulful melodies, ‘Tum mile dil khile’ from Criminal (1995).

Talking to ANI, Chandrabose expressed his happiness and stated, “I will not let the success get into my head. Seeing the RRR cast list on the Oscar list feels very great and proud.” Shedding light on the exposure, Indian cinema along with the Telegu industry is getting presently, Chandrabose said, “Telegu songs and Indian cinema pieces are reaching out to the audience on a global level. And purely this song was a collective effort of the team. Today, genuinely I’m on cloud nine. We all are very excited and are eagerly waiting for the Oscars to be held in March. He added, “Getting recognition on a global level is definitely huge. This honour brings up a lot of love across the nation and around the globe.”