Nagarjuna speaks about the success of Brahmastra and the failure of Naga Chaitanya starrer Laal Singh Chaddha; he says, “We all cheer for each other. There is a bittersweet moment every year.” : Bollywood News – Bollywood Hungama 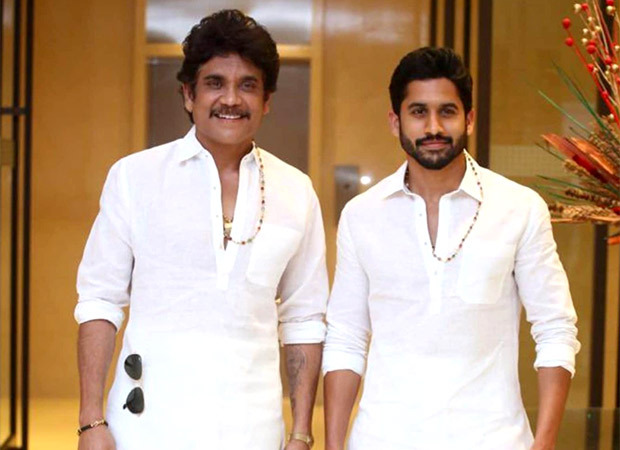 After being in the making for over seven years, the first part of Ayan Mukerji’s magnum opus Brahmastra released last week to a good response from moviegoers. The film has been in news for multiple reasons including the fact that it brings together real-life married couple Ranbir Kapoor and Alia Bhatt for the first time. Nagarjuna, who plays an integral role in the film, spoke about the immense response he has been garnering for the mythological fantasy drama, but he also opened up about the failure of Aamir Khan starrer Laal Singh Chaddha which marked the Bollywood debut of his son Naga Chaitanya.

Nagarjuna speaks about the success of Brahmastra and the failure of Naga Chaitanya starrer Laal Singh Chaddha; he says, “We all cheer for each other. There is a bittersweet moment every year.”

Naga Chaitanya played the role of Aamir’s best friend in Laal Singh Chaddha, a remake of the Oscar winning American drama Forrest Gump. While the film opened to a very low business, it was also criticized by several communities and groups for its plot line. Speaking about it, in an interview with PTI, Nagarjuna said, “It is a bittersweet moment. I wish it had worked good. But it happens, it is an experience.” He also recalled the advice he had given his son when he was signed on for the project saying, “When Chai told me he was doing this Forrest Gump remake, I told him don’t expect to be recognized as a star. This will show you as an actor. And Chai said, ‘I want to be known as an actor also.”

He went on to add about how despite the great performance of Brahmastra and low performance of Laal Singh Chaddha, they celebrate all kinds of cinema at their household. “We all cheer for each other. We all have a get together on the day of the release. Whatever happens we have dinner and we all toast to that movie. There is a bittersweet moment every year. Now, it is coming every six months,” he concluded.

Talking about Brahmastra, it also stars Amitabh Bachchan and Mouni Roy along with Ranbir Kapoor, Alia Bhatt, and Nagarjuna. Based on the concept of Indian mythology, the fantasy action drama released on September 9 in Hindi, Tamil, and Telugu.