NATO leaders see rising threats from China, but not eye to eye with each other 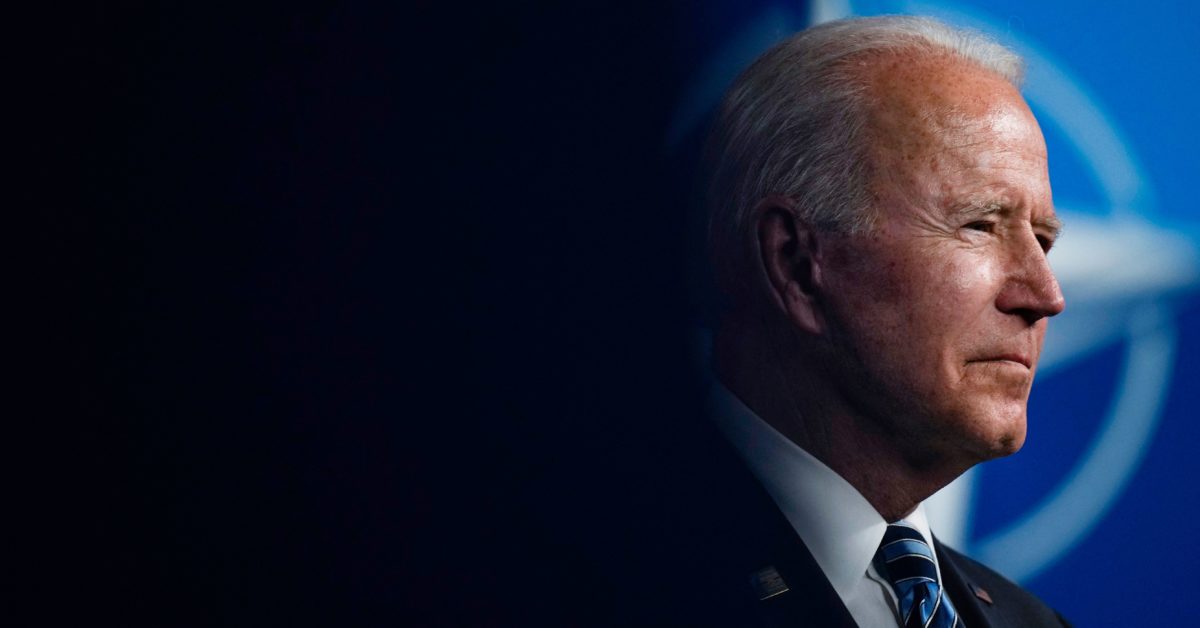 Boasting of restored unity thanks to the arrival of U.S. President Joe Biden, NATO leaders on Monday declared that China poses increasing dangers to the security of Western democracies. But they then revealed deep disagreements over the urgency in confronting Beijing, or even if it should be NATOâ€™s role at all.

In their closing communiquÃ© of an afternoon summit at NATO headquarters in Brussels, the leaders used remarkably forceful language to describe China as now their most troublesome rival after Russia â€” given Beijingâ€™s fast-expanding nuclear arsenal, stepped-up military cooperation with Moscow, and increasing use of disinformation.

â€œChinaâ€™s stated ambitions and assertive behavior present systemic challenges to the rules-based international order and to areas relevant to Alliance security,â€ the leaders wrote. â€œWe are concerned by those coercive policies which stand in contrast to the fundamental values enshrined in the Washington Treaty,â€ NATOâ€™s founding charter.

The historic shift in focus comes partly at the urging of Biden, who has made clear he sees China as a growing threat. And NATO Secretary-General Jens Stoltenberg, eager to please the richest and most powerful ally, has taken up the charge.

Stoltenberg stressed that China was â€œnot an adversaryâ€ but posed challenges that must be answered, and he insisted that NATO was not shifting operations to Asia but protecting itself close to home.

â€œThis is about taking care of a core responsibility to be able to protect and defend all allies against any threat from any direction,â€ Stoltenberg said at his closing news conference. â€œBecause we see China is coming closer to us in cyberspace, we see them in Africa, we see them in the Arctic, we see them trying to control our infrastructure, we had the discussion about 5G.â€

He noted that the first-ever mention of China in a NATO leadersâ€™ communiquÃ© was from a summit in London in December 2019. â€œBefore that, we didnâ€™t have any language at all,â€ he said. â€œIn the current Strategic Concept, China is not mentioned with a single word. Now, you can read a communiquÃ© and you see that we have seen a convergence of views among allies.â€

But there didnâ€™t seem to be much convergence when French President Emmanuel Macron spoke to reporters just minutes later.

â€œSo, itâ€™s very important that we donâ€™t scatter ourselves and that we donâ€™t bias our relationship with China,â€ he continued. â€œIt is much larger than just the military issue. It is economic. It is strategic. It is about values. It is technological. And we should avoid distracting NATO which already has many challenges.â€

Chancellor Angela Merkel of Germany, the wealthiest European allied nation, stressed that Moscow still represented the biggest threat â€”Â a point evidenced by it being mentioned 62 times in the communiquÃ© to just 10 mentions of China.

â€œRussia, above all, is a major challenge,â€ Merkel said. â€œChina is playing an increasing role, as is the entire Indo-Pacific region. This is of course related to the fact that the United States of America, and of course the transatlantic partners as a whole, are also a Pacific nation. Here, the economic and also the military rise of China is of course an issue.â€

But she also cited a risk of overreaction. â€œIf you look at the cyber threats, the hybrid threats, if you look at the cooperation between Russia and China, then you cannot simply negate China,â€ Merkel said. â€œIn this respect, I do not think that we should overestimate the importance of this, so we have to find the right balance.â€

Adding another layer of discord, Macron and Dutch Prime Minister Mark Rutte engaged in a terse exchange of words during the leadersâ€™ meeting over their differing views on how Europe should approach military and security policy. Macron, who has pushed for greater military cooperation among EU countries and the development of strategic autonomy, claimed most other EU leaders were with him and said it was up to Rutte â€œto clarify his thoughts.â€

Security analysts cite a growing risk of a deep rift within the 30-nation NATO alliance if China becomes too great a focus, particularly because European militaries are relatively limited in their capabilities and the U.S. could not simultaneously manage a military conflict in Asia while also protecting Europe along its borders with Russia. Â

Biden, at his own news conference after the summit, sought to focus on his overall revitalization of transatlantic bonds, which were strained almost to a breaking point by his predecessor Donald Trump.

â€œEveryone in that room understood the shared appreciation, quite frankly, that America is back,â€ he said, adding strong words about U.S. fidelity to NATOâ€™s collective defense clause. â€œThe U.S Commitment to Article 5 of the NATO treaty is rock solid and unshakeable,â€ he said.

Biden suggested that Russia and China posed similar risks to NATO. â€œRussia and China are both seeking to drive a wedge in our transatlantic solidarity,â€ he said. And the president noted that when NATO last focused on its overall strategic outlook, in 2010, â€œRussia was considered a partner and China wasnâ€™t even mentioned.â€

But some allies made no mention of China whatsoever in their public comments, a reflection of how, especially in Eastern Europe and the Baltics, Russia is the sole focus.

â€œThe U.S. is aware of the threats faced by the Baltic States and is well informed about Russiaâ€™s increasingly aggressive posture and its aim to integrate Belarus into Russian military structures,â€ Lithuanian President Gitanas NausÄ—da said in a statement following a meeting with Biden.

One Central European official said that there was clear recognition that Washington puts a priority on containing China and European countries were not disappointed. â€œThey understand that China must be part of a new â€˜transatlantic bargainâ€™ to preserve NATOâ€™s relevance for the U.S.,â€ the official said, adding: â€œPlus, the attention given to Russia was pretty substantial and outspoken.â€

Indeed, Bidenâ€™s news conference focused overwhelmingly on Russia, largely because of his summit meeting on Wednesday with President Vladimir Putin.

Asked about Putinâ€™s laughing, during a recent television interview, over Biden saying he believed the Russian president was a killer, Biden laughed dramatically. Asked about his approach, in the context of Reaganâ€™s famous â€œtrust but verifyâ€ approach toward the Soviet Union, Biden reversed the phrase.

â€œIâ€™d verify first, and then trust,â€ he said â€œItâ€™s not about trusting, itâ€™s about agreeing. You know when you write treaties with your adversaries, you donâ€™t say â€˜I trust you.â€™ You say this is what I expect and if you violate the agreement we made, then the treaty is off, the agreement is off.â€

Biden did not retract the killer accusation but said he hoped Putin might adopt a new approach. â€œI am hoping that President Putin concludes that there is some interest in terms of his own interest in changing the perception the world has of him in terms of whether or not he will engage in behavior that is more consistent with what is considered to be appropriate behavior for a head of state,â€ he said.

A second official from Central Europe agreed that allies were willing to put some emphasis on China: â€œI think everyone, with very few exceptions in the room, kind of recognized that both Russia and China are becoming challenges to address and one canâ€™t talk just about one without mentioning the other.â€