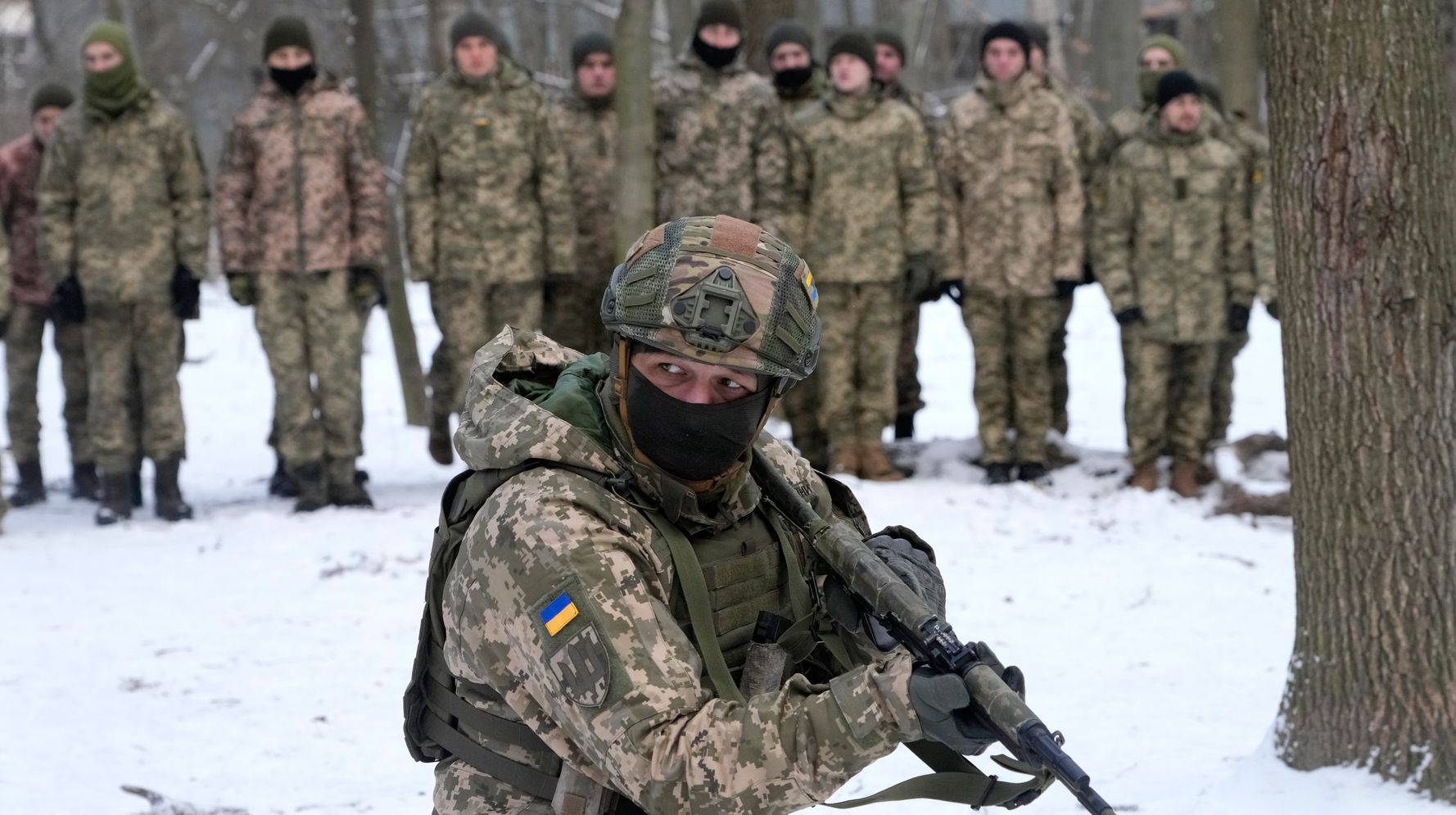 BRUSSELS (AP) â€” Tensions soared Monday between Russia and the West, with NATO outlining a series of potential troop and ship deployments and Ireland warning that upcoming Russian war games off its coast would not be welcome while concerns abound that Moscow is planning to invade Ukraine.

The Western allianceâ€™s statement summed up moves already announced by individual member countries â€” but restating them under the NATO banner appeared aimed at showing the allianceâ€™s resolve. It was just one of a series of announcements that signaled the West is ramping up its rhetoric in the information war that has accompanied the Ukraine standoff.

Russia has massed an estimated 100,000 troops near Ukraineâ€™s border and is demanding that NATO promise it will never allow Ukraine to join and that other actions, such as stationing alliance troops in former Soviet bloc countries, be curtailed. Some of these, like any pledge to permanently bar Ukraine, are non-starters for NATO â€” creating a seemingly intractable standoff that many fear can only end in war.

Russia denies it is planning an invasion, and has said the Western accusations are merely a cover for NATOâ€™s own planned provocations. Recent days have seen high-stakes diplomacy that failed to reach any breakthrough and maneuvering on both sides.

On Monday, NATO said that it is beefing up its â€œdeterrenceâ€ in the Baltic Sea area. Denmark is sending a frigate and deploying F-16 war planes to Lithuania; Spain is sending four fighter jets to Bulgaria and three ships to the Black Sea to join NATO naval forces; and France stands ready to send troops to Romania. The Netherlands also plans to send two F-35 fighter aircraft to Bulgaria from April.

Secretary-General Jens Stoltenberg said the alliance will â€œtake all necessary measures to protect and defend all allies.â€ He said: â€œWe will always respond to any deterioration of our security environment, including through strengthening our collective defense.â€

Kremlin spokesman Dmitry Peskov charged that it was NATO and the U.S. who were behind â€œtensions escalatingâ€ in Europe, not Russia.

The NATO announcement came as European Union foreign ministers sought to put on a fresh display of unity in support of Ukraine, and paper over concerns about divisions on the best way to confront any Russian aggression.

In a statement, the ministers said the EU has stepped up sanction preparations and they warned that â€œany further military aggression by Russia against Ukraine will have massive consequences and severe costs.â€

Separately, the EU also committed to increase financial support for embattled Ukraine, vowing to push through a special package of 1.2 billion euros ($1.4 billion) in loans and grants as soon as possible.

The West is nervously watching Russian troop movements and war games in Belarus for any signs that a new invasion of Ukraine is imminent. Russia has already invaded Ukraine once, annexing the Crimean Peninsula in 2014. Moscow has also supported pro-Russian Ukrainian separatists fighting the Kyiv government in the Donbass region. Fighting in eastern Ukraine has killed around 14,000 people and still simmers.

Asked whether the EU would follow a U.S. move and order the families of European embassy personnel in Ukraine to leave, EU foreign policy chief Josep Borrell said: â€œWe are not going to do the same thing.â€ He said he is keen to hear from U.S. Secretary of State Antony Blinken about that decision.

Britain on Monday also announced it is withdrawing some diplomats and dependents from its embassy in Kyiv. The Foreign Office said the move was â€œin response to the growing threat from Russia.â€

Ukraineâ€™s Foreign Ministry spokesman, Oleg Nikolenko, said the U.S. decision was â€œa premature stepâ€ and a sign of â€œexcessive caution.â€ He said that Russia is sowing panic among Ukrainians and foreigners in order to destabilize Ukraine.

Germany has issued no order, but it has announced that the families of embassy staffers may leave if they wish. Foreign Minister Annalena Baerbock stressed that â€œwe must not contribute to unsettling the situation further; we need to continue to support the Ukrainian government very clearly and above all maintain the stability of the country,â€

â€œThis isnâ€™t a time to increase military activity and tension in the context of whatâ€™s happening with and in Ukraine.â€ Coveney said. â€œThe fact that they are choosing to do it on the western borders, if you like, of the EU, off the Irish coast, is something that in our view is simply not welcome.â€

Some of the member countries closest to Russia â€” Estonia, Latvia and Lithuania â€” have confirmed that they plan to send U.S.-made anti-tank and anti-aircraft missiles to Ukraine, a move endorsed by the United States.

But questions have been raised about just how unified the EU is. Diverse political, business and energy interests have long divided the 27-country bloc in its approach to Moscow. Around 40% of the EUâ€™s natural gas imports come from Russia, much of it via pipelines across Ukraine â€” and many are skittish about being cut off from that supply in winter, with prices already soaring.

Late on Saturday, the head of the German navy, Vice Admiral Kay-Achim Schoenbach, resigned after coming under fire for saying that Ukraine would not regain the Crimean Peninsula, and for suggesting that Putin deserves â€œrespect.â€

Still, diplomats and officials said hard-hitting sanctions are being drawn up with the EUâ€™s executive branch, the European Commission. They were reluctant to say what the measures might be or what action by Russia might trigger them, but said they would come within days of any attack.

This story has been updated to correct that France has said it is ready to send troops to Romania, not Bulgaria. ___