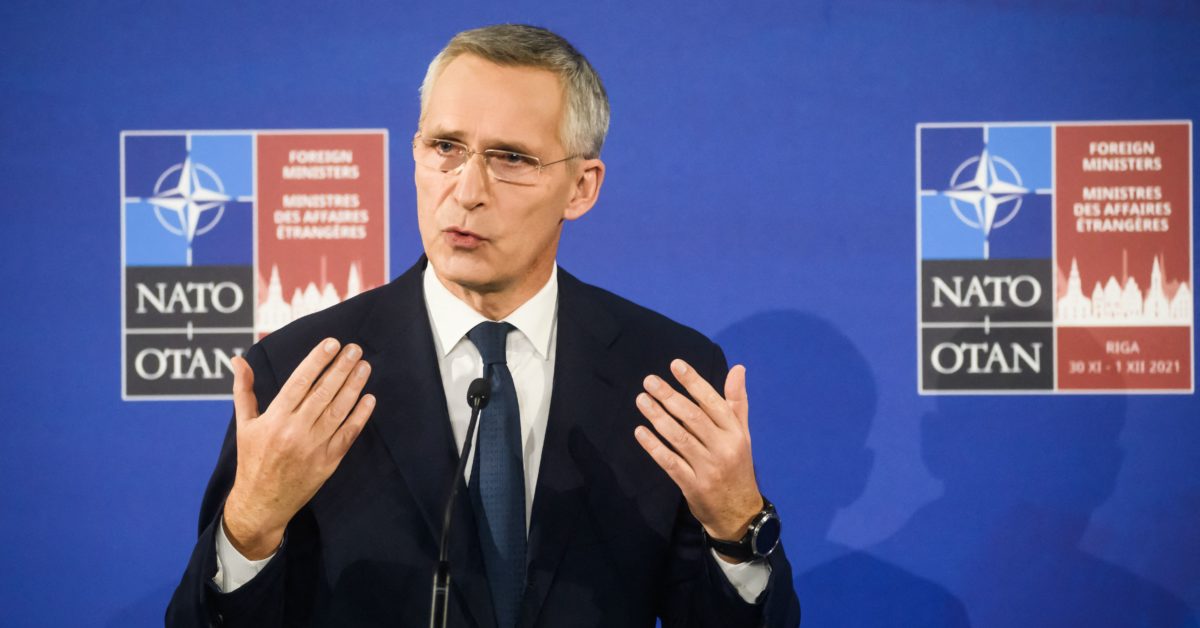 Another Russian invasion of Ukraine would carry a â€œhigh price,â€ NATO Secretary-General Jens Stoltenberg warned Tuesday, adding that the 30 allies together represent more than 50 percent of the global economy.

â€œAny future Russian aggression against Ukraine would come at a high price and have serious political and economic consequences for Russia,â€ Stoltenberg said at a news conference following a day of meetings among allied foreign ministers in Riga, Latvia.

The United States and other Western allies have warned of a large mobilization of Russian forces and weaponry along the border with Ukraine, raising the risk of a potential new invasion. Russia invaded and annexed Crimea in 2014 and has backed armed separatists in a nearly eight-year-long war that continues in the eastern Ukrainian region of Donbas.

Russia carried out a similar mobilization of forces last spring but the U.S. has told allies that aspects of the current build-up seem even more alarming this time.

â€œThe situation in and around Ukraine remains fluid and unpredictable,â€ Stoltenberg said Tuesday. â€œThere is no certainty about Russiaâ€™s intentions. We see a significant and unusual concentration of forces, which is unjustified and unexplained, and accompanied by heightened rhetoric and disinformation. And we know that Russia has used force before against Ukraine and other neighbors.â€

Ukrainian officials have said they have no expectation that their Western supporters, including NATO allies, will join a military conflict against Russia. Senior officials have called for an increased NATO military presence in the region, including stepped-up air policing and additional support such as military training.

U.S. and EU officials have said that while Ukraine might request help in the form of weapons, they did not expect such assistance would ever tip the outcome of a conflict in Ukraineâ€™s favor, but would simply raise the number of casualties for Russia and, inevitably, for Ukraine.

Pressed during his news conference about the specific steps that NATO allies might take in response to a Russian invasion, Stoltenberg focused on economic sanctions.

â€œTherefore also economic sanctions and political reactions is part of what we have discussed today, also with the United States,â€ Stoltenberg said. â€œWe represent 50 percent of the worldâ€™s GDP and of course it matters when NATO allies discuss also the use of economic sanctions against the behavior of Russia.â€

He added, â€œWe have seen our resolve and our willingness and our ability to maintain, sustain such economic sanctions when needed. I think that Russia actually underestimated the resolve of NATO allies to impose sanctions and sustain sanctions after the illegal annexation of Crimea in 2014.â€