Nawaz asks Maryam, Sanaullah to ‘lead’ PML-N in Punjab ahead of polls 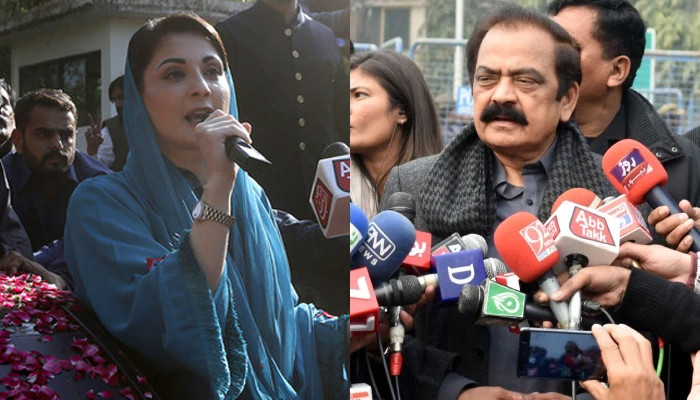 A meeting between the three took place on Tuesday in London, during which the three-time prime minister instructed the two senior members of the party regarding their roles in the political endeavours of the party in the months leading up to the general elections in the province.

Nawaz assigned tasks related to Punjab’s politics to Sanaullah and also instructed the latter to mobilise party workers in the province for the upcoming elections.

At the meeting, the party seniors consulted on the appointments of the leadership in Punjab and on the inter-party elections.

The PML-N supremo, while handing the responsibility to Maryam and Sanaullah, said that people should be told the “truth” and that the “false narrative” of the Pakistan Tehreek-e-Insaf (PTI) Chairman Imran Khan should be exposed.

The federal minister is set to return to the country on January 28 — the same day as Maryam. Information Minister Marriyum Aurangzeb said that there had been changes in the plans for Maryam’s return.

Taking to Twitter, she wrote: “There has been a change in the time of Pakistan Muslim League (N)’s senior vice president and chief organizer Maryam Nawaz’s return home. Maryam Nawaz sahiba will now reach Lahore at 3:50pm on Saturday, January 28.”

Maryam has been in London since October of last year to spend time with her father, PML-N supremo Nawaz Sharif.

During an interaction with journalists in London earlier, Sanaullah has also expressed hopes that the PML-N supremo will land in the country “soon” and will chair the party’s parliamentary board to finalise candidates for the elections.

He also hinted at his possible resignation to help PML-N’s campaign efforts. “Few senior party leaders, including me, should resign to run election campaign along with Nawaz Sharif,” he suggested, as the general polls in Pakistan’s biggest provinces are expected to take place within 90 days.

The elections are set to take place in the province within the next three months after the former chief minister, Parvez Elahi, dissolved the assembly on Khan’s directions.

As a result of the dissolution, Moshin Naqvi has been appointed as the caretaker chief minister by the Election Commission of Pakistan (ECP) for 90 days, until the polls take place — as the then-government and opposition could not form a consensus on the appointment.

However, the PTI has rejected his appointment and vowed to challenge the appointment in the courts and lead rallies against Naqvi and the Pakistan Democratic Movement-led (PDM) government in the centre.