Nearly 1,000 Dead After Summer Of Monsoon-Induced Flash Floods In Pakistan 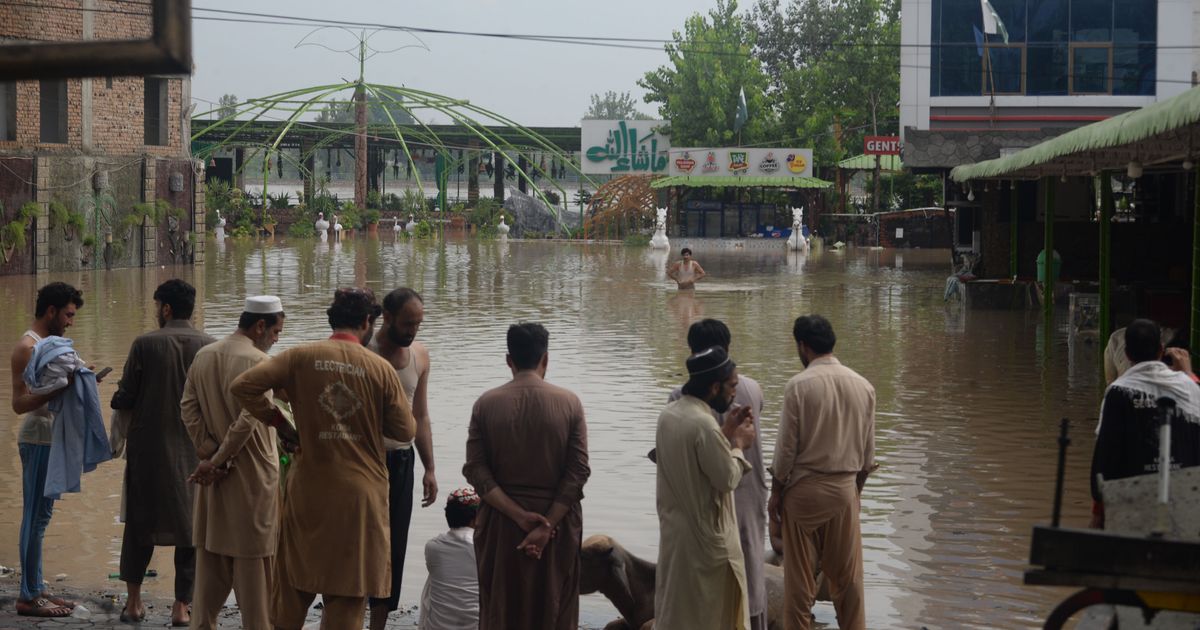 Monsoon-induced flash floods across Pakistan have killed 982 people since mid-June, according to ABC News. The heavy rains have injured 1,456 and displaced thousands more, with Prime Minister Shabaz Sharif asking the international community for help on Friday.

The government declared a state of emergency as first responders struggled to evacuate citizens from parts of the country now inaccessible, according to The Guardian. Most affected are the provinces of Balochistan and Sindh, with the nation’s death toll adding 45 since Friday.

Monsoon season in Pakistan arrived earlier than expected this year, with footage on social media showing roads, hotels and bridges being submerged. Provinces like Khyber Pakhtunkhwa, where floods destroyed the gates to a vital water control system, are in dire straits.

The Pakistani government has since deployed its army to help deal with the disaster.

“We preempted the situation and warned and forced hesitating residents to leave their homes for safety and move to relief camps established at government buildings in safe places,” Santa Safi, a top administrator in the embattled Charsadda district, told ABC News.

Safi added that flooding from the Swat and Kabul rivers could increase. Administrator Quratul Ain Wazir from the Nowshera district said waters flooded the streets. The Kalam Valley, meanwhile, now has no electricity, gas or communication networks.

“Our administration has evacuated many people and taken others to relief camps where the government provided beds and food in safe buildings,” Safi told ABC News. “We will use police to force those hesitant to leave their homes.”

Sharif’s cry for help led the United Nations to allocate $160 million in relief efforts that Asim Iftikhar, a Foreign Ministry spokesperson, said will be launched on Aug. 30. Nowshera local Khushal Wahab recalled the disastrous flooding of 2010 and told ABC News that “people are scared.”

For those in Baluchistan, where all 34 districts were affected and relief was only possible via helicopter in wake of roads and bridges being destroyed, relief can’t come soon enough. In the eastern Punjab province, one man named Rahim Hasan lost his home — and two children.

“I have nothing left in life,” he said, “my home was destroyed and my children swept away by gushing water and now we are lying helpless on this road under the open sky where soldiers are feeding us.”