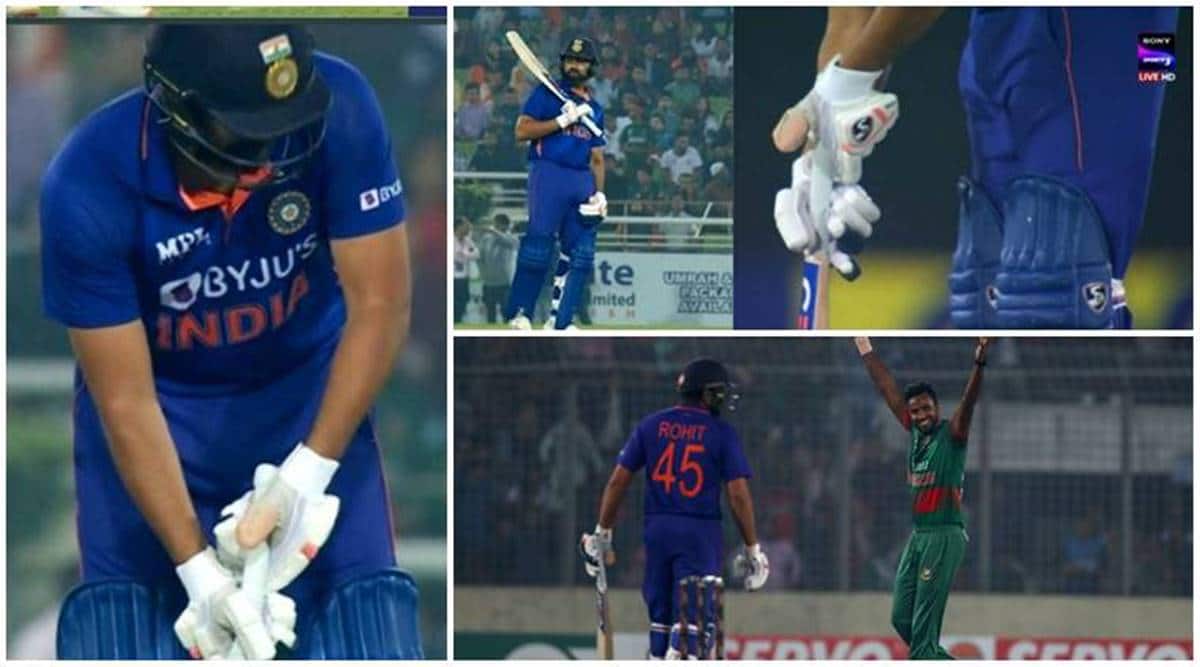 India may have lost the ODI series against Bangladesh after losing a nail-biting match in the last over by five runs at the Sher-e-Bangla Stadium in Mirpur Wednesday but captain Rohit Sharma won everyone’s heart for his blistering unbeaten knock of 51 runs off just 28 balls despite an injury.

The skipper was off the field for 91 overs after dislocating a finger early and requiring stitches on his split left webbing. Rohit came to bat at number 9 and almost won India the match that would have levelled the series by striking five late sixes. But his heroics went in vain as Bangladesh clinched another home ODI series win against India.

Rohit Sharma’s brave knock at the end of the match earned him plaudits on social media as netizens trended his name and also the hashtag #tum_pehele_kyun_nahi_.

An innings to remember for lifetime by Rohit Sharma with an injured thumb.pic.twitter.com/w9l47zv1cZ

What a champion player, fighter and character is #RohitSharma.

Bangladesh opted to bat, with Mehidy Hasan Miraz slamming his maiden ODI century, and forged a 148-run stand with Mahmudullah Riyadh (77) to take the team to a challenging total of 271/7. Mehidy’s unbeaten century became the first in a victorious cause by a No. 8 batter in an ODI and only the second overall. As he had done in the first ODI, Mehidy rescued Bangladesh on another slow, tricky pitch with pronounced uneven bounce. He had come into bat when the hosts were in a precarious situation at 69/6.

Chasing, Shreyas Iyer made 82 while Axar Patel scored a run-a-ball 56 but India fell short as they were restricted to 266 for nine in 50 overs. The final ODI will be played on December 10 before the start of the two-match Test series on December 14.