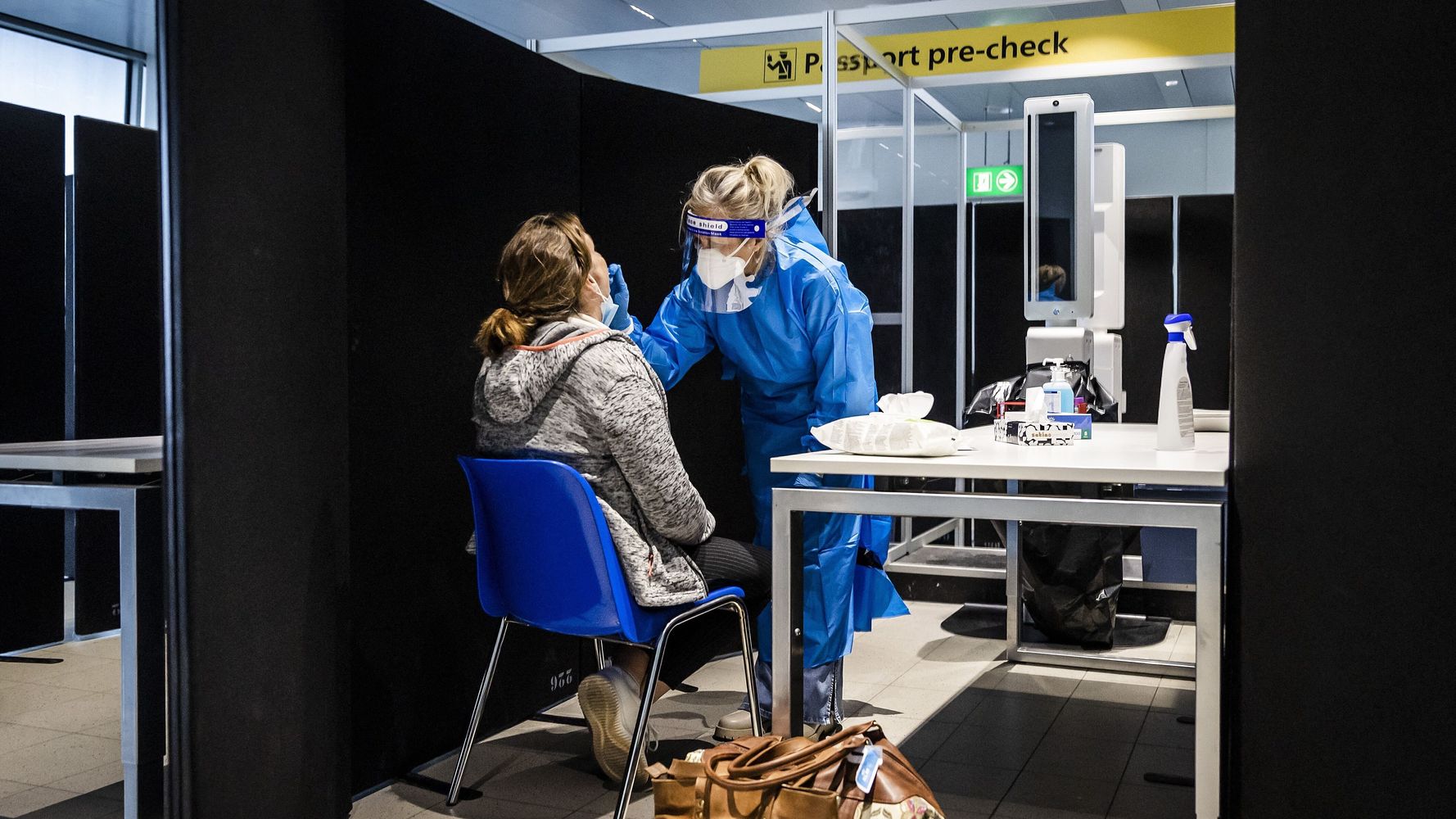 BRUSSELS (AP) â€” New findings about the coronavirusâ€™s omicron variant made it clear Tuesday that the emerging threat slipped into countries before their defenses were up, as two distant nations announced their first cases and a third reported its presence before South African officials sounded the alarm.

The Netherlandsâ€™ RIVM health institute found omicron in samples dating from Nov. 19 and 23. The World Health Organization said South Africa first reported the variant to the U.N. health agency on Nov. 24. Meanwhile, Japan and France reported their first cases of the new variant that has forced the world once again to pinball between hopes of returning to normal and fears that the worst is yet to come.

Much remains unknown about the new variant, including how contagious it might be, but a WHO official said Tuesday that there could soon be a steep rise in infections in parts of southern Africa.

It is unclear where or when the variant first emerged, and the Dutch announcement further muddies the timeline. Previously, the Netherlands had said it found the variant among passengers who came from South Africa on Friday â€” but the new cases predate that.

That hasnâ€™t stopped wary nations from rushing to impose travel restrictions, especially on visitors coming from southern Africa. Those moves have been criticized by South Africa and the WHO has urged against them, noting their limited effect.

The latest news though made it increasingly clear that travel bans would struggle to stop the spread of the variant. The Netherlands, Belgium and France have now all reported cases in people who were in their countries before the European Union imposed flight restrictions.

Japan announced that it would ban all foreign visitors beginning Tuesday â€” but that turned out to be too late. It confirmed its first case that day, a Namibian diplomat who recently arrived from his country.

German authorities, meanwhile, said they had an omicron infection in a man who had neither been abroad nor had contact with anyone who was.

The WHO warned Monday that the global risk from omicron is â€œvery highâ€ and that early evidence suggests it could be more contagious.

The growing number of cases attributed to omicron in Botswana and South Africa suggests that this may be the first sign of a â€œa steep rise,â€ Dr. Nicksy Gumede-Moeletsi, regional virologist for the World Health Organization, told The Associated Press on Tuesday.

â€œThere is a possibility that really weâ€™re going to be seeing a serious doubling or tripling of the cases as we move along or as the week unfolds,â€ Gumede-Moeletsi said.

After a period of low transmission in South Africa, new cases began to rapidly increase in the middle of November. Currently the country is confirming nearly 3,000 new infections per day.

The concentration of omicron cases among university students in the capital of Pretoria is a particular cause for concern because that group is very sociable â€” and will soon be heading for their homes at the end of the year and mixing with friends and family.

Doctors in South Africa are reporting patients are suffering mostly mild symptoms so far, but many of them are young adults who generally do not get as sick from COVID-19 as older patients.

Still, many officials tried to calm fears, insisting vaccines remain the best defense and that the world must redouble its efforts to get the shots to every part of the globe.

European Medicines Agency chief, Emer Cooke, insisted that the 27-nation EU was well prepared for the variant. While it is not known how effective current vaccines are against omicron, Cooke said the shots could be adapted within three or four months if need be.

The latest variant makes vaccination efforts even more important, U.S. Secretary of State Antony Blinken said, noting as many have before that â€œas long as the virus is replicating somewhere, it could be mutating.â€

In the face of the new variant, some introduced new measures aimed at mitigating the spread.

England made face coverings mandatory again on public transport and in shops, banks and hairdressers. And one month ahead of Christmas, the head of the U.K.â€™s Health Security Agency, Jenny Harries, urged people not to socialize if they donâ€™t need to.

And after COVID-19 already led to a one-year postponement of the Summer Games, Olympic organizers were beginning to worry about the February Winter Games in Beijing.

World markets continued to seesaw on every piece of medical news, either worrisome or reassuring.

Global shares mostly slipped Tuesday as investors cautiously weighed how much damage omicron may unleash on the global economy.

Some analysts think a serious economic downturn, like what happened last year, likely will be averted because many people have been vaccinated. But they also think a return to pre-pandemic levels of economic activity, especially in tourism, has been dramatically delayed.

In a world that is already unnerved by the more contagious delta variant that filled hospitals again in many places, even in some highly vaccinated nations, the latest developments underscored the need for the whole globe to get their hands on vaccines.

Meldrum reported from Johannesburg. AP journalists from around the world contributed.

Follow APâ€™s coverage of the coronavirus pandemic at https://apnews.com/hub/coronavirus-pandemic