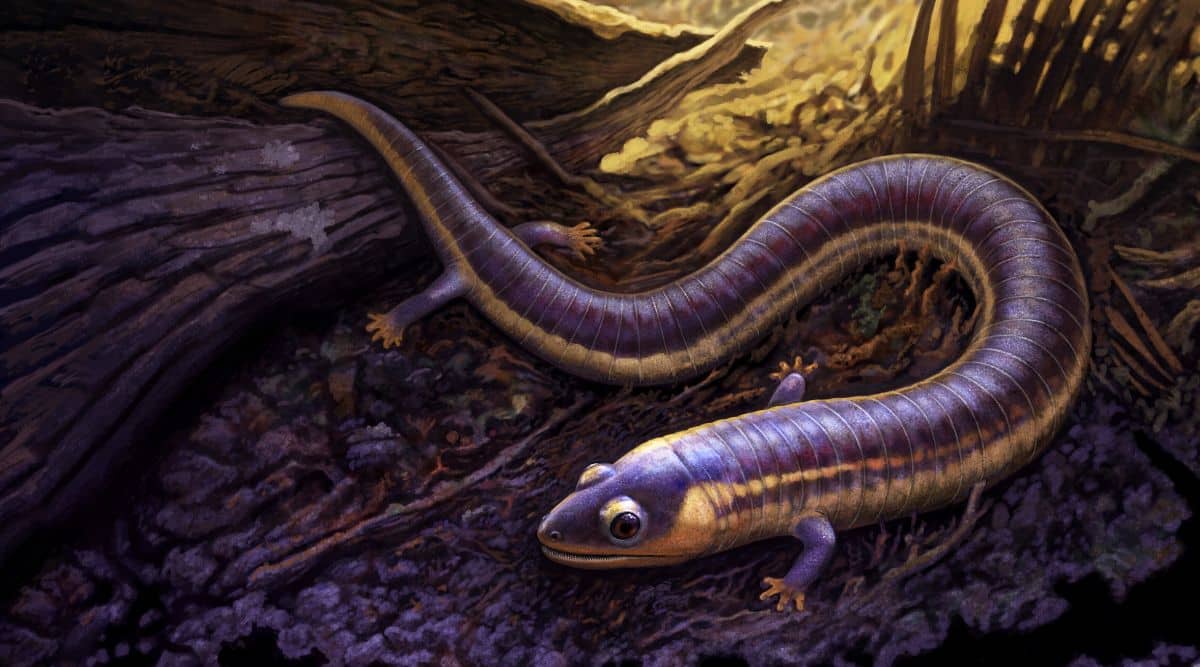 A team of palaeontologists have discovered the first Triassic-era caecilian fossils, which are the oldest of their kind, according to Virginia Tech. The find could help fill a nearly 90 million-year gap in the historical record of caecilians, where no fossils have been found before.

The team of palaeontologists discovered the first “unmistakable” Triassic-era caecilian fossil. These are the oldest-discovered caecilian fossils and extend the record of the small mammal by roughly 35 million years. Before the new study published in the journal Nature, only 10 caecilian fossil occurrences had been discovered, dating back to the early Jurassic period.

“The discovery of the oldest caecilian fossils highlights the crucial nature of new fossil evidence. Many of the biggest outstanding questions in palaeontology and evolution cannot be resolved without fossils like this. Fossil caecilians are extraordinarily rare, and they are found accidentally when palaeontologists are searching for the fossils of other more common animals. Our discovery of one was totally unexpected, and it transformed the trajectory of my scientific interests,” said Ben Kligman, co-author of the study, in a press statement.

Before the new find, the 87-million-year gap in the fossil record obscured the early evolutionary history of caecilians, leading to much debate amongst scientists over the relationships of caecilians to their amphibian relatives, frogs and salamanders.

“Funcusvermis gilmorei extends the humid equatorial pattern of occurrence seen in all known fossil and living caecilians, suggesting that the biogeographic history of caecilians has been guided by restriction to these ecological settings, likely due to physiological constraints linked to humidity, and constrained by the drift of continental plates into and out of the humid-equatorial zone after the fragmentation of Pangaea,” added Kligman.

Modern-day caecilians are amphibians with no limbs and a cylindrical bodies with compact “bullet-shaped” skulls that let them burrow underground. They spend their lives burrowing in leaf litter or soil, searching for prey like worms and insects.