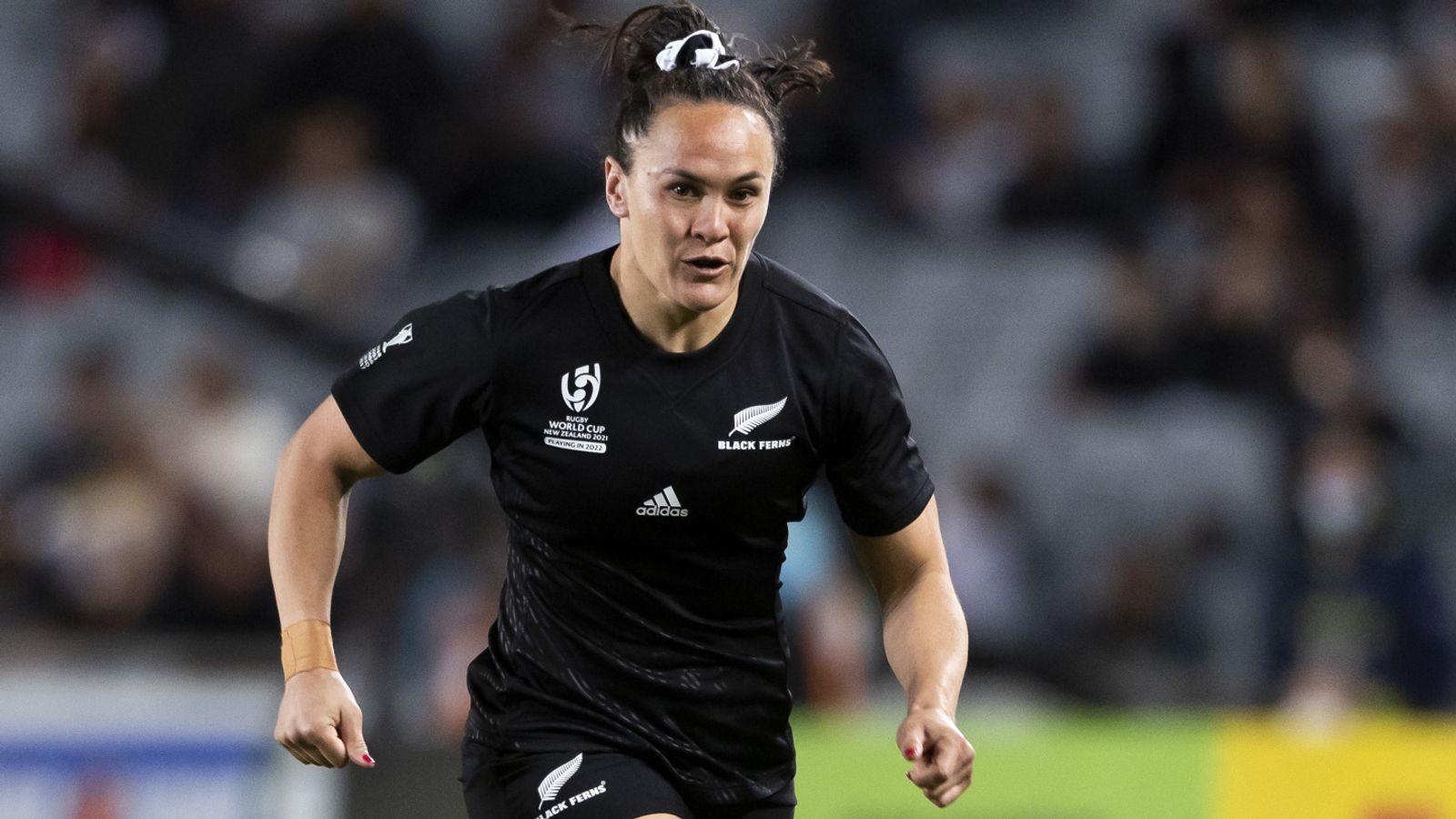 In Saturday’s earlier quarter-final, France produced a dominant second-half performance to blow Italy away 39-3, meaning they will face New Zealand in the semi-final in Auckland on November 5.

Woodman opened the scoring against Wales on 13 minutes before Ruby Tui, Sarah Hirini and Amy Rule powered the Black Ferns into a 26-3 half-time lead.

It got no better for Wales after the break, with Woodman’s second coming three minutes into the restart, and the defending champions pulled further clear as Luka Connor scored twice, Alana Bremner crossed and Ruahei Demant finished things off.

Wales, beaten 56-12 by New Zealand in the pool stages two weeks ago, were never able to get a grip on the game as the Black Ferns’ powerful pack overran them.

The opening try came from a line-out, with New Zealand quickly shifting the ball across the field and finding Woodman with the space to power over.

Wales replied with a penalty from Keira Bevan but that was only a temporary reprieve, and moments later, Woodman hauled in a high cross-field kick from Demant and laid it off for Tui to do the rest.

Theresa Fitzpatrick raced through the middle of the field and, although she was stopped short of the line, Woodman laid it off for Hirini to go over in the corner.

Ayesha Leti-I’iga was stopped short of the line after a scrum but with Wales struggling to get out of their own 22, the next try was only a matter of time.

It arrived in the 39th minute when Woodman charged forward after a line-out and Rule finished it off.

After the break, New Zealand picked up where they left off, turning it over from a breakdown as Woodman crossed to break Day’s record.

Six minutes later the Black Ferns tore up a Wales scrum and replacement Connor, just on for Georgia Ponsonby, grabbed the try.

The contest was over but the hosts were out to make a statement – and they did just that as Bremner, Connor again and Demant pushed the score beyond the half-century.

“The intensity and speed they (New Zealand) can play at and sustain for 80 minutes is somewhere we’ve got to try and get to.

“But I’m so proud of the girls’ efforts tonight, especially in the first half. We asked them to front up physically and I thought we really did.

“So much effort, commitment and sacrifice is made by these players. We’ve only been professional since January so I’m excited as to where this team can go over the next few years.”

New Zealand now take on France, who brushed aside quarter-final debutants Italy with a dominant second-half performance to triumph 39-3 in Whangarei.

Winger Joanna Grisez scored three of her side’s five tries, including a score on the overlap in the 70th minute to cap an impressive team effort.

The French, who enjoyed 61 per cent of possession, led 10-3 at the break before stepping up a gear in the second period.

Their other scores came from Laure Touye and a penalty try. Caroline Drouin registered two conversions – with Lina Queyroi adding a third – and two penalties, while the boot of Michela Sillari provided Italy’s solitary score.