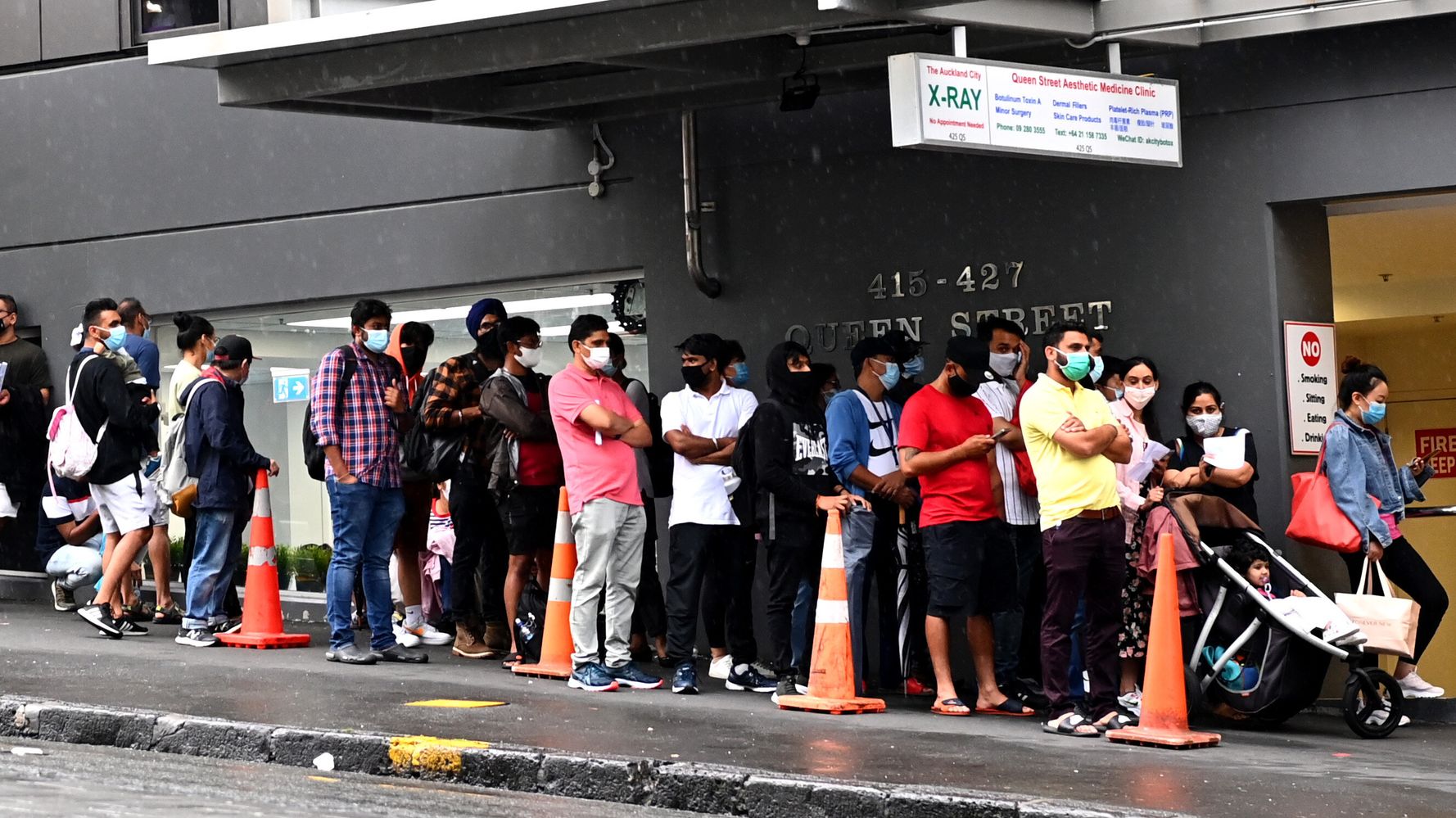 New Zealand said Sunday it would enact its highest level of COVID-19 restrictions after nine cases of the omicron variant were discovered across the country, although officials said there would not be any lockdowns in response to the new infections.

Prime Minister Jacinda Ardern said the entire country would be under its â€œredâ€ alert level from midnight on Monday morning, which mandates face coverings in many public settings and imposes capacity limits on most venues. She added that Kiwis should expect the restrictions for â€œsome weeksâ€ to come, noting she had canceled her own wedding in response to the new restrictions.

â€œI am no different to, dare I say it, thousands of other New Zealanders who have had much more devastating impacts felt by the pandemic, the most gutting of which is the inability to be with a loved one sometimes when they are gravely ill,â€ Ardern said Sunday. â€œThat will far, far outstrip any sadness I experience.â€

The cases were discovered in the small community of Nelson after a family traveled by plane to Auckland for a wedding. Several members of the family and a flight attendant on the aircraft tested positive for the omicron strain, and Ardern said the route of transmission showed that the variant was now circulating in Auckland and possibly in the Nelson region, â€œif not elsewhere.â€

On Monday, health officials said additional cases were found and 19 people were in isolation after testing positive with links to the omicron strain.

About 93% of New Zealanders aged 12 and over are fully vaccinated against COVID-19, but the country is still encouraging those eligible to get booster shots to stave off severe case numbers linked to the omicron variant. New Zealand has largely avoided the crushing waves of infections seen in other nations, including neighboring Australia, although many Pacific countries have documented their first cases of omicron in recent days.

The prime minister stressed Sunday that the red-level restrictions were not a lockdown, although people who remain unvaccinated will have significant curbs on activities. Schools and businesses will remain open, and public health officials have said testing capabilities arenâ€™t yet overburdened.

â€œAt red, businesses stay open and you can do most of things that you normally do, including visiting family and friends and traveling around the country,â€ Ardern said.

The country said in November it would abandon its long-held effort to eliminate COVID-19 cases across the nation and end the use of lockdowns to contain the virus. Instead, officials unveiled the traffic light system that gave broader freedoms to fully vaccinated people with increasing restrictions on mask usage and public gatherings under the green to red-level designations.

Local health officials have said in recent days they expect the coronavirus to become endemic in New Zealand, although they stress that the nation is far more prepared to deal with it due to high vaccination rates.