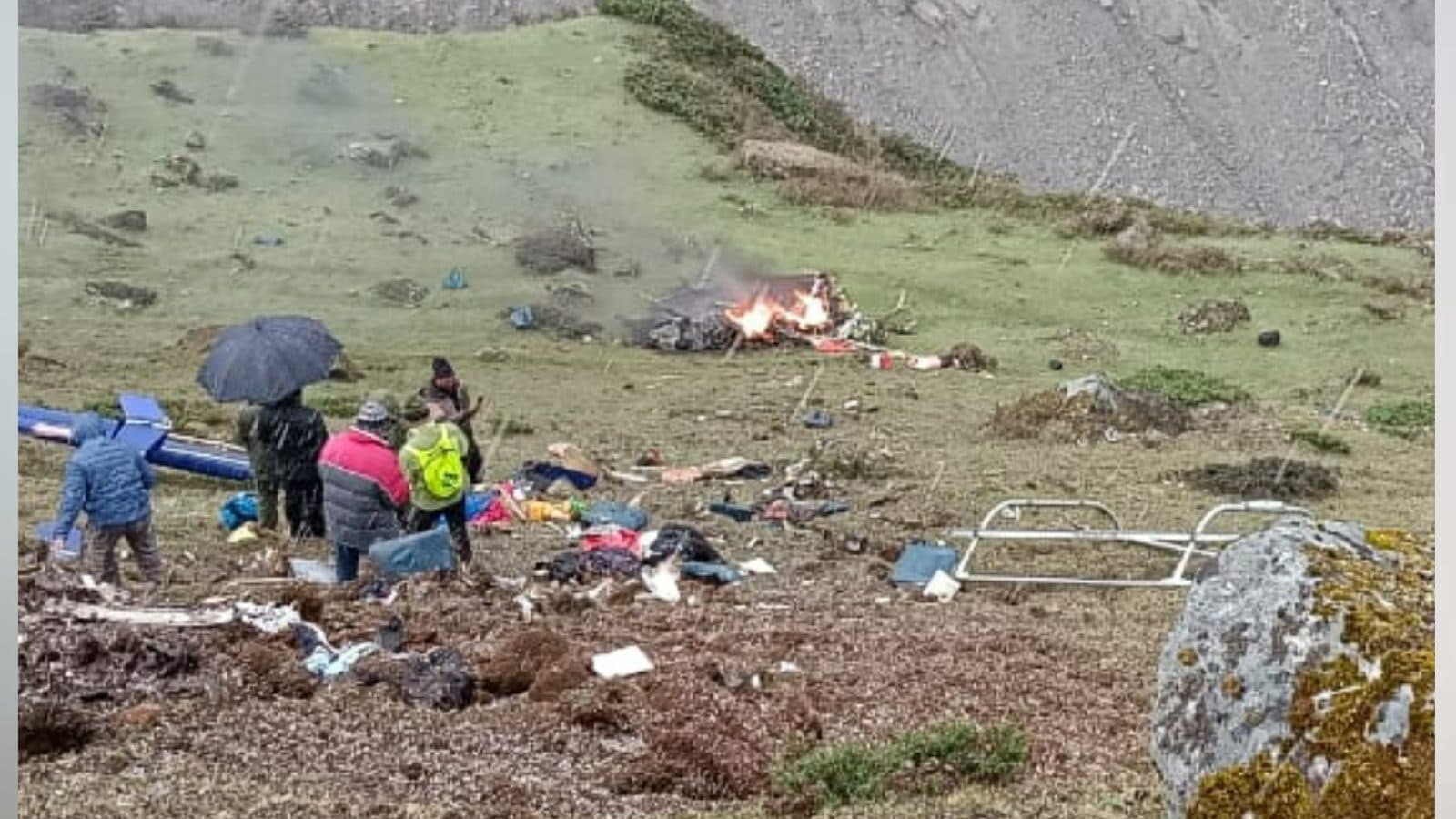 A helicopter carrying Kedarnath pilgrims from Phata village in Uttarakhand crashed on Tuesday near Garud Chatti, killing all six people who were on board. The chopper crashed moments after taking off from the Kedarnath Dham, as per initial reports. READ MORE

The Arumugasamy Commission, in its 608-page report on late Chief Minister J Jayalalithaa’s death, said that the only conclusion the panel can reach is that VK Sasikala is guilty. Based on its findings, the commission found Jayalalithaa’s close aide Sasikala, Dr Sivakumar (Jayalalithaa’s personal physician and relative of Sasikala), former health secretary Radhakrishnan and former health minister C Vijayabaskar to be guilty and requested an investigation. READ MORE

A seven-month old infant who was mauled by a street dog at a housing society in Uttar Pradesh’s Noida succumbed to injuries while undergoing treatment at a hospital on Tuesday. Parents of the infant work as labourers and were engaged in construction work at Lotus Boulevard Society of Sector 100 in Noida where the incident took place on Monday at around 4:30 pm. READ MORE

With an Embarrassing, Big NO to ‘Trussonomics’, Will Liz Lose the UK PM Post? News18 Explains

When Liz Truss ran for Prime Minister of the United Kingdom this summer, an ally predicted that her first weeks in office would be turbulent. Few, including Truss, were prepared for the magnitude of the sound and fury. In just six weeks, the prime minister’s libertarian economic policies have precipitated a financial crisis, an emergency central bank intervention, multiple U-turns, and the firing of her Treasury chief. READ MORE

Salman Khan Decided To Shelve No Entry 2 Due To This Reason? Here’s What We Know

Salman Khan fans have been quite excited ever since the announcement of the sequel of his much-loved comedy-drama No Entry was made. The Tiger Zinda Hai actor’s fans have been waiting for further details of the film including the confirmation of the star cast, and shoot dates. The latest update on the film is unfortunately an unexpected piece of news. If a report in Bollywood Hungama is anything to go by, then it is being stated that Salman has decided to shelve ‘No Entry 2’ owing to legal and financial complications. READ MORE

Alia Bhatt And Ranbir Kapoor To Welcome Their Baby in November End? Here’s What We Know

Alia Bhatt and Ranbir Kapoor are set to embrace parenthood! Soon-to-be parents Ranbir Kapoor and Alia Bhatt, who is currently basking in the success of their latest release ‘Brahmastra: Part One – Shiva’, are expected to deliver a baby anytime in the November end or December first week, according a report in Pinkvilla. Sources close to the Kapoor family informed the entertainment portral that they have enrolled Alia Bhatt’s name at the H.N. Reliance Foundation Hospital in Goregaon. READ MORE

T20 World Cup: Suryakumar Yadav Tells Batting Partner ‘Not in the Mood’ to Hit Out, Gets Out Next Ball | WATCH

India middle-order batter Suryakumar Yadav is in the form of his life. Coming into the T20 World Cup, he has been among the runs and it all started when he slammed that century against England at Trent Bridge in one summer evening in July. Although India lost the match, SKY came into his own. Since then he has scored runs against all the opposition like England, West Indies, South Africa and Australia. Talking about Australia, he scored a fifty in the T20 World Cup warm-up match at the Gabba where India edged their new arch-rivals by just 6 runs. READ MORE