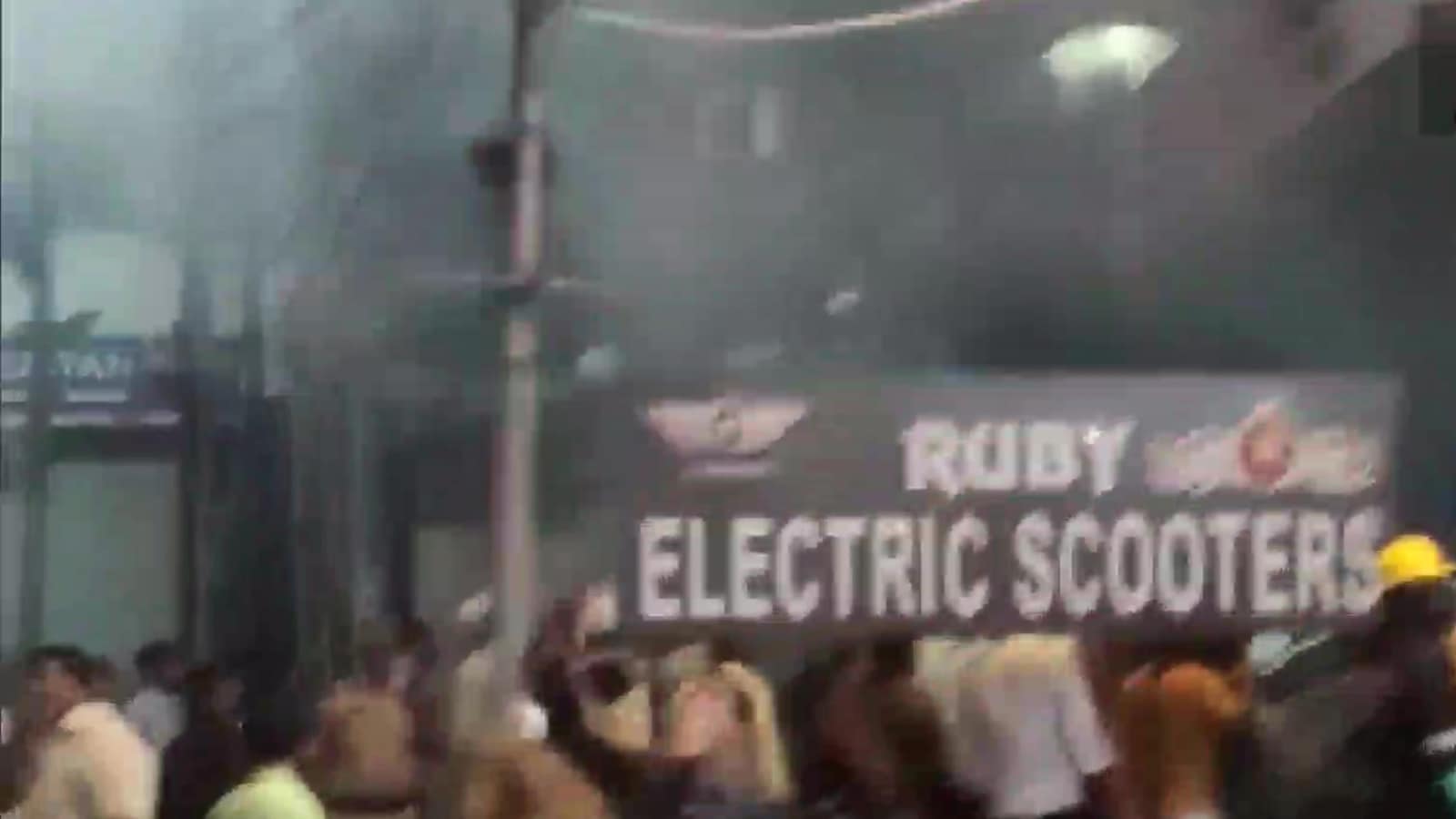 8 Killed After Fire At Secunderabad Electric Bike Showroom Spreads To Hotel, Death Toll May Go Up
At least eight people were killed and several others suffered burns after a major fire broke out at Ruby Pride Luxury Hotel in Secunderabad following an explosion in an e-bike showroom located on the ground floor of the building. There were 25 occupants in the hotel when the blaze engulfed the building (which is located close to the Passport Office) on Monday night. Official sources said that the death toll is likely to increase. Firefighters rushed to the spot and rescued seven guests, who were trapped in the multi-storeyed building. TV visuals suggested that some people tried to jump out of the hotel windows in a bid to escape the fire. READ MORE

‘Nabanna Cholo’ Showdown Updates: Hundreds of BJP Workers & Cops Face-Off Over March to WB Secretariat
In the latest showdown between West Bengal BJP and the ruling Trinamool Congress government, the saffron party on Tuesday claimed that the Bengal Police was stopping the party workers and leaders from proceeding with the ‘Nabanna Cholo’ (march to secretatiat) mega rally. The Bharatiya Janata Party (BJP) is organising the mega ‘Nabanna Cholo’ rally on Tuesday to protest against the alleged corrupt practices of the ruling TMC government. Hundreds of BJP workers heading towards Kolkata to join BJP’s Nabanna march via trains, are encountering police barricades on the way to railway stations. READ MORE

Gyanvapi Case: We Now Want Carbon Dating of ‘Evidence’ Found, Women Who Went to Court Tell News18
The five women at the forefront of the legal fight in the Gyanvapi case now want the carbon dating of the “evidence” found in the premises. Speaking to News18, they said obstacles in the way of them paying obeisance to ‘Maa Gauri’ are being removed and they hope they can soon also pay obeisance at the ‘Shivling’ in the Gyanvapi premises. The five women had filed the plea last year in August, seeking permission to hold prayers for the image of Goddess Maa Shringar Gauri, which exists at the back of Gyanvapi in Ishan Kon. The Varanasi court admitted their plea on Monday, saying the same will be heard from September 22. READ MORE

‘Pet’rified by ‘Violent’ Dogs? Reason Behind Rising Attacks Explained & Why Kerala Wants to Kill Strays
A string of recent incidents of dog bites have not only brought pet owners into the firing line but also drew the attention of the government and law enforcement agencies to the problem. Visuals of dogs attacking people in elevators and outdoor spaces, and reports of such attacks against strangers have pointed fingers at the serious concern which was earlier. Recently a dog owner in Lucknow was detained for questioning after his pet bit the private parts of a person. In the complaint submitted to the police, Sankalp Nigam, who was bitten by the dog, said he was returning from a ‘jaagran’ at around 10.30 pm when one Shankar Pandey’s dog bit him badly on his private parts. READ MORE

Mukul Rohatgi Will Return as Attorney General as KK Venugopal Declines Extension: Sources
Senior advocate and ex-attorney general Mukul Rohatgi is set to become the 16th Attorney General of India as the present AG K K Venugopal has expressed disinterest in extension of the post beyond September 30. Sources told News18 that the official requirements are yet to be complete in this regard. Once done, Rohatgi will likely assume the role on October 1. This would be Rohatgi’s second stint as A-G, after his first between June 2014 and June 2017. Venugopal had succeeded Rohatgi as AG in June 2017 after the union government had expressed reservations in giving the latter a two-year extension in addition to his three-year term. READ MORE

After 2 Years of Facing Each Other at Gogra-Hot Springs, India And China Pull Back Troops from Friction Point
After over two years of facing each other at the Gogra-Hot Springs area (Patrol Point 15), India and China pulled back troops from their positions at this major friction point along the Line of Actual Control (LAC) on Monday, even as the disengagement process will only be complete after a formal verification between the two sides on Tuesday morning, News18 has learnt. Sources in the government told News18 that the troops have moved back to distances ranging up to 2km from their positions so far at PP-15, but an official word is expected on Tuesday after the verification process. READ MORE