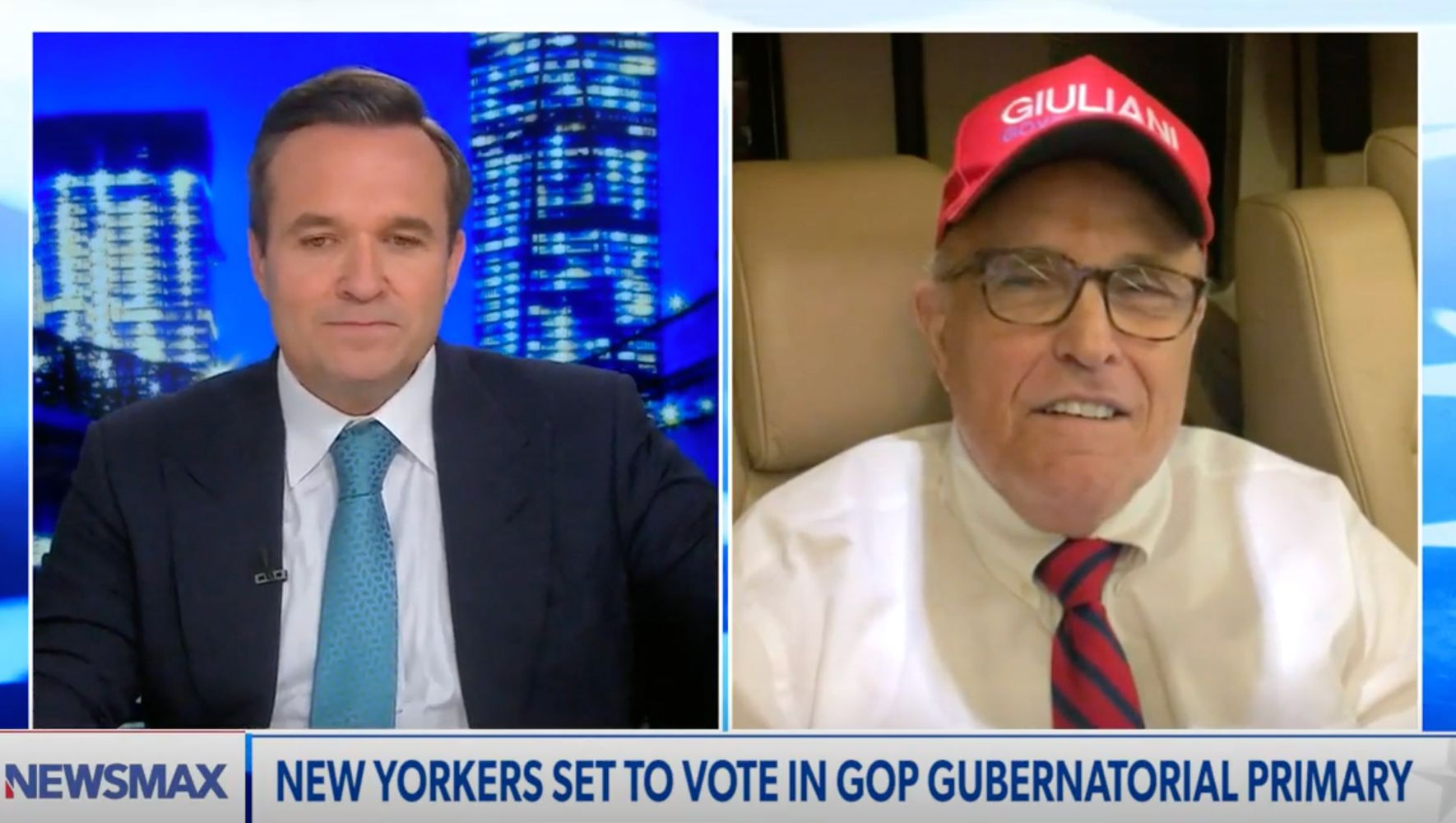 Even Newsmax wasn’t sure about Rudy Giuliani’s story that he was violently assaulted at a Staten Island grocery store.

The former New York mayor and lawyer for Donald Trump had a man arrested Sunday for slapping him on the back. Giuliani said the store worker approached him and said, “What’s up, scumbag?” and hit him in a way that felt “like somebody shot me.” Video footage of the encounter in the ShopRite store showed a man hitting him on the back with an outstretched hand.

During an appearance on the right-wing news network on Monday, Giuliani mentioned that he was “attacked yesterday.”

Newsmax host Greg Kelly said he was aware of the incident and “I want to show the people what happened.” He aired a clip of the encounter.

“I gotta be honest. It doesn’t look that bad,” he commented. “But I understand that looks can be deceiving.”

Giuliani told Kelly that the woman who was rubbing his back afterward told police that “the guy hit me so hard that she herself almost fell from the reverberation of it.”

“Alright, good. Well, that makes sense! I’m sorry that you were roughed up. The campaign trail is crazy,” Kelly replied.

The 39-year-old ShopRite employee, Daniel Gill, was charged with assault with intent to cause physical injury, harassment in the second degree and menacing in the third degree, CNN reported.

The Legal Aid Society, which is representing him, said their client had merely patted Giuliani on the back to get his attention.

“The charges facing Daniel Gill, who has no previous contact with the criminal legal system, are inconsistent with existing law. Our client merely patted Mr. Giuliani, who sustained nothing remotely resembling physical injuries, without malice to simply get his attention, as the video footage clearly showed,” the statement said, according to CNN.

“Mr. Gill was then followed and threatened by one of Mr. Giuliani’s associates who allegedly poked Mr. Gill in the chest and told him that he was going to be ‘locked up.’ He was then needlessly held by the NYPD in custody for over 24 hours,” the organization said in the statement.

“Given Mr. Giuliani’s obsession with seeing his name in the press and his demonstrated propensity to distort the truth, we are happy to correct the record on exactly what occurred over the weekend on Staten Island.”

Giuliani was one of Trump’s top legal henchmen in the former president’s effort to overthrow the 2020 election. In explosive testimony on Tuesday to the House select committee investigating the Jan. 6, 2021, attack on the U.S. Capitol, a senior White House aide testified that Giuliani requested a presidential pardon after the riot.