Some applications for the £100 Spend Local voucher have been denied to women because their name on their birth certificate does not match their married name, it has been claimed.

he issue came to light in reports from several callers to BBC Radio Ulster’s Nolan Show, when two women said they have experienced the same problem, claiming they have tried multiple times to submit documents as part of the application process for the scheme to prove their identity, but to no avail.

Designed to boost the local economy and businesses hard hit by the pandemic, the voucher scheme is open to everyone over the age of 18 and the Department for the Economy revealed last week that there have been over 1.4 million applications to date.

The voucher is in the form of a pre-paid card that can be used in shops with a chip-and-pin machine.

After applying for the voucher, you receive an email requesting that you upload further information to verify your identity – one to confirm your residency and another with your date of birth.

Bangor resident Lynne Atchison said she applied for her voucher on September 27 and she received an email last Wednesday saying she had failed the identification step of the process.

“I uploaded the appropriate documents including my birth certificate, as I don’t hold a driver’s licence or a current passport as it is expired,” she said.

“Because my birth certificate was in my maiden name I also uploaded my marriage certificate so there would be no confusion as to who I was. I uploaded my mortgage statement with my name and address on it, and a working tax credit award for this year.

“I gave them loads of stuff but I just got an email this morning saying I had failed identification again… When I clicked on the email it said it’s because the name on my birth certificate is different from the name on my application. Of course it is – I’m married and that’s the whole reason why I sent them my marriage certificate to start with.”

Ms Atchison said she contacted the helpline number for the scheme and was told to send an email outlining her case so it can be investigated. She added that her daughter works for the Electoral Office and she was able to find her details easily in her system using just her mother’s name and address.

“I’m on both the electoral list and the DWP (Department for Work and Pensions) database, so how could they (running the voucher scheme) not find me with so much more information that I’ve sent them?” Ms Atchison said.

“I’m not happy because I have lived in Northern Ireland my entire life and I think that I, like many others, deserve to have the Spend Local voucher. My husband and children work and pay their taxes so why is it happening to us?”

Other callers to the show backed up Ms Achison’s claims.

One Belfast resident, Sharon, said she has sent in “every document known to man” as part of her application, and has been repeatedly turned down.

“I’ve sent government documents and my birth certificate, which was turned down because it has a different name to my married name,” she said.

“If I send them any more documents what they’ll need is a DNA test – what more can a person do to get this voucher?”

Applications for the scheme closed on October 25 and the cards will have to be used by the end of November.

The Department for the Economy has been contacted for comment. 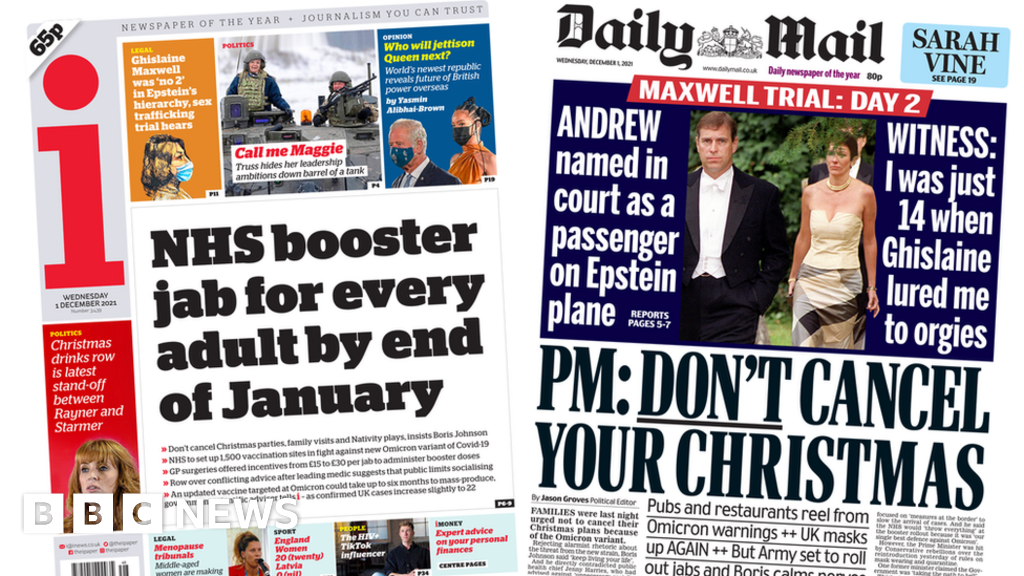 COVID-19: BioNTech boss says ‘don’t freak out’ about Omicron as Pfizer vaccine likely to protect against severe disease from variant