Nina Turner, A Progressive Star, Is Running For Congress Again 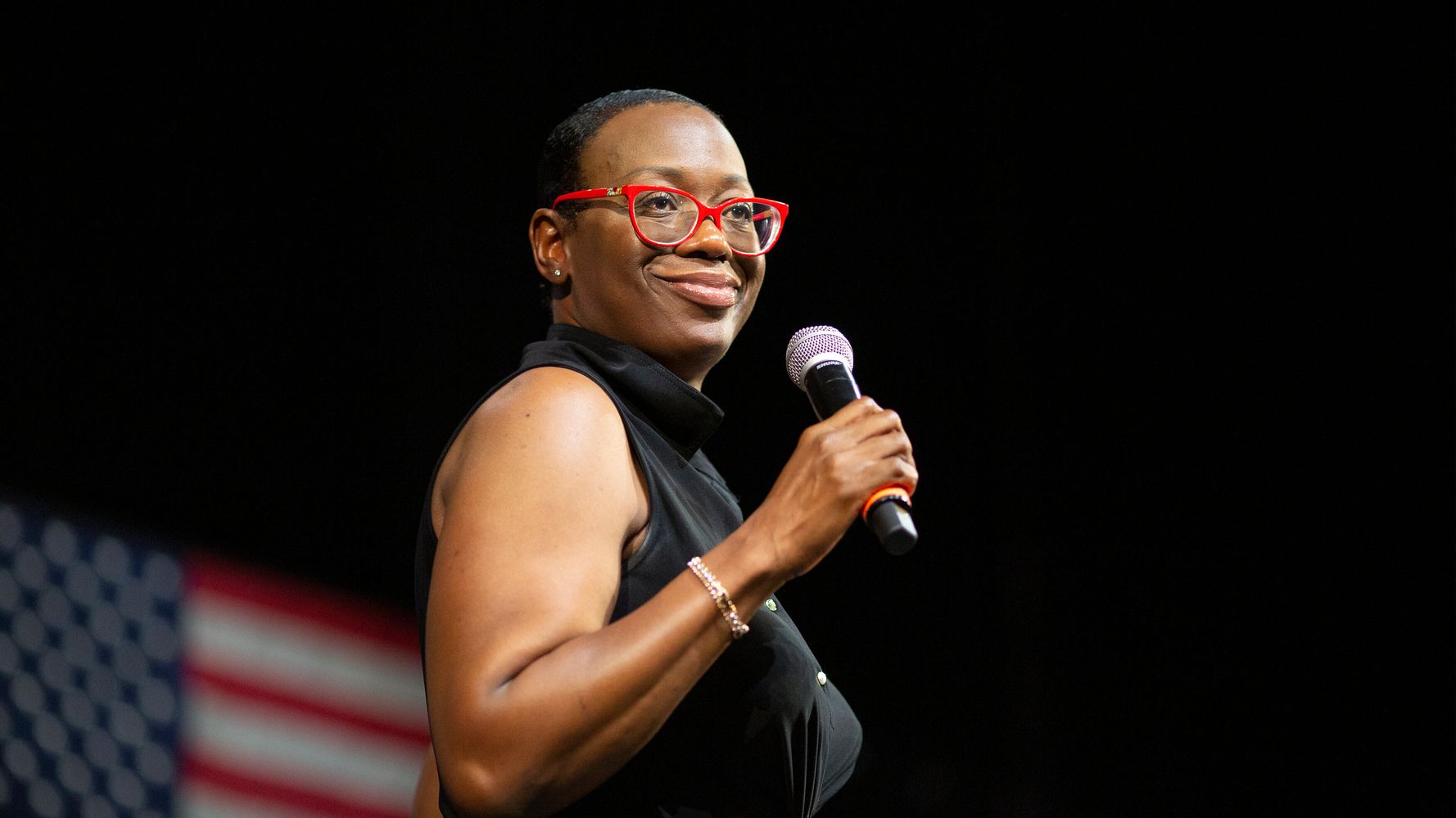 Nina Turner, a former Ohio state senator with a dedicated progressive following, is challenging Rep. Shontel Brown in Ohioâ€™s Democratic primary in May, setting up a rematch of their closely watched showdown this past August.

Turner plans to argue that her status as a fighter capable of inspiring grassroots enthusiasm makes her a good fit to push back against a â€œhandful of holdoutsâ€ on the Democratic side who are obstructing President Joe Bidenâ€™s agenda.

â€œWhen we look over the course of last year, families are still struggling â€”with higher gas and food prices, stagnant wages and shrinking benefits, while corporations make record profits,â€ Turner said in a Wednesday statement announcing her bid. â€œWe can get an agenda through Congress that puts working families first but it is being blocked by a handful of holdouts. Obstruction of the Democratic agenda is hurting greater Cleveland and as the next Congresswoman, I am going to fight back.â€

Turner also released a video emphasizing her scrappy approach to lawmaking, noting that she does not accept contributions from corporate PACs. Brown, who is a member of both the Congressional Progressive Caucus and the business-friendly New Democrat Coalition, made no such pledge during her successful first run for Congress.

â€œThese are unprecedented times. Our leaders canâ€™t settle for â€˜just enough,â€™â€ Turner says in the video. â€œThey must fight for what we deserve.â€

â€œGreater Cleveland needs a change maker, not someone who will just go along to get along,â€ she adds.

After dispensing with Turner, Brown, a Fudge protÃ©gÃ©e, easily won a special general election to fill the seat in November.

Turnerâ€™s loss remains a sore point for her many fans, particularly on the activist left. A popular public speaker, Turner inspired progressives with her early and enduring support for Sen. Bernie Sanders (I-Vt.) during the 2016 and 2020 presidential primary elections.

Turnerâ€™s defeat was especially disappointing for her many progressive fans because she out-fundraised Brown and initially appeared to have the race in the bag. That lead dissipated under sustained attack from leading members of the Congressional Black Caucus and pro-Israel groups like the Democratic Majority for Israel, which spent about $2 million trying to ensure Brownâ€™s victory.

The onslaught â€” derided by progressives as a reflection of the lengths that the party establishment would go to squash a left-wing icon â€” nonetheless exposed weaknesses in Turnerâ€™s candidacy that could haunt her in a rematch.

Brownâ€™s allies were able to paint Turner as a Democratic turncoat precisely because her freewheeling style had given them ample material from which to draw. Her July 2020 comments appearing to liken the race between then-President Donald Trump and Biden to a hypothetical choice between a â€œbowl of shitâ€ and â€œhalfâ€ a bowl of shit proved especially damaging. And despite a fundraising edge, management errors led her campaign to let Brown go unanswered on the television airwaves during the critical month of June.

Turnerâ€™s task is likely to be even more difficult in the coming primary election. It is almost always harder to unseat an incumbent member of Congress than defeat a rival candidate in an open race.

Turner may have the benefit of a more favorable congressional map. The GOP-controlled Ohio state legislature approved new congressional district boundaries in October that added more of Clevelandâ€™s West Side and Western suburbs into the district. Those suburbs included the town of Lakewood, known as a progressive bastion.

Earlier this month, however, the Ohio state Supreme Court struck down the new map on the grounds that it unfairly advantaged Republicans in the state. State lawmakers have 30 days from the time the court issued the decision to submit a new proposal.